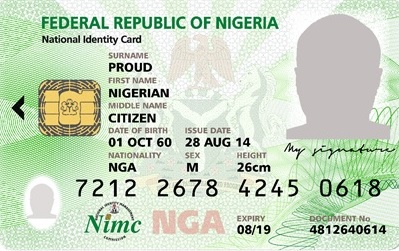 Good morning and welcome to another Monday edition of TC Daily! Was this mail forwarded to you? Please take a moment to subscribe here to join our community!

Nigeria is a broke boi! The country has a revenue problem which is obvious from the government’s desperate attempts to raise money. Last month, the country’s tax collector said it will impose a tax on e-commerce transactions, the executive arm of government has proposed raising VAT from 5% to 7.5% and last week the CBN ordered banks to impose processing fees for deposits and withdrawals on individual and corporate accounts. Abubakar tries to make sense of it all here. Short answer; it makes no sense.

Facebook has rolled out Ad Breaks in Nigeria, Kenya, Ghana and South Africa. The feature allows video creators in Africa to monetize their content. Creators can choose from three formats, the type of ad they want. The feature was first launched about a year ago in Australia, Canada, France, Germany, Italy, Mexico, New Zealand, Spain, the UK, and the US.

OPay’s office in Kano, Northern Nigeria has been shut down for failing to get government clearance before launching in the city. The office was shut down by armed personnel on Thursday, September 19. OPay launched OTrike its auto-rickshaw hailing (tricycle on demand) service in Kano after concluding a partnership with the Tricycle Operators Association of Kano State (TOAKAN). While the service is still available to riders, the government has set-up a committee to investigate the company according to a report by TechPoint.

It’s five (5) days to TC Townhall: Mobility and we are super pumped! TC Townhall: Mobility is a forum about the future of Africa’s transport and logistics tech sector holding on the 27th of September, 2019. Last weekend, we announced some new speakers. They include Nnena Nkongho, Principal at DiGAME, Lola Kassim, GM West Africa at Uber, Sodiq Oloko, Operations & Fulfillment Lead at LifeBank as well as Titi Akinsanmi, Government & Public Policy Lead WA at Google.

You can attend all three workshops because they hold at different times. To attend, get tickets to the event via this link. There is a  20% discount if you or your organisation would like to purchase five (5) tickets or more.

South Africa saw a 13.8% increase in new VC deals in 2018 according to a report by the Southern African Venture Capital and Private Equity Association (SAVCA). New VC deals increased from 159 in 2017 (US$102.4 million) to 181 in 2018 (US$68.3 million). The SAVCA says that there’s been a significant surge of deals in the energy and financial services sectors.

French-based startup FairMoney recently closed a $10 million Series A round led by Omidyar’s Flourish. The startup which started with mobile lending is now looking to build a fully-fledged mobile banking offering in Nigeria and beyond. But its business and customer-centric strategy face a major setback with Google’s recent announcement to curb ‘predatory lending.” Kay analyzes what this means for Fairmoney and reports what its response could be. Meanwhile, in Kenya, the Central Bank governor has criticized digital lending apps for predatory practices.

#JollofRoad has gone live! The bus got on the road yesterday and Toke published the first journal entry here! Toke will be travelling with Fu’ad and Kayode across 14 West African countries for 80 days exploring culture, cuisine, music, and everything in between. They will go from Lagos, Nigeria, through Benin, Togo, Senegal, Mali, across West Africa and back. Follow them on this epic adventure via http://jollofroad.com.

Nigeria’s National Identity Management Commission has secured $433 million from foreign donors including the World Bank and European Union to issue identity numbers to its citizens. The agency plans to work with other agencies and the private sector to launch a new digital system by the end of September. NIMC is doing this in a bid to fix the nation’s fragmented identity system with no less than 13 federal and state agencies offering their own identity services. The new enrollment campaign, the agency expects, will be completed in five (5) years. Only 38% of Nigerians currently have some form of identity.

Quartz has announced the 2019 class of its African innovators’ award. They include Getnet Assefa, Founder at iCog Labs; Fatoumata Bâ, Investor/Entrepreneur; Abasi Ene-Obong, CEO at 54Gene and Odunayo Eweniyi, Co-founder at PiggyBank, among others. Check out the full list here.

The UNICEF Innovation Fund is looking for startups focused on learning, remote work and connecting young people with job opportunities. If you are working on open source solutions and willing to be open source, apply here before September 30 for an opportunity to get funding.

Have a productive week.