Tapping the economic potential of Nollywood and football 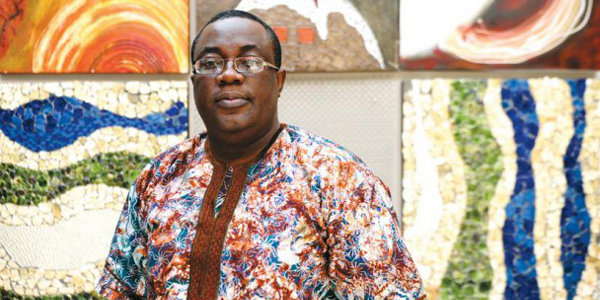 His first attempt at business was a company to help ease people’s access to reading materials, but Nigerian entrepreneur Chike Maduegbuna soon realised the reading culture in his country was low. Instead he spotted an opportunity to help brands reach people beyond traditional media. So he established FansConnectOnline, a digital marketing, social media and mobile app development company which has worked for blue-chip companies including MTN, Cadbury, FrieslandCampina, WAMCO and Samsung.

Successes include building the largest football-based social networking website in Nigeria and developing a mobile application called Afrinolly that enables people to watch short films via their mobile phones. Maduegbuna talks to Dinfin Mulupi about Nigeria’s film and football industries, and the opportunities they provide for technology companies.

You built the largest football-based social networking website in Nigeria. Describe the football culture in Nigeria and the gaps you filled.

We launched the football platform early 2010 because football is a huge passion point among young people in Nigeria. We created a platform where they can connect, interact, brag and also be rewarded for just being fans. Tagged “where passion meets reward” the platform allows football fans to win rewards daily, weekly and quarterly as they participate in the different games on the platform. Football is a business where the football associations, clubs, managers, players and others in the delivery line are rewarded, but the only people not rewarded are the fans – the very engine that keeps the game relevant. There was no platform before ours which rewarded fans online the way we did, and it grew rapidly, attracting brands such as Cadbury and Peak Milk who wanted to reach this demographic online for the 2010 World Cup.

What motivated you to build Afrinolly?

The app is available worldwide for free download and used in several African countries plus Europe, America and the Middle East. We now have over 4 million downloads and have remained at the forefront of maximising technology and mobile options for distributing African content.

Tell us about the economic potential of Nollywood. Has it been fully utilised digitally?

Nollywood has huge economic potential. Nigeria alone has over 130 million active mobile phone subscribers and over 15% of them can spend as much as $10 monthly to view Nollywood movies on their smart phones and tablets. And there are double this number viewing Nollywood movies elsewhere in Africa, not to mention potential viewers in the diaspora. In my opinion this potential has not been fully utilised because of inefficient content distribution systems which continue to erode profitability and discourage reinvestment in the industry. The limited number of cinemas and lack of effective piracy-free distribution systems have been the limiting factors. This is why we have gone mobile first at Afrinolly and are working with telecommunication companies across Africa to get content to users in a way that will benefit all parties, most especially the film makers.

What are your thoughts on the technology start-up space in Nigeria?

Technology has evolved a lot within the last 10 years and it has been embraced in Nigeria like in so many other countries. This has given rise to start-ups aiming to solve peculiar problems using technology. The technology start-up space in Nigeria is growing rapidly, funded at various levels by VCs both locally and internationally. We could soon be seeing start-ups being bought by technology companies trying to enter the African market. That, I believe, is the next level for tech start-ups here as companies become profitable, and the need to expand grows. Mobile technology in Africa is a fast-growing market and nowhere is the effect more dramatic than in Nigeria with 130 million subscribers. This has encouraged the development of several mobile applications targeting various sectors of the economy. Mobile technology has increased access in every way imaginable.

Describe some of the challenges you face running your business.

Businesses here face challenges brought about by low infrastructure, or in some cases no infrastructure at all. Power generation and distribution is still a major problem. We run generators most of the day and you can only imagine the cost for a technology company running 24/7 operations. The availability of reliable and relatively affordable broadband internet is still a challenge we face in Nigeria. It has improved over the years, but there is still much room for improvements.

What are some of the lessons you have learnt in your entrepreneurship journey?

Truth is nothing fully prepares you for the challenges faced as an entrepreneur; you learn and re-learn as challenges are thrown-up. I spent my time in paid employment working in consulting and helping companies/organisations understand how they can improve on what they do by focusing on what really works. This knowledge has been invaluable in running a fast-paced, innovative technology company like ours.

And your future plans for your company and Afrinolly?

We are focusing more now on expanding the technological possibilities of Afrinolly. We just moved into Afrinolly Space, a creative hub where film practitioners can learn, collaborate and create. It was opened for the provision of creative platforms and economic opportunities for established and emerging film makers, mobile technology developers, innovative voices, animators, private screenings, industry trainings and events. We want to contribute technological solutions to the development of quality film/video content from Nigeria and the rest of Africa. Our current project is a studio facility which we are setting up in Nigeria to facilitate the production of shows, TV series, music videos and lots more in a controlled environment. Within the next five years we want Afrinolly to be the largest database of African film practitioners in the world, and also a multi-million dollar digital distribution company.