Survey sheds light on bribery and corruption in Africa 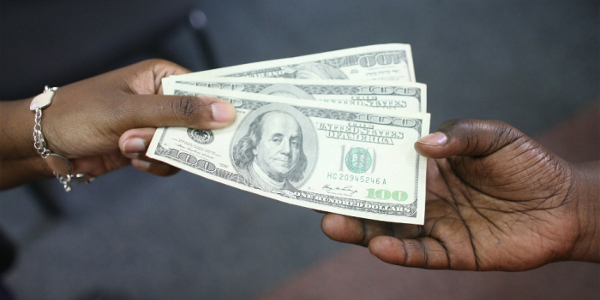 Incidents of bribery have increased, but so has general awareness of anti-bribery compliance among organisations: these were some of the high-level findings of a recent survey conducted by ENSafrica.

Our survey further found that organisations:

reported fewer incidents of bribery as opposed to those who do not.

Having an effective anti-corruption programme is more important for companies today than ever before. Many companies are now recognising the potential reputational harm, economic costs, fines, penalties and potential criminal prosecution that bribery and corruption pose to their business. For years the United States was the only country that rigorously pursued the payment of bribes outside of its territorial boundaries through the Foreign Corrupt Practices Act of 1977 (FCPA). More recently, the British Government has also become a serious anti-bribery compliance enforcement role player, through the UK Bribery Act of 2010.

In South Africa, the authorities have introduced onerous anti-corruption requirements via regulation 43 of the Companies Act 71 of 2008. Further, section 34 of the country’s Prevention and Combating of Corrupt Activities Act 12 of 2004 (PCCA) also imposes strict reporting requirements on those holding positions of authority. It is imperative that companies understand and comply with these requirements.

The survey covered the following six critical themes, which will be discussed in more detail below:

A commercial organisation’s procedures to prevent bribery by persons associated with it should be proportionate to the bribery risks it faces, as well as to the nature, scale and complexity of the organisation’s activities (adapted from the UK Ministry of Justice, Guidance on the Bribery Act 2010).

Fewer organisations feel they are highly exposed to bribery in Africa (17% as opposed to 50% in 2013), which may be attributed to organisations embracing the challenges of anti-bribery compliance and starting to build workable compliance programmes that mitigate bribery risks.

78% of organisations now include anti-bribery clauses in their company’s contracts and agreements with third parties, with 82% having adequate controls in place to identify high-risk or irregular disbursements.

82% of respondents have a dedicated whistle blower or ethics facility for employees to report incidents of bribery, with 52% of incidents having been reported in this way, as opposed to email and verbal reports to management.

Tone at the top

The top-level management of a commercial organisation (be it a board of directors, the owners or any other equivalent body or person) should be committed to preventing bribery by persons associated with it (adapted from the UK Ministry of Justice, Guidance on the Bribery Act 2010).

Our survey revealed that 89% of organisations have buy-in from top management (top-level commitment) into their anti-bribery compliance programmes. Companies with top-level commitment reported fewer incidents of bribery as opposed to those without. 56% have compliance officers who have direct reporting lines to the CEO, with 79% having anti-bribery as an agenda item at board or ethics and compliance committee meetings.

A successful anti-bribery compliance programme must start with a clear commitment from top management, and it is impossible to effectively implement such a programme without the CEO’s support and commitment. Equally important, employees must be able to see that the CEO is beyond reproach at a personal level.

A commercial organisation should assess the nature and extent of its exposure to potential external and internal risks of bribery on its behalf by persons associated with it. This assessment should be periodic, informed and documented (adapted from the UK Ministry of Justice, Guidance on the Bribery Act 2010).

The risk assessment is a critical building block in anti-bribery compliance and will identify inadequate controls and procedures, high-risk markets and risky business partners. This will guide the company in its approach when entering certain jurisdictions or in its decisions to avoid certain markets or business partners. Ultimately, the risk assessment will prepare the company to operate in challenging environments, knowing that it has identified key risks and processes, and that controls are in place to mitigate bribery. Only once a company has assessed potential bribery risks can it start thinking about designing its compliance programme.

A commercial organisation should apply due diligence procedures by taking a proportionate and risk-based approach in respect of those who perform or will perform services for, or on behalf of, the organisation, in order to mitigate identified bribery risks (adapted from the UK Ministry of Justice, Guidance on the Bribery Act 2010).

Commercial organisations should seek to ensure that their bribery prevention policies and procedures are embedded and understood throughout their organisations through internal and external communication (including training), which is proportionate to the risks they face (adapted from the UK Ministry of Justice, Guidance on the Bribery Act 2010).

Most organisations surveyed communicate their whistle blower facility to their employees during induction training and bi-annual or annual staff training sessions. 39% of organisations without a whistle blower facility believe that they do not need one, while 31% of participants indicated that they were in the process of developing such a facility.

Our survey found that organisations that provide their employees and third parties with anti-bribery training experience less incidents of bribery as opposed to those that do not.

In order for an anti-bribery compliance programme to be effective, it is critical that it is communicated to all employees and third parties and that they know and understand their company’s policies and procedures, as well as the substantial personal and corporate sanctions for non-compliance.

Commercial organisations should monitor and review procedures designed to prevent bribery by persons associated with it and make improvements where necessary (adapted from the UK Ministry of Justice, Guidance on the Bribery Act 2010).

51% of organisations reported updating their anti-bribery programme annually, with 31% making use of external consultants to implement their programme.

Our survey further found that organisations feared they would be most severely impacted by reputational damage, financial loss, share price and staff retention and recruitment (in that order) if corruption was discovered within their organisation.

Anti-bribery compliance requires a much more robust approach than developing a simple stand-alone policy. Over and above this, organisations need to develop anti-bribery processes, procedures and controls and implement these throughout their business. High-risk areas may include: