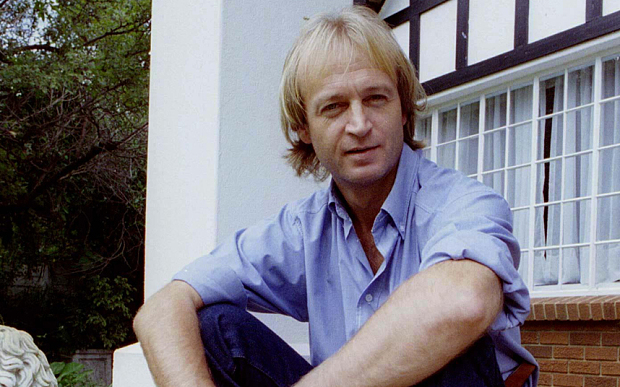 Mercenaries from South Africa have proved quietly decisive in helping the Nigerian military turn around its campaign against Boko Haram, writes Colin Freeman in Abuja.

With their roots in South Africa apartheid-era security forces, they do not fit the standard image of an army of liberation. But after just three months on the ground, a squad of grizzled, ageing white mercenaries have helped to end Boko Haram’s six-long year reign of terror in northern Nigeria.

Run by Colonel Eeben Barlow, a former commander in the South African Defence Force, the group of bush warfare experts were recruited in top secrecy in January to train an elite strike group within Nigeria’s disorganised, demoralised army.

Some of the guns-for-hire cut their teeth in South Africa’s border wars 30 years ago. But their formidable fighting skills – backed by their own helicopter pilots flying combat missions – have proved decisive in helping the military turn around its campaign against Boko Haram in its north-eastern strongholds.

• Who are Nigeria’s Boko Haram Islamists?

The Islamists have now fled many of the towns they once controlled, leading to the freeing of hundreds of girls and women last week who were used by Boko Haram as slaves and bush wives.

The role of Col Barlow’s firm in turning around one of the most vicious African insurgencies of modern times has been kept largely quiet by Nigeria’s outgoing president, Goodluck Jonathan, who lost elections six weeks ago to ex-general Muhammadu Buhari.

But last week, Col Barlow discussed his company’s role in a seminar at the Royal Danish Defence College, and in a separate interview with a Sofrep.com, a special forces website, he described in detail the “aggressive” strike force that was created to push Boko Haram onto the back foot.

“The campaign gathered good momentum and wrested much of the initiative from the enemy,” said Col Barlow, 62. “It was not uncommon for the strike force to be met by thousands of cheering locals once the enemy had been driven from an area.”

He added: “Yes, many of us are no longer 20-year-olds. But with our age has come a knowledge of conflicts and wars in Africa that our younger generation employees have yet to learn, and a steady hand when things get rough.”

During apartheid, Col Barlow served with the South African Defence Force, a mainly white military unit that defended the regime against insurrection and fought border wars in neighbouring Angola and what is now Namibia.

In 1989, as apartheid was beginning to crumble, he co-founded Executive Outcomes, a private military company made up of many ex-members of South Africa’s security forces. One of the first modern “private armies”, in 1995 it successfully helped the government of Sierra Leone defend itself against the rebels of the Revolutionary United Front, notorious for chopping off the arms of their enemies.

Another co-founder of Executive Outcomes, which dissolved in 2000, was Simon Mann, the Old Etonian later jailed in Equatorial Guinea over his attempts to plot a coup there.

Col Barlow’s new company is known as STTEP, which stands for Specialized Tasks, Training, Equipment and Protection. It is thought to have sent around 100 men to Nigeria, including black troopers who previously served in elite South African units. Others even fought as communist guerrillas against the South African Defence Force.

It is not known how much the Nigerian military has paid for STTEP’s services. But the fact that the Nigerian government felt it necessary to bring them in raises questions about the level of help that it was receiving from the British and US militaries, who offered mentoring packages in the wake of Boko Haram’s kidnapping last year of more than 200 schoolgirls from the north-eastern town of Chibok.

Describing Boko Haram as “a bunch of armed thugs who have used religion as the glue to hold their followers”, Col Barlow said the initial plan was for his men to train up a team to help free the schoolgirls. However, as Boko Haram continued to run amok across northern Nigeria, massacring hundreds at a time in village raids, the plan turned to schooling Nigeria’s largely traditional army in “unconventional mobile warfare”.

Key to this was a tactic known as “relentless pursuit”, which involved mimicking Boko Haram’s hit-and-run tactics with non-stop assaults. Once the insurgents were on the run and their likely route established, members of the strike force would be helicoptered into land ahead of them to cut off their likely escape routes, gradually exhausting them.

The South Africans even used bush trackers to work out where their enemies were going, an old-fashioned art that proved vital in Boko Haram’s forest hideouts. “Good trackers can tell the age of a track as well as indicate if the enemy is carrying heavy loads, the types of weapons he has, if the enemy is moving hurriedly, what he is eating, and so forth,” said Col Barlow.

While the Nigerian government has insisted the South Africans’ role was mainly as “technical advisers”, Col Barlow suggested his men had been involved in direct combat. His air power unit was “given ‘kill blocks’ to the front and flanks of the strike force and could conduct missions in those areas,” he said. His forces also helped with intelligence gathering, troop transportation and evacuation of casualties.

Mr Jonathan’s decision to hire STTEP came just ahead of March’s elections, when his government’s failure to either tackle Boko Haram or free the kidnapped Chibok schoolgirls was a major issue. He has promised that when Mr Buhari takes over at the end of this month, Boko Haram will be a spent force, although it is not yet clear whether the Buhari government will renew STTEP’s contract.

Col Barlow warned that while the Nigerians had done well within three months that he had been contracted to mentor them, “the enemy was able to flee the battlefield with some of their forces intact, and will no doubt regroup and continue their acts of terror.”

The involvement of STTEP in Nigeria will inevitably reignite the debate over whether private military companies should be used in conflicts. Human rights groups question whether they are publicly accountable, and in South Africa especially, their background in the apartheid-era makes some uneasy.

However, Col Barlow, whose firm has a code of conduct for behaving “in a legal, moral, and ethical manner” said that private companies were often better than UN or Western trainers of African armies. The latter were often hamstrung by political baggage and a failure to understand how either African armies or their enemies worked, he said. The advisers that Britain and America have sent to Nigeria are also not permitted to take part in operations on the ground, partly because of the Nigerian’s army’s poor human rights record.

Noting that even the US military appeared to regard his firm with distrust, Col Barlow added: “Some like to refer to us as ‘racists’ or ‘apartheid soldiers’ with little knowledge of our organisation. We are primarily white, black, and brown Africans who reside on this continent and are accepted as such by African governments.”