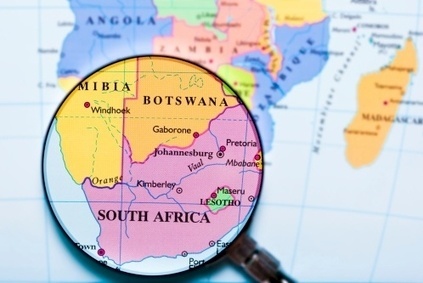 Cheap Chinese imports have decimated the textile industries in Ghana, Nigeria, Uganda, and other countries, according to IndustriAll Global Union affiliates during an online meeting. In Ghana, only four out of 30 textile companies remain operational, said the Industrial and Commercial Workers Union (ICU).

The union said the country used to manufacture yarn for fabrics that were sold locally and in Sub Saharan Africa but not anymore.

In addition to Chinese imports, others threats include a lack of clarity on how the African Continental Free Trade Area will benefit smaller economies, and how regional economic integration will be implemented.

The meeting held on 9 July also discussed how unions can continue organising and strengthening their capacity under the Covid-19 pandemic, which is forcing some garment buyers to cancel orders.

“What broke the back of the textile industry is that the Chinese pirated the designs of the Ghana textile manufacturers, especially the Tex Styles Ghana Limited, printed the inferior quality designs, and flooded the Ghanaian textile market at cheaper prices.”

The unions said they have raised the issue with the government to tighten import licensing to protect the local industries.

In Nigeria, although the unions engaged the government in the formulation of the cotton, textile, and garment (CTG) policy that is meant to revive the sector, the meeting heard that cheap imports from China continue to undermine these efforts. This is worsened by insecurity in some parts of the country which is said to facilitate smuggling and corruption.

“Under the CTG policy, unions reached an agreement with the government to source the army, police, and navy uniforms from the local garment industries,” said Joachim Opara, deputy general secretary of the National Union of Textile Garment and Tailoring Workers of Nigeria. “Further, the farmers also grew enough cotton and unions supported the manufacturing of better quality and quantity of textiles for the local market.”

The meeting heard of several ways to make unions sustainable. The Southern African Clothing and Textile Workers Union (SACTWU) has implemented several strategies that include campaigning for a decent work agenda, collective bargaining agreements, social dialogue, and building the “social power of trade unions” to better service their members.

“The union took a multilayered approach which identified that it is necessary to industrialise rather than export raw materials,” said Simon Eppel, a SACTWU researcher. “We developed a monitoring system to detect fraud because we were losing factories. There were also boardroom negotiations, and we had allies in the media. To win employers support, we argued that factories should be run better with quick deliveries of quality goods at affordable prices. There were also street protests against job losses, and coalitions were formed with retail workers.”

Unions were also fighting against sexual and gender-based violence at garment factories in Lesotho.

Valter Sanches, IndustriAll general secretary, said: “Economic recovery in the textile and garment sector in Sub Saharan Africa must be fair, inclusive, and equitable. It must not be only to preserve shareholder value but to defend workers’ rights to job security and fair severance payments.”

This article was first published by the IndustriAll global union.