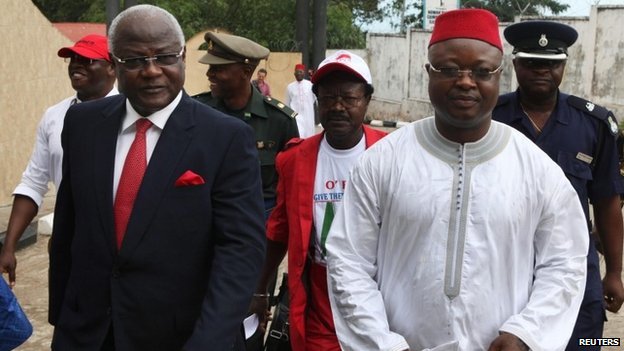 Sierra Leone’s Vice-President Samuel Sam-Sumana has been sacked for seeking political asylum in a foreign embassy, the president’s office has said.

President Ernest Bai Koroma had dismissed him because he had “abandoned” his duties, it added.

On Saturday, Mr Sam-Sumana said he had asked for asylum in the US because his life was in danger.

It is unclear whether the constitution gives the president the power to dismiss his deputy.

The BBC’s Umaru Fofana in the capital, Freetown, says there is no doubt that Mr Koroma’s decision is controversial.

Some people believe that the vice-president can be removed only through a parliamentary impeachment, but Mr Koroma said he had the “constitutional authority” to dismiss him. 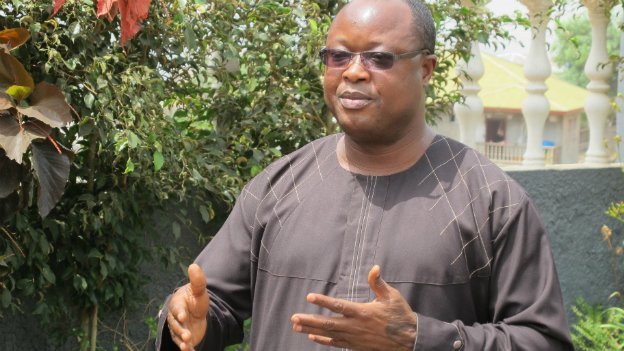 The governing All People’s Congress had earlier expelled Mr Sam-Sumana after accusing him of fuelling violence, and trying to form a breakaway party in his home district of Kono. He denied the allegations.

The dispute between Mr Koroma and Mr Sam-Sumana has raised fears about the future stability of Sierra Leone.

The West African state has been badly affected by the Ebola outbreak in the region, and is still battling to recover from a civil war which ended in 2002.

He came out of hiding on Monday, telling journalists at his home: “I am safe. We are all safe.”

The US State Department said on Sunday it was in contact with Sierra Leone’s authorities in an attempt to resolve the crisis.

Last month, Mr Sam-Sumana said he was putting himself in quarantine for 21 days after one of his bodyguards died of the Ebola virus.

He was the country’s first senior government figure to subject himself to a voluntary quarantine.