Senators, Reps to get N9bn as wardrobe allowance next week 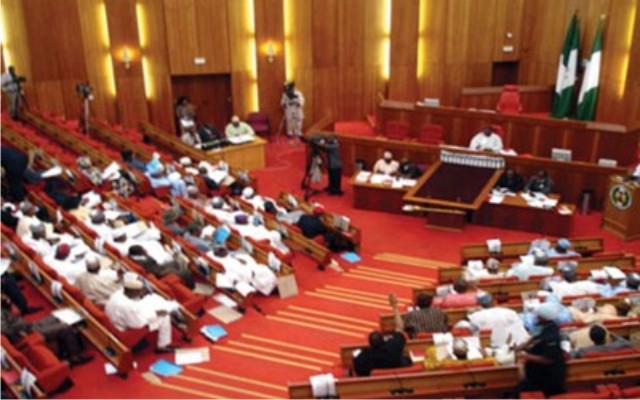 A whooping sum of N9billion has been set aside for both members of House of Representatives and Senate as wardrobe allowance aside other allowances like furniture, Housing, vehicle etc.

The wardrobe allowance will be paid to‎ individual account of all federal lawmakers by next week, while each member of House Representatives will collect N17.5 million, each senator will receive about N21.5 million.

Further investigation revealed that‎ housing allowance for the political office holders is 200 per cent of their annual salaries; furniture is 300 per cent and motor vehicle loan is 400 per cent.

This means that 107 senators will be paid a total of N433, 649,600m as housing allowance annually since both the Senate President and the Deputy Senate President are provided accommodation by the Federal Government.

Similarly, each member of the House of Representatives will be paid N3, 970,425 as housing allowance on assumption of office.

This means that the 358 representatives will be collecting a total of N1, 421,412,150 as housing allowance. Again, the Speaker and Deputy Speaker of the House of Representatives are excluded from this allowance as the Federal Government is to provide their own accommodation.

For furniture, each of the senators is to get N6, 079,200. The furniture for both the Senate President and his deputy are to be fully provided by the government. This means that 107 senators will get a total of N650, 474,400 as furniture allowance. Furniture allowance is paid once in four years.

It would be recalled that following the monetisation of entitlements of public officials, the lawmakers lost the right to occupy houses built and maintained by the government.

Consequently, the Federal Government sold the houses previously occupied by the lawmakers to them.

Each member of the House of Representatives will be paid N5, 955,637.50 as furniture allowance. This means that 358 representatives (excluding the speaker and his deputy) will collect a total of N2, 132,118,225 for furniture.