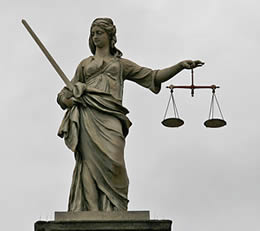 A Federal High Court sitting in Lagos has sentenced a pregnant woman, Kudirat Bello and 125 others to between one day and 15 years in prison.

Bello, who was arrested by officials of the National Drug Law Enforcement Agency, Lagos State Command, with cannabis weighing 33.3 kilogrammes was sentenced to one day imprisonment by the presiding judge, Justice Musa Kurya.

While Okeke got 15 years imprisonment, Usman and Salami were handed five and 10 years jail terms respectively by Justice M.D. Idris.

Our correspondent learnt that Salami, who initially lied to the court that he was 15, was apprehended in the Oshodi area of the state with 400 grammes of cannabis.

It was learnt that Usman was nabbed at the Iddo Motor Park on his way to Zamfara State where he resided.

The NDLEA Commander in the state, Mr. Aliyu Sule, told PUNCH Metro that his command was satisfied with the rulings.

Sule said that over two metric tons of illicit drugs were intercepted in 2014, adding that an illegal factory used for the production of methamphetamine in the state had been shutdown.

He said, “The Lagos State command seized a total of 2,056.9kg and apprehended 434 suspected drug traffickers in 2014. Those arrested include 413 males and 21 females. Drug exhibits seized are cannabis, cocaine, heroin, methamphetamine, and psychotropic substance. The convicts include 117 males and nine females.

“Apart from those prosecuted, others found to be addicted were counselled. In addition, a clandestine laboratory used for the manufacture of methamphetamine was discovered and shut down in 2014.”