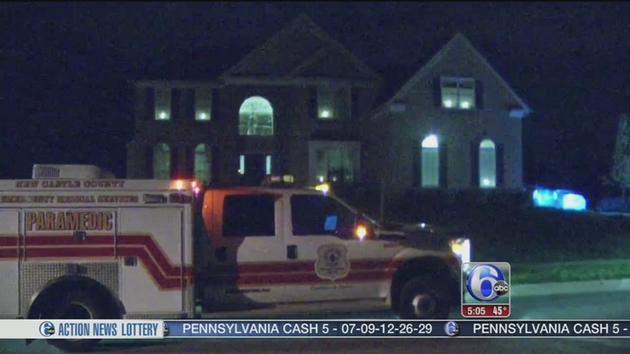 Police in Delaware charged a woman with fatally stabbing her husband in their home after an argument about him cheating on her with own her sister and their nanny’s daughter.

New Castle County police charged Temitope Adebamiro with first-degree murder on Friday after being called to her home in Bear early on Thursday morning because of an ‘unknown problem’.

When they arrived at the home around 12:40am, they found 37-year-old Adeyinka Adebamiro unconscious in a bedroom with a stab wound to his upper body and his wife in bloody clothes.

Paramedics pronounced him dead about an hour later and the Delaware Division of Forensic Science ruled Adeyinka’s death a homicide, according to the News Journal.

The husband, Adebamiro, their two children and a nanny had been living at the home for two years.

Adebamiro, 35, and the victim had been married for more than ten years, although she told police he had physically abused her while she was pregnant, cheated on her with several women and sent her to Nigeria on multiple occasions.

She said he last sent her to Nigeria over Christmas so he could spend it with the nanny’s daughter.

Detectives determined there was a verbal argument that led to a physical altercation.

The argument allegedly began after the victim found photos on Adebamiro’s cellphone that she had taken of pictures he had stored on his mobile phone.

The stored pictures were of Adebamiro’s sister and the nanny’s daughter.

At some point after the argument, a single stab wound severed the victim’s carotid artery and jugular vein.

Adebamiro’s story about what happened changed several times and she suggested that her husband killed himself as well as mentioned a power outage that never happened.

She did not ever admit to the killing, but investigators felt there was enough evidence to charge her.

In addition to murder, Adebamiro was charged with possession of a weapon during the commission of a felony.

She was arraigned and committed to the Delores J Baylor Women’s Correctional Institution where she is being held without bail.