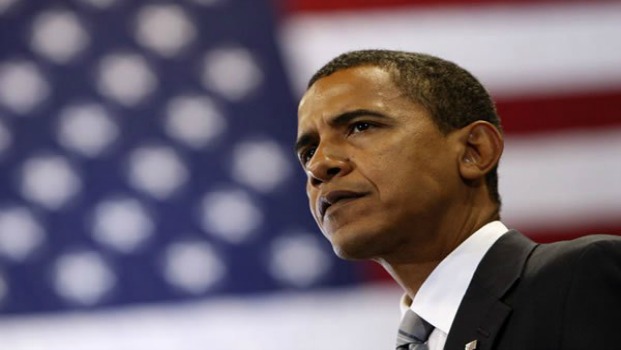 When Barack Obama entered the White House, many Ethio­pian immigrants in the Washington area cheered. When he gave a speech in Ghana in 2009, vowing to promote democracy and human rights across Africa, they were thrilled. But now that Obama will soon visit Ethi­o­pia, many members of the region’s largest African emigre group are up in arms.

Their concern is that his trip later this month — the first by a sitting American president — will send the wrong message and bolster a regime that has intimidated opponents, manipulated elections and sent dozens of journalists to prison.

“Mr. Obama is supporting a dictatorship and giving legitimacy to tyranny,” declared Serkalem Selassie, 39, a refu­gee in Arlington. “Day by day, things are getting worse. There is no freedom to speak, to meet. Anyone who writes can be jailed for associating with terrorism.”

For Selassie, a former newspaper publisher who fled her homeland two years ago and now works at a parking garage, the anger is deeply personal.

Her husband, journalist Eskinder Nega, is in prison serving an 18-year sentence for treason. Selassie was also sent to jail in 2005, and her son Nafkot, 9, was born while she was in custody. She has not been permitted to communicate with her husband in two years.

“No photos, no letters — nothing is allowed,” said Selassie, stylish but haggard-looking. Her son still suffers from his experiences as a young child. “He saw them take his father away in handcuffs and call him a terrorist,” she said. “He kept asking what that meant.”

Obama’s trip will underscore the delicate balancing act of U.S. relations with the Addis Ababa government, a crucial ally in a volatile region that also regularly flouts democratic norms. The ruling party has maintained power for 24 years since the violent overthrow of a Marxist dictator.

U.S. officials have long praised the government in Addis Ababa for its success in economic development and food security, its reliability as an ally in the war on terror and its generous supplying of troops for U.N. peacekeeping missions. In turn, the United States sends substantial amounts of aid.

At the same time, Washington has been critical of the country’s poor rights record. The State Department’s human rights report for 2014 included a long list of official abuses, including arrests and jailings without charge, political trials and sweeping use of a 2009 anti-terrorism edict to silence the media.

“We have many compelling reasons to visit Ethi­o­pia and a relationship that spans many issues,” said Grant Harris, the senior director for Africa at the National Security Council. He said the trip would provide an “opportunity to deepen our collaboration” in some areas as well as “communicate where we have real concerns” on issues of governance.

Although some U.S. officials have said the regime is making progress on democratic reforms, Harris said the administration has been “exceedingly frank and candid” with Ethio­pian officials in condemning suppression of the press and opposition. “We haven’t pulled any punches,” he said.

The trip also is intended to send a message of U.S. engagement with all of Africa: It will include a visit to Kenya and meetings with other African leaders in Ethi­o­pia, headquarters of the African Union. Harris called it a chance for Obama to “speak to the entire continent.”

But to critics, the president’s visit looks like an exercise in public capitulation to a regime that has ignored polite demands for reform. On Friday, scores of protesters rallied outside the White House, carrying posters that accused Obama of forgetting his roots and his rhetoric in Ghana.

“If he visits Ethi­o­pia, he will betray Ethi­o­pia,” said Shimeles Legase, 55, a taxi driver from Alexandria, wearing a tie with the colors of the Ethio­pian flag. Behind him, people chanted: “Obama, keep your promise! Stand up for freedom and justice and rule of law!”

Earlier in the week, customers at Arlington’s Dama’s Cafe, owned by an Ethio­pian refu­gee, voiced similar disillusionment. Lawyer Fitsum Alemu said he once had high hopes for the president. “We thought he understood Africa, that he cared about laws and constitutions, that he would reject the past policies of dealing with dictators. Now we are very disappointed,” he said.

Not all Ethiopians here share that view. The region’s vibrant emigre community of 35,000 — the largest concentration in the United States — is sharply divided along ideological and ethnic lines that are reflected in separate enclaves of cafes and night spots.

While many customers at Dama’s are Amharic speakers who oppose the ruling party, many who frequent similar District eateries, such as Axum, are minority ethnic Tigrayans who opposed Mengistu Haile Mariam’s regime, which was toppled in 1991. Since then, the government has been headed by the Tigrayan People’s Liberation Front.

Alem Seged, 61, a retired teacher and a fixture at Axum, is a staunch defender of the current regime. He ticked off a long list of its accomplishments, including new universities, highways, hospitals, factories, dams and irrigation systems that have turned a famine-plagued country fertile.

“Everything is going up, up, up,” the Northern Virginia resident said. “The people out protesting are only a tiny percent of our community. They are remnants of Mengistu and the communist junta. . . . They are not telling the truth.” Although the current system is not perfect, he said, “we are knocking on the doors of democracy.”

But critics like Obang Metho of Silver Spring noted that Obama’s visit comes just weeks after a parliamentary election in which the ruling party claimed it had won 100 percent of the seats. “The president said Africa needs strong institutions and not strongmen, but now he is wining and dining the strongmen,” said Metho. “He should stick to his word.”

Soliyana Gebremicheal, 40, a former dissident blogger who lives in the District, fled to the United States last year after several fellow bloggers were jailed and then became a cause celebre among the diaspora. She said that Obama’s trip would “send a bad message” to Ethi­o­pia and the world. “My friends are still in prison,” she said. “He should call on them to be freed.”

Several major human rights organizations, including Amnesty International, have also been critical of the regime. Adotei Akwei, a representative of Amnesty in Washington, said the organization has long had a “very sharp difference of opinion” with the Obama administration on Ethi­o­pia.

“This executive branch has been looking for ways to burnish the relationship,” Akwei said, despite the regime’s “deepening authoritarianism” and use of anti-terror laws to stifle the press. Amnesty officials have suggested that Obama ask for Nega to be released or to visit him in prison. “We don’t see quiet diplomacy as having any impact,” he said.

Selassie said her husband’s conviction for treason came largely as the result of articles he wrote during the Arab Spring of 2011, predicting that a popular uprising could come to Ethi­o­pia if the government did not bring democratic reforms. Although she has not been allowed to speak or write to her husband, friends recently sent her a private letter Nega had written to supporters abroad.

It was signed “Liberté, égalité, fraternité. History will absolve democracy.”