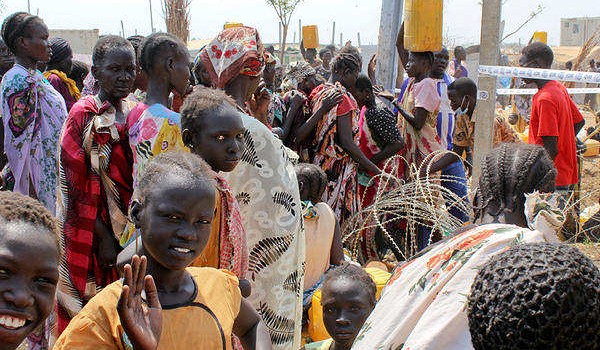 The number of African countries facing severe food shortages has doubled over the past two decades, as extreme weather conditions, natural disasters and insurgencies disrupt farming across the continent, aid agencies said on Thursday.

As many as 24 countries are contending with food crises across sub-Saharan Africa, twice as many as in 1990, the United Nations Food and Agriculture Organization and the World Food Program said in a report.

The report, The State of Food Insecurity in the World 2015, said East and Central Africa are most affected, with more than 30% of the people in the two regions classified as undernourished.

The food crisis in Africa, a direct contrast to improving supply around the globe, highlights the vulnerability of the continent’s mostly rain-fed agricultural industry.

“Extreme weather events, natural disasters, political instability and civil strife have all impeded progress,” the agencies said. “Sub-Saharan Africa is the region with the highest prevalence of undernourishment in the world.”

The number of people displaced by conflicts and violence across the world rose by 15% last year to hit a historic high of 38 million, according to the Norwegian Refugee Council. South Sudan, the Democratic Republic of Congo and Nigeria, along with Syria and Iraq, accounted for 60% of new displacements, putting a strain on food production.

More than half of Africans are involved in the agriculture sector. But the world’s poorest continent spends around $35 billion every year importing food, exposing citizens to the effects of volatile global prices, the Africa Development Bank said.