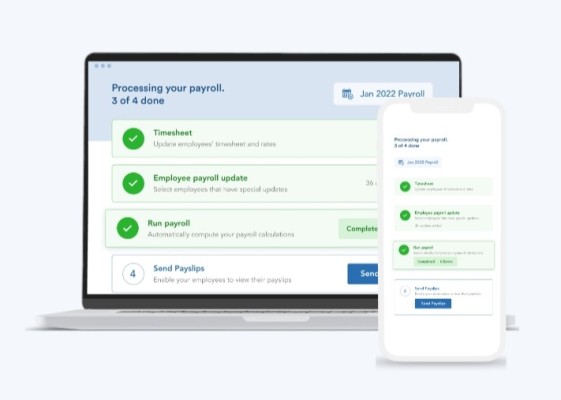 Africa’s appetite for cloud computing software continues to increase as connectivity and bandwidth opportunities push boundaries. Per reports, the continent’s cloud computing industry coupled with the Middle East is expected to grow to $31.4 billion in 2016 from $14.2 billion last year.

SeamlessHR, a Nigeria-based company that wants to help African businesses “leverage the continent’s greatest asset: abundant human capital” with its cloud-based human resources (HR) and payroll software, has raised $10 million in Series A funding for its next phase of growth and regional expansion.

The company’s eponymous product is a cloud-based, end-to-end HR software that helps businesses manage and streamline their entire human resource processes and workflow.

CEO Emmanuel Okeleji and CTO Deji Lana didn’t build SeamlessHR from the get-go. It was four years after several iterations of Insidify, an aggregator site for job seekers and a review site for companies that they started SeamlessHR in 2017.

“The natural client for our job sites was the HR,” CEO Okeleji told TechCrunch on a call. “So we thought, ‘how can we help HR to become more productive and successful so that they can run a better, more profitable company and hire more people in the process’.”

The founder also said one of the reasons for the pivot from Insidify to SeamlessHR was because the latter wasn’t profitable and lacked the flexibility to scale across Africa.

With SeamlessHR, both goals could be accomplished. In 2018, a year after launching SeamlessHR’s MVP, revenues picked up and was 10 times more than Insidify’s.

Initially, the company signed a couple of smaller companies to build its reputation. But over time, it began to focus on bigger clients and signed up a bank as its first main enterprise customer. Now its enterprise-grade solution caters to a diverse range of companies, the company said. They range from businesses with 100 employees or fewer to large enterprises with more than 10,000 employees.

They range from multinationals and banks such as PwC, AXA and Sterling Bank to startups and investment firms like Flutterwave and TGI Group.

Over 100,000 employees from these organizations use SeamlessHR monthly. “We have the largest aggregation of medium-to-very large companies in Africa,” Okeleji remarked.

Four years in, SeamlessHR, after handling salaries for several hundreds of companies, is now rich with human resources and payroll data. Sitting on top of such data provides leverage to build out more vertical products; for this reason, SeamlessHR will venture into launching embedded finance products for employees.

Here’s how it will work: Say a company is using SeamlessHR for its 5,000 employees; any one of them can tap into the platform’s earned wage access where they can access their salaries as soon as they’ve earned it. It’s a typical salary structure in markets such as the U.S. but rarely used in markets like Nigeria.

“In Africa, the innovation that allows people to access credit from their jobs doesn’t happen in Africa. And an HR payroll software is well-positioned to lead that innovation because we use finance, technology and HR to help people convert their employment into collateral to access safe credit,” said the CEO, who believes the company’s cash advances will appeal more to employees than “predatory” loans offered by some lending companies.

Africa’s payroll and HR management market has seen the entrance of companies such as YC-backed Workpay and Bento who help businesses with salary disbursement, taxes and pension, carve out a niche for themselves in a market that appears to be dominated by SeamlessHR.

Building an HR solution in Africa requires more workaround than in developed markets, where most small businesses can afford to pay for software. The opportunity in Africa mostly lies with large corporates, not SMEs. They have higher purchasing power and a greater need for HR solutions; they make up the bulk of SeamlessHR’s customers.

In fact, SeamlessHR has replaced legacy and “on-premise” systems like SAP and Oracle in some large companies locally.  Companies now know they can do without hiring employees who needed certifications to manage their software to setting and onboarding cloud-based software solutions, which can apparently serve their needs, albeit cheaper. Localization of software also plays a part in SeamlessHR displacing these legacy systems in Nigeria.

TLcom Capital partner Andreata Muforo said of the investment, “The strong execution shown by Emmanuel and his team is a vital ingredient required to build a successful business and as they expand their products to include embedded finance and launch their solutions to new markets, we’re proud to partner alongside them and strengthen their push to unlock more value within Africa’s B2B space.”

The company says its new funding will further strengthen its position as “Africa’s leading cloud HR and payroll platform.” Okeleji, who had a brief stint as an investment banker and practised as a doctor, said on the call that SeamlessHR, which has a presence in Nigeria and Ghana, will take its business to eastern and southern Africa with Kenya and South Africa as operating hubs, thus hiring more staff.

Okeleji mentioned that SeamlessHR will move beyond human resources and payroll at some point into other departments that make organizations tick. He also hinted the possibility of SeamlessHR scaling beyond Africa into other global markets, referencing the recent strides made by India’s Freshworks.

“We are building software solutions to optimise HR now but in the future, we’ll go to other places beyond HR. And we are positioned to build a global SaaS company because SaaS products can travel the world faster than say fintech. We’re beating global players in our local market and while we are not distracting ourselves now, we know we can play this game globally.”