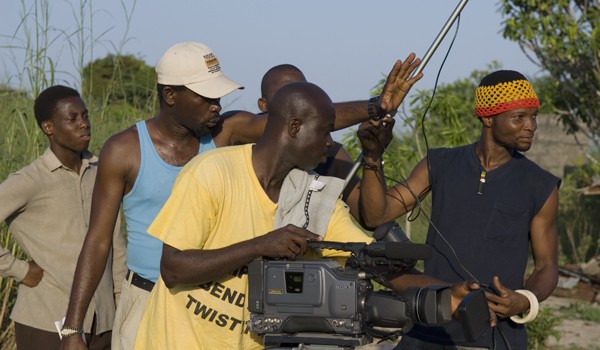 Valued at about five billion dollars in 2014, the world’s second largest film industry holds much promise for investors; with the main barrier to future growth being the industry’s informal distribution network.

As one of the largest film industries in the world, behind only India’s Bollywood, Nigeria released over 2,000 films in 2013. This trumps even Hollywood in terms of films produced. Since the 1990s, “Nollywood,” as it is fondly known, has rapidly grown in line with Nigeria’s economic growth. The industry now contributes about 1.4% to the country’s GDP

Nollywood movies are not only prevalent in the theaters and markets of Nigeria, but also throughout Africa. From Ghana to Kenya and South Africa, Nigerian films are in high demand. The industry holds much potential for investors. The main barrier to future growth being an informal distribution network.

The proliferation of affordable filming and editing technologies in the 1960s stimulated Nigeria’s local film industry, which was one of the first in Africa. Growth of a domestic Nigerian industry was in large part sparked by a government law limiting foreign television content. In the early years of Nigerian TV, entrepreneurs in Lagos began filming popular theater productions. These were televised on TV and distributed on video as well. A film distribution system began to develop in the markets of Lagos.

Throughout the past few decades, Nollywood has been a beacon of entrepreneurship and collaboration in Nigeria, a divided country often plagued with ethnic tensions and violence. Writers and directors originated from Southwest Nigeria and drew on traditional Yoruba Theater. Film technicians often hailed from the oil-rich and violence-plagued Niger Delta. Producers were based in Lagos, Nigeria’s bustling economic hub, bringing together a diverse set of actors from throughout the country.

The Nollywood boom came in the 1990s. During the military dictatorship of Sani Abacha, the local film industry helped propel a social rebellion and movement towards democracy. Technological advances in filming allowed anyone with a digital camera to become a filmmaker. By the end of Abacha’s reign in 1998, Nigeria had a flourishing local film industry.

In 2013, Nollywood was rated as the third most valuable film industry in the world, right after America’s Hollywood and Bollywood in India. The industry generated a total of ten billion dollars in revenue in 2013. As Nigeria has less than 20 official movie theaters nationwide, 90% of revenues are realized through DVD sales. Piracy presents a substantial risk to these profits, especially for larger scale films. Lacking regulation in the local markets makes enforcement of anti-piracy laws challenging.

Most of the industry is made up of small-scale or homemade films that go straight to DVD and are sold on the streets for a couple of dollars. While some of these are DVDs of larger movies, the vast majority are homemade films. On average, 150,000 to 200,000 home-made videos are sold each day.

These films are cheap and quick to make, and easy to distribute through local vendors. With budgets of less than $50,000, they generate high profits for the producers. More and more entrepreneurs are getting into the homemade film scene, and many think the industry has become saturated with these low-quality films.

But higher budget “Hollywood-quality” films have also increased in number in the past five years. Half a Yellow Sun, based on the book by Chimamanda Ngozi Adichie, set the record as the most expensive Nigerian movie ever produced, with an eight million dollar budget. The movie is part of a rising international movement towards higher quality and bigger budget Nigerian films, starring internationally famous actors such as Chiwetel Ejiofor, Hakeen Kae-Kazim, and Genevieve Nnaji.

The future of Nollywood

Similar to the trajectory of the television industry, which developed alongside America’s growing middle class in the 1950s, the rapid growth of Nollywood is largely a product of Nigeria’s economic expansion. As the African middle class continues to grow, demand for Nollywood will increase both domestically and internationally. In fact, since 2000, Nigeria has seen a 600% increase in its middle class, according to a report by Standard Bank. Nigeria’s economic outlook continues to be positive, despite a potentially volatile election coming in 2015.

Valued at about five billion dollars in 2014, Nollywood holds much promise for investors. The industry’s robust growth and international appeal offers many opportunities. From investing in film production to local theaters, distributors, or even online streaming venues such as iROKOTV, the “Nigerian Netflix”, there are many promising sub-sectors within the industry. And further, scores of entrepreneurs, filmmakers, and actors eager to advance Nigerian cinema.