Nigeria has Africa’s largest economy. It is mostly known for oil, but that wealth has not trickled down. As it joins the global economic top table, what kind of businesses and businesspeople are thriving in Africa’s most populous nation?

“You’re supposed to hold something,” I was told. “Hold what?” I replied naively.

“A sample, you’re supposed to hold a sample of what you’re selling.”

Amaka was wondering what a reporter holding a microphone was doing hanging around Onitsha’s main market, neither buying nor selling. She looked at me with pity, as if to say, “if you don’t even know about samples, you have a lot to learn.”

I had been at the market for less than five minutes, and someone was already trying to get the measure of what my business was about.

There’s plenty to learn about Nigeria in Onitsha, a city in Anambra state on the banks of the River Niger in the south east of the country.

Something like three million people flock here every day, and some call it the biggest market in the world. They come from across the region, to buy everything from high-end mobile phones to low tech plastic containers.

What’s your side hustle?

Everything is for sale, every price to be haggled, and everyone is involved. Take the market and replicate the buying and selling across millions of homes and offices across Nigeria.

Every Nigerian is familiar with the concept of the side hustle – a business on the side. This is a country where everyone has a start-up in their front room, including my mother.

I’ll never forget coming home from school to find the entire living and dining area stacked floor to ceiling with cartons of sunflower oil for sale.

It was my grandmother who’d taught my mum that if you were lucky enough to have a salaried job, that was just pocket money. The real money came from your five-to-nine, not the nine-to-five.

On the surface, Nigeria may not seem like a country that can teach the world much about how to do business.

Elections have been postponed because of the insurgency raging in the northeast. Corruption is still a huge problem. Government revenues depend on the oil and gas industry, which benefits the few. 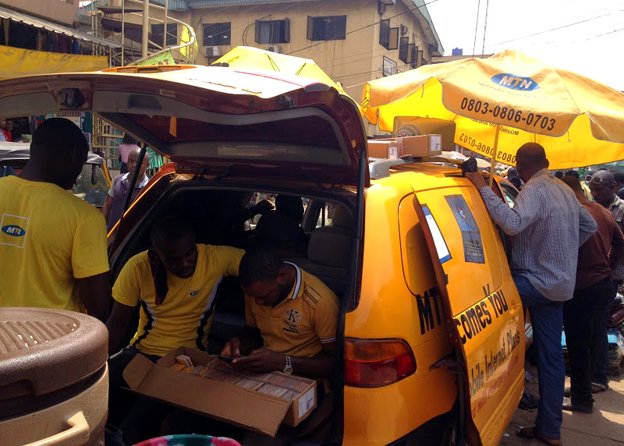 For many Nigerians, the five-to-nine is more important than the nine-to-five

But in Onitsha and elsewhere while making Six Routes for the BBC, the people I met show that the Nigerian economy is finding other lubricants.

Innocent Chukwuma is a successful businessman. He owns five different manufacturing companies around the south east, and is very optimistic about Nigeria’s future.

Looking out over his sprawling complex just down the road in Enugu, it’s easy to see why. The government gave him land to expand his business and now he’s probably the largest private sector employer in Enugu state. 4,300 people work at the plastics plant we visited.

“In Africa today anyone who can invest in manufacturing – in a short time you’ll make money as you want,” says Innocent.

Innocent started small. He was a spare parts trader in his native Nnewi. He had graduated from turning his brother’s spare parts side business to establishing his own import venture.

As the prices of motorcycles coming in from Japan increased in the 1980s, he noticed something about the way they were shipped.

They were coming in by barge in containers. And being a spare parts trader he recognized that a motorcycle is made up of individual parts.

And so, he thought, if he imported the motorcycle in pieces it would take up a lot less space in the shipping container. And he was right.

At the time importers could fit about 40 pre-assembled motorcycles in a single shipping container. But as individual parts, Innocent could fit more than 200 motorcycles in each container. He now had a significant advantage over his competitors – and could sell his motorcycles for much less. 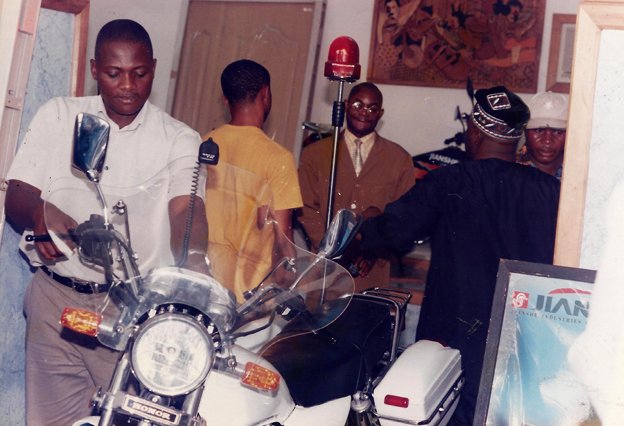 Another advantage he had over his competitors was the cost of labour in Nigeria being relatively cheap. A factory worker in Nigeria would earn around $500 a month.

He explains, “When I brought the first one I called the local people, and gave them some training, they assembled it perfectly and the price was cheaper.”

Innocent’s bikes were nearly half the price of his competitors. He sold three containers’ worth of motorcycles in about three months.

By the time he had the process down he was buying 200 containers.

But Innocent’s advantage didn’t last forever, and soon everyone was copying his strategy.

“The price crashed to 60,000 but when I saw that the price had come down and everybody was doing it – that’s why I built this plastic plant.”

Motorcycles were just the beginning for Innocent. He had another realization, that he could manufacture some of the motorcycle parts himself. Specifically the plastic parts. 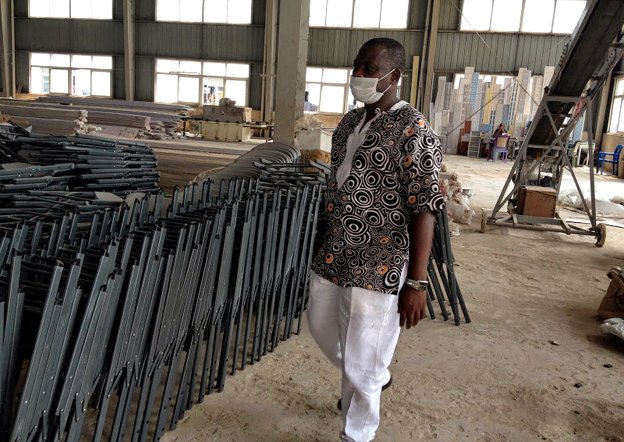 Innocent now makes all kinds of products. His motorcycle business has expanded to cars and buses while his plastics plants now manufacture tables, chairs, water drums, plates, boxes for electricity meters, and much else.

He believes anyone can follow his lead in Africa, which he refers to as a virgin place for entrepreneurs. Innocent’s optimism is infectious and it’s easy to get swept up in the euphoria of success, but business in Nigeria is not easy.

Back in Onitsha market it’s also a microcosm of the obstacles entrepreneurs face every day.

The day I was there the traders were protesting against a new levy. The trade association decided to charge for a CCTV system, which the traders said the state governor had given them for free. It’s the sort of surprise cost that wrecks a business plan.

But corruption is not is not even even the biggest problem in Nigeria. Other countries have thrived despite corruption, and Nigeria shouldn’t be different.

The lights go out constantly and nobody bats an eyelid or feigns surprise, everyone just carries on. 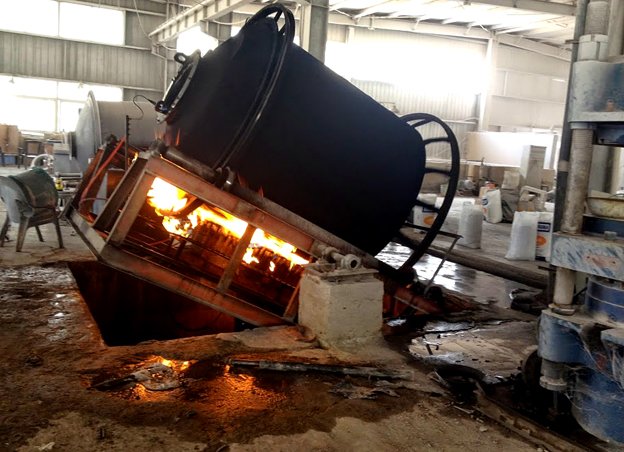 High energy costs are a limiting factor for many Nigerian businesses

People make do with costly diesel generators, and that even applies to big factories.

For Innocent the high cost of energy is a necessary part of doing business in Nigeria. But it puts a real brake on what entrepreneurs can achieve.

The people I met are not put off by these obstacles. If you walk into some shops in Nigeria, there’s a sign which reads, “No credit today, come back tomorrow.”

If you keep waiting for the perfect conditions in which to do business, you’ll be like the shopper who returns day after day, hoping that the shopkeeper might sell them goods on credit.