Nigeria’s elections in the shadow of Boko Haram

In our series of letters from African journalists, Mannir Dan Ali looks at how the election in Nigeria can proceed in the shadow of the Boko Haram insurgency.

With presidential polls on 14 February, it is clear that some of the potential voters residing in the troubled north-east of Nigeria will not be able to cast their vote, in an election that some analysts say is too close to call.

With 20 of the 27 local government areas of Borno state, the epicentre of the Boko Haram insurgency, under the control of the Islamist insurgents, it will be difficult if not impossible for voting to take place in those areas.

The militants have also made more limited forays into parts of Yobe and Adamawa states – and they now control more than 20,000 sq km (7,722 sq miles) of territory.

However, the governor of Borno is adamant that this is no reason to postpone the elections.

If elections could be held in places like Afghanistan and Syria with ongoing conflicts, there is no excuse for not going ahead in north-eastern Nigeria, Kashim Shettima says.

The Independent National Electoral Commission (Inec) has said the decision to conduct elections in the affected areas will depend on the security situation and the advice of the security services.

It is therefore surprising that when the national security adviser, Sambo Dasuki, spoke about the election at an event in London last month, he chose to suggest a postponement nationwide on account of the delay in the distribution of the permanent voters card by the electoral body – and not on the security matters.

And it does appear that it is not only going to be in the north-east, where many Nigerians will not be able to vote. 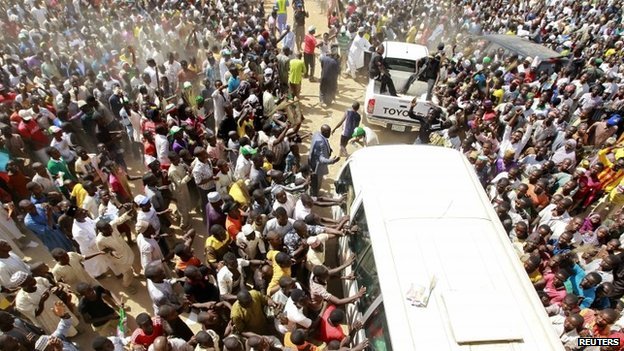 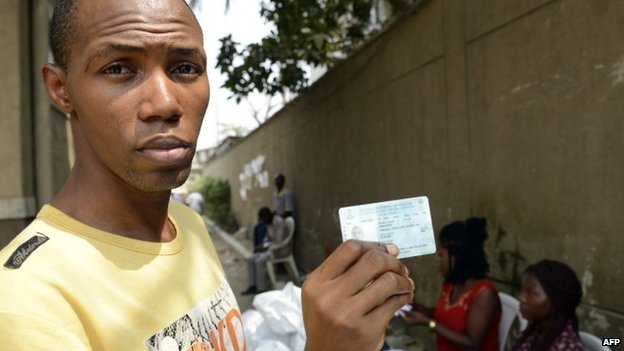 One of the lucky ones to have a voting card

Millions of permanent voting cards are yet to reach the voters – and the electoral body insists that only those in possession of the card will be allowed to vote.

According to Inec, it has so far distributed about 43 million out of the nearly 69 million permanent voters cards.

Interestingly, about 56% of cards for Borno state have been distributed while less than 40% of those for Lagos state in the south have reached the voters.

Concerned about the situation, the chair of the Inter-Party committee of Nigerian Political Parties has called for public holidays to ensure that everyone gets the chance to collect the voters card. 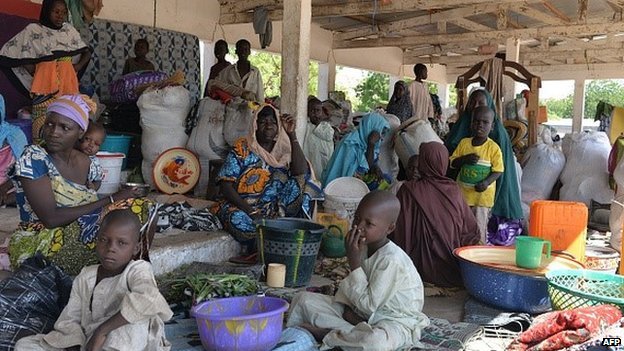 Inec chairman Attahiru Jega insists that every one of those outstanding cards will reach the voters before election day, even if it means the distribution continues up until the eve of the election.

And the electoral body is also making arrangement for the tens of thousands of displaced people who have fled to Maiduguri, the capital of Borno state, and other cities in the north-east, to cast their votes at the internally displaced centres.

Despite these concerns, President Goodluck Jonathan and his main challenger Muhammadu Buhari have continued with their campaigns nationwide.

But a day after the president’s campaign rally in Maiduguri, Boko Haram launched an unsuccessful attempt to take the city, underlining the challenge of conducting an election in the area at a time when the security forces appear to be overstretched. 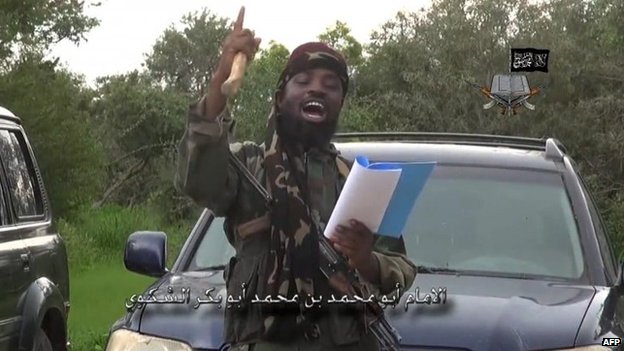 Boko Haram is opposed to democracy

President Jonathan’s convoy has also been stoned several times whilst touring the north.

Whoever wins the Valentine’s Day contest will not only have to take seriously the nationwide concerns over the economy, but the dissatisfaction of northerners in particular.

They feel let down over the insurgency – and also many other aspects of life in which the north trails the south – a lack of infrastructure, education and employment opportunities.

With an appetite for change across the country, it will be a tough challenge for any politician to deliver.