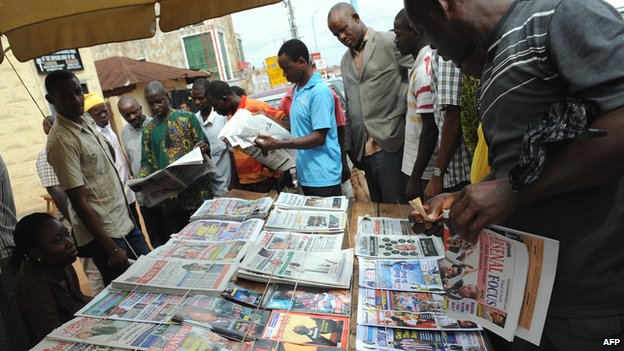 Nigerian journalists are typically paid wretched salaries, and even the pittance to which they are entitled is often owed for months at a stretch.

A former editor with Nigeria’s ThisDay newspaper last month became something of a celebrity in local media circles after an Abuja court awarded him damages against the newspaper’s publishers.

Paul Ibe had in 2011 filed proceedings against his former employer, seeking payment of outstanding monthly salaries and other allowances.

“Every labourer deserves his pay.”

But it is not as if their employers expect these journalists to work without pay. 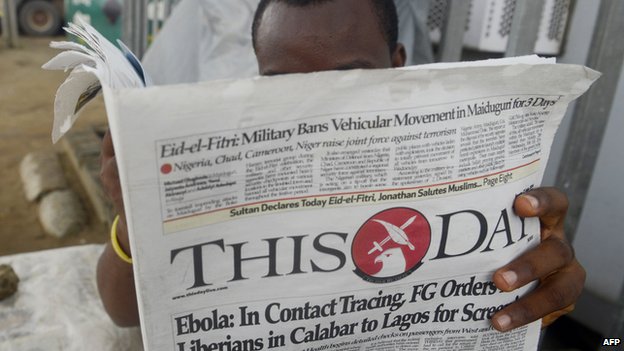 They just do not think that the staff’s income should come from the organisation’s pockets.

My friend, who was a reporter with one of Nigeria’s popular newspapers, said her boss often justified his non-payment of salaries by saying: “I’ve given you a platform to make money. Use it.”

He was referring to the opportunity to collect payment from individuals or organisations in exchange for publishing their stories.

Nigerian journalists are known to prowl to and fro in search of anyone whose pay will inspire their pens.

It is common for “brown envelopes” containing cash to be handed out during press briefings – a practice that has been going on for so long that many young journalists with whom I have spoken have no idea that it is unethical.

After covering an event, they linger expectantly until the envelopes stuffed with cash arrive.

Woe betide you if you fail to meet their expectations.

Whatever you read about yourself and your event, if the item manages to find space in the newspaper, will be entirely of your own making.

With this kind of goings-on, you cannot expect the average Nigerian journalist to be fair in the presentation of facts.

I know a top Nigerian politician who goes beyond brown envelopes to listing a number of editors on his payroll.

As he disburses his staff salaries monthly, he also makes payments into the editors’ bank accounts. 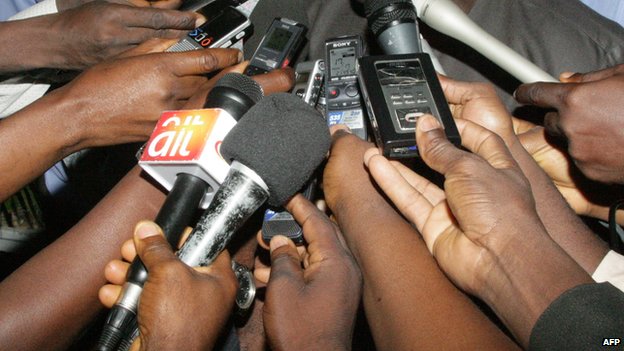 Journalists in Nigeria can sometimes remain unpaid for months

This ensures that whenever he has any “news” to disseminate, it gets published in several media without any questions asked or facts checked.

The Nigerian media has become a thriving arena for all sorts of sponsored falsehoods.

The judicial system is equally dysfunctional, making it tortuous to win a libel case.

I wanted to pay salaries that would enable the average reporter buy a beer for himself and a friend after work on Friday, and a small car for himself”

Dele OlojedeFounder of the defunct Next paper

This strikes at the very core of democracy, where the electorate, to make sensible choices, relies on the media for facts.

In 2008, I joined Nigeria’s now-defunct Next newspapers as one of its pioneer editorial staff.

Founded by Pulitzer-winning journalist Dele Olojede, it was celebrated for its vehement policy against brown envelopes.

Within months of its launch, it was boldly reporting several important national stories that most mainstream newspapers would not touch.

When its reporters began garnering local and international awards for investigative journalism, Mr Olojede reminded us that most of those stories had been lying in the public domain, simply waiting for someone to report them.

He explained during an editorial meeting: “I wanted to pay salaries that would enable the average reporter buy a beer for himself and a friend after work on Friday, and a small car for himself.”

But revenue soon began to dry up.

In Nigeria, established newspapers are paid to keep big stories off the front page. Adverts are supposed to buy silence.

Often, Next would run a story in its popular weekend edition, only for editors to arrive at the office on Monday to meet an aggrieved marketing team – certain big advertisers had terminated their business that morning. 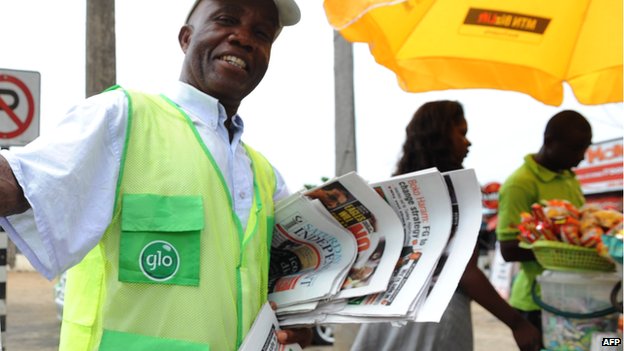 After one revelation about corruption in the oil trade, scores of advertisers instantly pulled out.

Many organisations began to distance themselves from the newspaper, for fear of being seen to be supporting the enemy of their friends.

At the time Next eventually called it quits in 2011, staff were owed more than five months’ arrears.

Rumours of the newspaper’s reporters accepting brown envelopes had begun to filter in, but few editors had the heart to reprimand offenders.

It is difficult to ascertain whether corruption in Nigeria’s journalism emanated from pressure by the political and business elite, or if the media themselves initiated jukebox journalism.

Following Mr Ibe’s court victory – which only one newspaper reported – journalists from around the country have been sending congratulatory messages, thanking him for giving them hope.

He has shown that the country’s journalists do not have to put up with being used and abused by their employers.

However, it will take more than one court victory to bring an end to this kind of malpractice and create a thriving Nigerian media.