Nigeria To Take On South Africa In Friendly On March 29 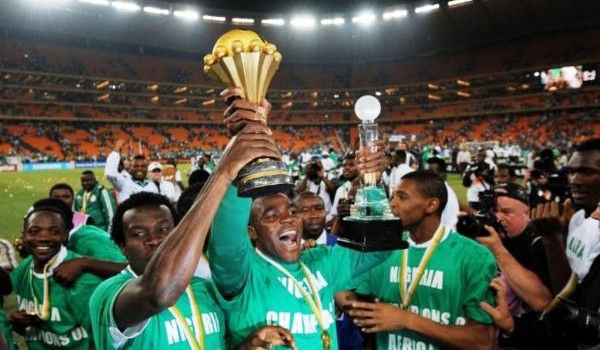 The Super Eagles of Nigeria seem set to take on South Africa’s Bafana Bafana in a friendly international encounter at a yet to be announced venue on March 29.

The South Africans have been selected as the opponents for Nigeria’s national team following the news that a potential match against Ghana’s Black Stars which was to take place in London was cancelled due to a FIFA directive which does not allow teams to place matches in two different continents within a three-day period.

Nigeria are set to face Bolivia at the Akwa Ibom International Stadium in Uyo on March 26 in a friendly, and therefore needed to organise another game on the African continent three days later.

Bafana will be keen to face the 2013 Africa Cup of Nations (AFCON) champions, after the South African Football Association (SAFA) promised to organise a match against strong globally recognised opposition for the end of March.

The Super Eagles will have a chance to exact some sort of revenge on the South Africans who managed two draws against the Nigerians in qualification for the 2015 AFCON, stopping them from making the trip to Equatorial Guinea in order to defend their Nations Cup title.

Both Bafana and the Super Eagles have AFCON and World Cup qualifiers in June and October respectively to look forward to, and this encounter will be used as part of their preparation for those important qualifying campaigns.