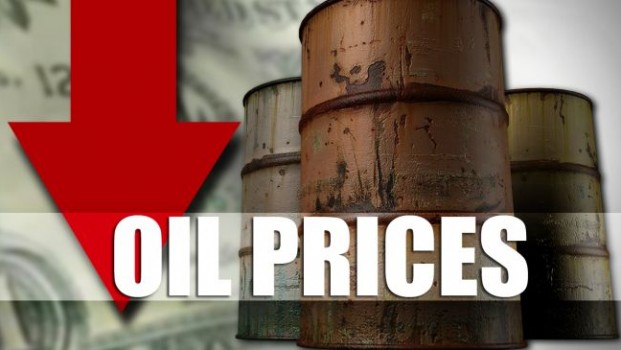 Falling oil prices may be making consumers smile at the gas pump, but policymakers in Nigeria are frowning. The sector accounts for 75 percent of government revenues and 95 percent of the nation’s exports, so falling prices mean falling income and a declining trade balance.

“Everything rests on the oil price,” Angus Downie, head of economic research at Ecobank, told AFKInsider. “Because the economy is so undiversified and heavily reliant on the oil sector, the sort of oil prices that we’ve seen since June last year have hit them really badly.”

While production is likely to rise this year to accommodate the fall in prices, Ecobank predicts that it won’t be enough to offset lost revenue.

“They can’t simply increase production because they’ve got quite a lot of infrastructure problems, particularly in the onshore and Niger Delta.” Even if the country could ramp up production to its stored capacity of 2.4 million barrels per day, Downie argues that low prices will continue to place major constraints on exports.

The bank projects a current account deficit of 2 percent of GDP this year. The current account captures the balance of a nation’s trading activities, with a deficit indicating that imports exceed exports.

According to Olusegun Ayo Akanbi, associate professor of economics at the University of South Africa, this deficit exposes a major weakness in the Nigerian economy.

In a paper studying Nigeria’s fiscal policies, he concludes that while the overall current account balance has been positive since 1970, stripping out oil leaves the balance overwhelmingly negative.

The “non-oil” current account balance has an average deficit of 21 percent of GDP for the period. Now, the fall in oil prices is “exposing and increasing structural problems embedded in the economy,” said Akanbi in an interview with AFKInsider.com.

One of the victims, of course, is the country’s currency, the naira. With defensive measures imposed by the Nigerian government and an unwillingness to officially devalue the naira ahead of an upcoming election, the currency has taken a tumble in secondary markets.

“I would expect the naira to devalue by at least another 10 to 15 percent… The Central Bank does not have significant reserves to defend the naira; my view is that they’re trying to manage the naira up until the election, and then they will let the naira go,” Joseph Rohm, portfolio manager for Investec Asset Management’s Africa Public Equities fund, told AFKInsider.

This is on top of the currency’s fall of about 16 percent since last June, Rohm points out.

The election provides an interesting plot twist to an already tricky situation.

Officially scheduled for February 14, the government is hampered in its ability to respond to the situation in the interim, particularly owing to the hotly contested battle for the presidency.

Obvious responses such as raising interest rates or devaluing the naira are typically unpopular with voters, and with a tight race these policy measures represent a risk the sitting government apparently doesn’t want to take.

“They’re less likely to act decisively now to counteract this big drop that they’re experiencing in state revenues, simply because they are quite concerned about what the reaction to that will be in terms of the election campaign that’s now in full-swing,” Stefan Andreasson, senior lecturer in comparative politics at Queen’s University Belfast and a specialist in Africa’s energy sector, told AFKInsider.

“What might happen following a possible reelection is not quite clear either, but they would have more leeway in terms of more drastic action.” Andreasson continues, “Even if the options are limited, they have to figure out a way to do something,” considering the nation’s dependence on oil.

There are a few obvious contenders that the government is considering.

“The most obvious thing of course, they’ve done, is to set up the excess crude account,” says Andreasson. The problem there is that the government’s reserves have tumbled in the past several years, leaving Nigeria without much leeway to defend the currency or offset falling revenues.

Budget cuts are another option, but “politically difficult of course, and even more so in a fairly typical type of petro-state that is still characterized by the importance of patronage politics,” says Andreasson.

At the same time, Nigeria isn’t necessarily in a position of having to balance its budget. “I think they’ve got the scope to run a fiscal deficit for quite a few years, and they can finance that given that they’ve got a relatively low level of domestic debt, I think it’s roundabout 10 percent of GDP,” says Downie. He suggests that issuing naira-denominated debt is certainly an option for Nigeria.

“When you compare Nigeria’s debt stock to anywhere in the Eurozone it’s very comfortable.” Downie points out that Greece’s debt stock stands at 180 percent of GDP by way of comparison.

Of course, it is generally agreed that the most sustainable long-run strategy would be to focus on diversifying the economy away from oil. There is a great deal of potential to do so in Nigeria, but the country remains stubbornly oil dependent.

Akanbi stresses the importance of letting go of short-term solutions like capital controls and taking the more bitter pill of long-term reorientation. He says, “If oil prices continues to fall and remain low for a prolonged period, the government will have no other option than to start diversifying. But serious fiscal consolidation will have to precede diversification.

“Meaning that there is tough time ahead for Nigeria.”

He argues that this strategy, coupled with surrendering attempts to control the naira, are an important bitter pill to swallow. “Stabilizing the currency is a pain relief which will not cure the disease… Reviving the competitiveness of the existing meager manufacturing sector is equally important and allowing a market-driven exchange rate which would probably depreciate the naira could make this happen.

At the same time diverting the resources been used in mopping-up the supply of naira (coupled with wasted and stolen government resources) into structural investments will at the long-run generate an inclusive growth which will eventually stabilize the naira or reduce the cost of stabilizing the naira,” Akanbi says.

Of course, the risk of budget cuts is that they tend to target general outflows such as capital expenditure, according to Downie; in other words, budget cuts will almost certainly reduce spending on the development of infrastructure and investment projects that could help to spur diversification.

“That’s good in the short term in that it keeps the fiscal deficit manageable, but in the longer term it means you’re not repairing roads, you’re not putting new infrastructure in place, you’re not spending on in agricultural projects. So cutting back on expenditure will be a problem for the economy and it will be reflected in slower growth.”

That’s not to say that diversification is a pipe dream. Says Andreasson, “Of course [diversification] will keep happening in a country the size of Nigeria anyhow… but there are ways in which of course the state can help this and that’s not going to be easier.”

With an election around the corner and limited options on the table, it is tough to foresee the short-term effects of falling oil prices on Nigeria. In the long run, however, one hopes that whichever government takes control after the election is able to take the significant measures that might be required to set Nigeria on a smooth path going forward.

For investors like Rohm, while the future remains uncertain, “the longer-term structural growth story remains.” That being said, “I think we’re in for a very difficult period from an operating perspective for our companies, and we need to get through the election to get a bit more clarity on the remainder of the year.

“I’m optimistic longer term, but shorter term the risks around Nigeria have increased.”