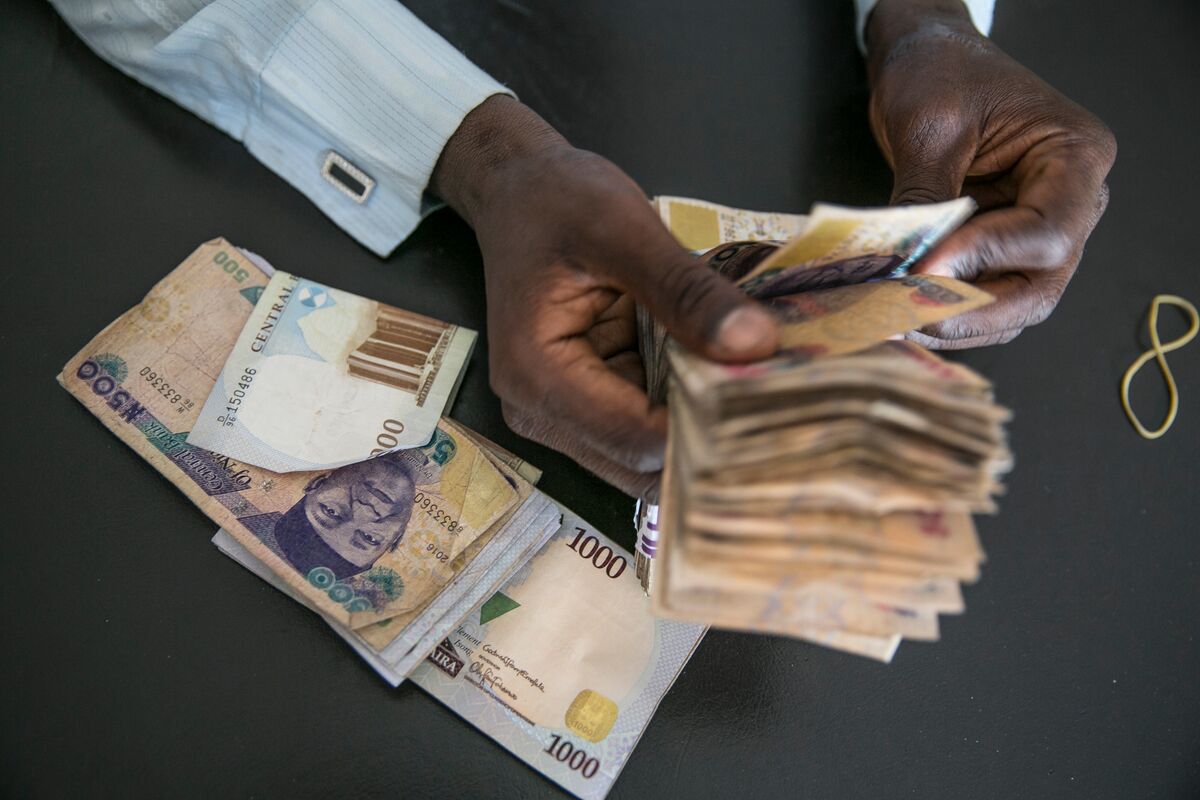 Welcome to Next Africa, a weekly newsletter of where the continent stands now — and where it’s going next.

Humbled by crashing oil prices and the coronavirus pandemic, Nigeria appears to be heeding the International Monetary Fund’s advice by weakening its currency just months after taking out its first loan from the institution.

Africa’s biggest crude producer quietly devalued its official exchange rate last week, a nod to IMF suggestions that foreign investors would appreciate the unification of a currency that has traded at multiple rates for five years. In the event, the handling of the 5.5% devaluation to 381 naira per dollar still served to sow confusion. The central bank hasn’t announced the change and is yet to adjust the rate on its website.

It was instead published on the internet page of the FMDQ OTC Securities Exchange, which oversees foreign-exchange trading and has the central bank as a shareholder.

President Muhammadu Buhari has insisted that a stable naira is the linchpin of his economic policy, but realities dictate that he and central bank Governor Godwin Emefiele likely had no choice but to comply with the IMF’s guidance. The country has been reeling all year from a dramatic slump in the price of oil, the source of almost all of its foreign exchange.

That also led to Nigeria’s decision to take the $3.4 billion IMF loan, even after a dire experience with World Bank austerity programs in the 1980s.

Both moves are the price of an 80% collapse in oil revenue and the impact of an economic downturn caused by the Covid-19 pandemic. But they also indicate an acceptance that help from multilaterals is needed and the currency rate must reflect the state of the country’s finances. A World Bank loan is expected to follow soon.

Doctor Protests | Across Africa, doctors are pushing back against the risks they’re being asked to shoulder in the coronavirus pandemic. In Sierra Leone, physicians are refusing to treat patients until the government provides them with hazard pay. Several health-care unions in Kenya have threatened to strike if the government doesn’t better protect them, and thousands of physicians have staged walkouts in northern Nigeria.

A health worker disinfects a colleague after testing patients for Covid-19 at the Machakos County Field Hospital near Nairobi, Kenya.

Nile Dispute | U.S. President Donald Trump’s bid to resolve a long-running dispute over a Nile dam has failed to make a breakthrough, with African nations moving to wrestle back control of the process. Trump accepted Egyptian President Abdel-Fattah El-Sisi’s request to mediate the conflict with Ethiopia over the dam — site of the continent’s largest hydropower plant — but his public praise for Sisi signalled the U.S. may not be a honest broker. Relations with Egypt represent the biggest foreign-policy test for Ethiopian Prime Minister Abiy Ahmed, last year’s Nobel Peace laureate, who is also struggling with violent domestic protests, writes Bobby Ghosh for Bloomberg Opinion.

Islamist Threat | Africa’s biggest investment — a $23 billion project to export Mozambique’s natural gas — is being increasingly besieged by an Islamist insurgency. Companies led by Total plan to pump the gas from wells about 40 kilometers offshore, cool it to liquid form, then ship it to electricity plants from France to China. But to achieve the target of first production, developers need to move thousands of tons of equipment through territory thick with Islamic State-aligned fighters.

Steinhoff Claims | Steinhoff is close to reaching a deal on $11 billion of legal claims lodged following an accounting scandal that almost wiped out the South African company in late 2017. Claimants — including former Chairman Christo Wiese — have been offered a combination of cash and shares in clothing retailer Pepkor, majority owned by Steinhoff. The company also agreed to sell the French division of Conforama, a furniture chain, to a local rival.

South Africa is paying more to borrow in its local currency than Nigeria for the first time. Yields on rand bonds have climbed more than a percentage point since the beginning of June after the government boosted issuance to plug a fiscal deficit. Nigerian yields have dropped in tandem with most emerging-market peers. South African gold miner stocks reached all time highs as the price of the metal looks set to take out a long-standing record of $1,921 an ounce over mounting concerns about the global economy.

A Nigerian social-media celebrity has been extradited to the U.S. from Dubai to face fraud charges. Ramon Olorunwa Abbas, widely known as “Hushpuppi,” is accused of conspiring to launder hundreds of millions of dollars from so-called ‘business email compromise’ frauds and other scams, according to the U.S. Department of Justice. In a BEC scheme, a computer hacker gains unauthorized access to a company’s email account and attempts to fool staff into transferring money. Abbas was part of a group that allegedly tricked a paralegal at a U.S. law firm into wiring them almost $923,000 last October. He has 2.4 million followers on Instagram, where he regularly posts photographs of himself posing with luxury cars or boarding private jets. Abbas’s legal representative, Gal Pissetzky of Pissetzky & Berliner, told Forbes that his client is not guilty of the charges.