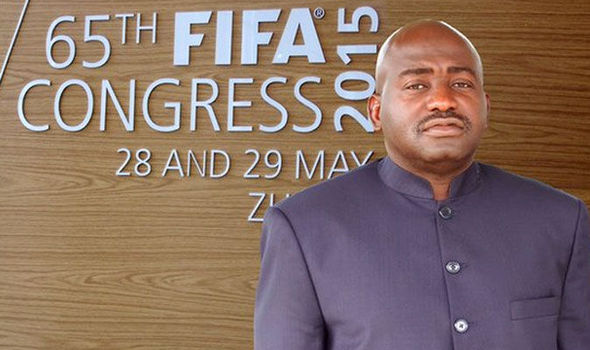 After FIFA was rocked by the crisis which saw its executives arrested and its offices raided, Sepp Blatter announced his intention to resign as the leader of the organization and suddenly, just after the elections had awarded Blatter a new five year term, there was a vacancy at the apex of world football. Musa Bility, the President of the Liberian Football Association, says he wants to fill this role.

Bility announced his intentions on the BBC saying that Africa, being a major confederation bloc, must seek more involvement in global football issues.

“If Africa does not put up a candidate, it says a lot about us,” he told BBC Sport. “It shows a sense of mediocrity and that our only relevance is to vote and make leaders. I think that is not right.”

If elected, Bility says one of his focus areas will be redistribution of FIFA wealth as he says the less financially viable football nations are not getting enough from FIFA.

“I want to redefine our partnerships to see how those partnerships will directly benefit member associations. Africa and Asia particularly have been left behind. The Goal Project and the Financial Assistance Programme (FAP) are not enough.”

Bility’s emergence will be received with a mixture of feelings from the rest of the world as despite the fact that he lacks considerable political capital, he comes from an African continent which is FIFA’s largest voting bloc with 54 confederations. His goal of redistribution of wealth could also earn support- and votes- from other notable blocs such as Asia and North/Central America who jointly have 99 football associations.

So far, the only other candidate to have publicly announced an intention to run is Brazil legend, Zico. However, with South America’s 10 confederations compared to Africa’s 53, Bility- should he get all the votes on the continent- is already at an advantage.

Bility is hoping to become the first FIFA President to emerge from a different continent asides Europe and South America which had produced eight Presidents since inception in 1904. Europe have produced seven Presidents while Joao Havelenge of Brazil is the only non-European to have held the post.