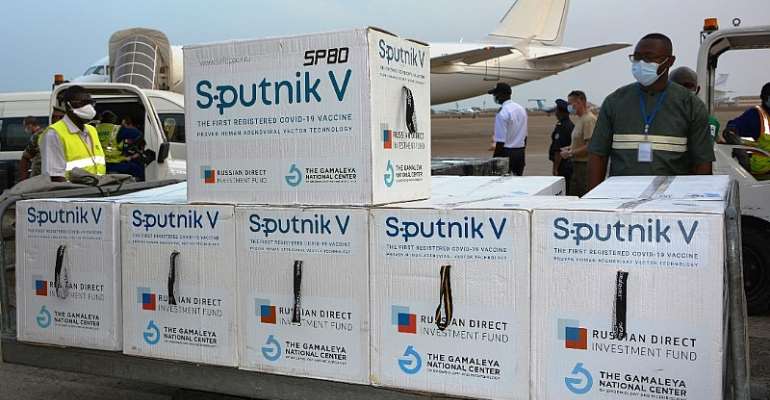 For more than two decades, Russia has been struggling to help Africa overcome its energy deficit, with little success.

But now, with financial support from the European Union (EU), two international organizations have been chosen as modelling partners for the development of the African Continental Power Systems Master Plan (CMP).

The two organizations will lead the development of an electricity master plan that promotes access to affordable, reliable and sustainable electricity supplies across the continent.

Eastern and Southern Africa are vast, geographically diverse regions with rapidly growing populations and rising demands for energy, according to the master plan, there are two regional power pools.

In practical terms, Africans are looking for energy alternatives to embark on the next round of industrialization. Russia’s nuclear energy diplomacy in Africa has been at the crossroad over the past two decades since the collapse of Soviet-era.

Russia and Africa’s aspirations in this sphere of nuclear cooperation come with many challenges. In Rwanda and many other African countries, the first question is finance. “Rwanda’s annual budget stands at US$3 billion while the construction of the nuclear power plant would cost not less than US$9 billion which is equivalent to Rwanda’s entire gross domestic product,” David Himbara, Rwandan-Canadian Professor of International Development at Canada’s Centennial College, wrote in an emailed interview.

He said that Rwandan President Paul Kagame always believed that he must validate his supposedly visionary and innovative leadership by pronouncing grand projects that rarely materialized.

Currently, all African countries have a serious energy crisis. Over 620 million in Sub-Saharan Africa out of 1.3 billion people do not have electricity. It is in this context that several African countries are exploring nuclear energy as part of the solution.

According to Himbara, “Of all African countries that have shown interest in nuclear energy, none have so far gone beyond the stage of conducting a preliminary feasibility study, project costing and financing models, except South Africa.”

But, the South Africa US$76 billion deal with the Russians to build a nuclear power plant collapsed along with the Government of Jacob Zuma that negotiated the deal in secrecy, in fact when such corporate projects have to be discussed and approved by the parliament and necessarily have to pass through an international tendering process.

Russia and South Africa concluded an intergovernmental agreement on strategic partnership in the nuclear sphere in 2014. The agreement provided, in particular, for the construction of up to eight NPP power units.

“Nuclear waste will pile up, and where are they going to put it? The Sahara? The US is always trying to force nuclear waste repository on some poor or indigenous community and when that fails, the waste keeps piling up at the reactor sites, creating greater and greater environmental risks,” according to Himbara.

He underscored the fact that “managing nuclear waste and its safety is universally complex and dangerous. The Chernobyl disaster in Ukraine and Fukushima in Japan, remind the world of the human and environmental costs of nuclear power accidents. Millions of people are still suffering from radiation and radiation-related diseases till today.”

Foreign Minister Sergey Lavrov, in an interview with the Hommes d’Afrique magazine in March 2018, described Africa as rich in raw material resources, including those that are required for high technology and for moving to a new technological pattern. Apart from mining, Russia and African countries are cooperating on high technology.

What was more important for Africa’s energy sector when he informed that Rosatom has been considering a number of projects that are of interest to Africans, for instance, the creation of a nuclear research and technology centre in Zambia. Nigeria has a similar project. There are good prospects for cooperation with Ghana, Tanzania and Ethiopia. Talks are still continuing on the construction of nuclear power plants in South Africa.

Shadreck Luwita, Zambian Ambassador to the Russian Federation, informed that the processes of design, feasibility study and approvals regarding the project have been concluded, in the case of Zambia. The site of the project designated and it is envisaged that construction should commence, in earnest, not later than the second half of 2018. That construction remains a monumental dream, though.

In addition, he affirmed that the Russians envisaged technology transfer in the development of this massive project by way of manpower development capacity. For now, there are a few Zambian nationals, who are studying nuclear science in Russia.

The Zambian Government ultimately profitable hopes are that upon commissioning of this project, excess power generated from this plant could be made available for export to neighbouring countries under the Southern African Development Community Power Pool framework arrangement.

Zambians are still worried about Russia’s promise of nuclear plants estimated at US$10 billion. In February 2020, Chairperson of the Federation Council (the Upper House or the Senate), Valentina Matviyenko, headed a Russian delegation on a three-day reciprocal visit aimed at strengthening parliamentary diplomacy with Namibia and Zambia.

This is not an isolated case. From all indications, Russia wants to turn nuclear energy into a major export industry. It has signed agreements with African countries, many with no nuclear tradition, including Rwanda and Zambia. In addition, Russia is set to build large nuclear plants in Egypt that could serve the Maghreb region.

Interestingly, Egypt’s dreams of building nuclear plants have spanned with the agreement that was signed (as far back in March 2008) during an official visit to the Kremlin by the ousted President Hosni Mubarak, and then again with former Egyptian leader Mohammed Morsi who discussed the same nuclear project with Vladimir Putin in April 2013 in Sochi, southern Russia.

During the dawn of a new era at the Sochi summit, Vladimir Putin and Abdel Fattah Al Sisi signed an agreement to set up four nuclear plants in El Dabaa, on the Mediterranean coast west of the port city of Alexandria, where a research reactor has stood for years.

The deal was signed on the heels of talks held between Putin and Al Sisi, where both expressed high hopes that Russia would help construct the country’s first nuclear facility. Egypt began its nuclear program in 1954 and in 1961, acquired a 2-megawatt research reactor, built by the Soviet Union.

However, plans to expand the site have been decades in the making that Rosatom will provide its fuel, personnel training, and build the necessary infrastructure. The four blocks of the nuclear power plant will cost about US$20 billion. Director Anton Khlopkov and Research Associate Dmitry Konukhov at the Center for Energy and Security Studies, co-authored a report to Valdai Discussion Club, that the success of Egypt’s nuclear project depends on three key factors.

These are the political stability and security situation in Egypt, a viable financing mechanism that reflects the country’s economic situation, and the government’s ability to secure support for the project among the local residents of El Dabaa, the site chosen for Egypt’s first nuclear plant back in the 1980s.

In reality, Ghana has similar never-ending dreams and fairy tales of owning nuclear plants. The agreement was re-signed on June 2, 2015. The Russian reactor, a 1000 MW plant, will cost a minimum of $4.2 billion. The financing scheme has not been finalized by the parliament. And it will take about eight to ten years from site feasibility studies to commissioning of the first unit, according to the Ghana Atomic Energy Commission.

As local media reported, Ghana’s quest to industrialize for economic growth and development has fast-tracked plans to establish nuclear power in the country within the next decade, which means by 2029 and export excess power to other countries in the West African sub-region.

With “One District, One Factory” – Ghana’s industrialization agenda might not be realized under Nana Addo Dankwa Akufo-Addo’s administration based on the roadmap of the nuclear power programme to commence construction by 2023 and inject nuclear energy into the grip by 2030.

The African countries’ MoUs and Agreements with Rosatom including South Africa, Nigeria, Ghana, Kenya, Rwanda, Tanzania, Zambia and the rest are, most probably, stacked. Nearly three decades after the Soviet collapse, not a single plant has been completed in Africa.

Some still advocate for alternative energy supply. Gabby Asare Otchere-Darko, Founder and Executive Director of Danquah Institute, a non-profit organization that promotes policy initiatives and advocates for Africa’s development, wrote in an email that “Africa needs expertise, knowledge transfer and the kind of capital imports that can assist Africa to develop its physical infrastructure, add value to two of its key resources: natural resources and human capital.”

Russia has respectable expertise in one key area for Africa: energy development. “But, has Russia the courage, for instance, to take on the stalled $8-$10 billion Inga 3 hydropower project on the Congo river? This is the kind of development project that can vividly send out a clear signal to African leaders and governments that Russia is, indeed, ready for business,” he said.

The renewable energy potential is enormous in Africa, citing the Grand Inga Dam in the Democratic Republic of Congo. Grand Inga is the world’s largest proposed hydropower scheme. It is a grand vision to develop a continent-wide power system. Grand Inga 3, expected to have an electricity-generating capacity of about 40,000 megawatts – which is nearly twice as much as the 20 largest nuclear power stations.

Ryan Collyer, the Regional Representative of Rosatom for Sub-Saharan Africa, told me in an interview in April 2021, that apart from energy poverty, nuclear can solve other continent problems, from low industrialization to advances in science, healthcare, and agriculture, thus propelling the continent towards the master plan of African Union’s Agenda 2063.

“It envisions Africa’s transformation into the global powerhouse of the future, so we are advocating a diverse energy mix that utilizes all available resources, including renewables and nuclear, to ensure climate resilience and environmental safety, social equity, and supply security,” Collyer said.

Some researchers and experts strongly believe and further estimate that the cost of building nuclear power, especially its associated high risks, does not make any sense when compared to the cost of building renewables or other sources of energy to solve energy shortages in Africa.

According to the company profile, Rosatom offers a complete range of nuclear power products and services from nuclear fuel supply, technical services and modernization to personnel training and establishing nuclear infrastructure. With 70 years of experience, the company is the world leader in high-performance solutions for all kinds of nuclear power plants. Rosatom has built more than 120 research reactors in Russia and abroad.