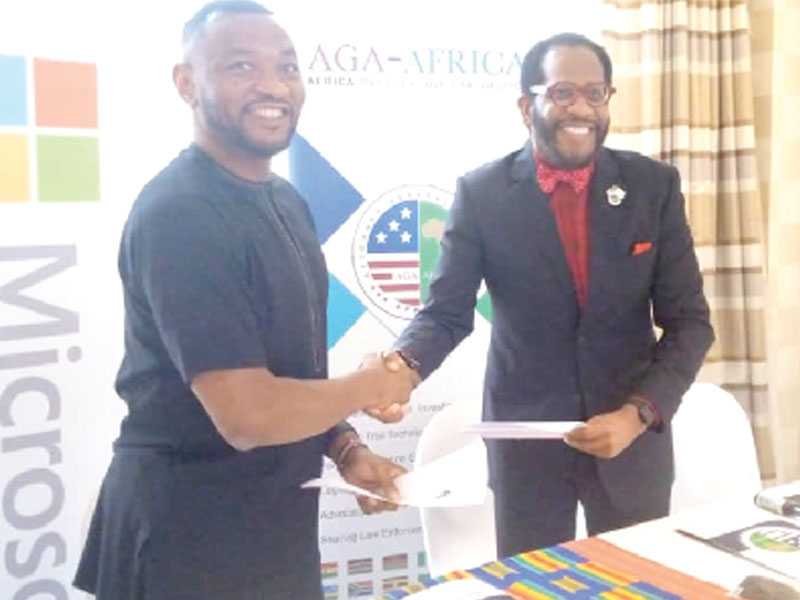 Microsoft Corporation has signed a partnership agreement with the Attorney General’s Alliance Africa (AGA-Africa), a non-governmental organisation, to combat cybercrime in Ghana and selected countries in sub-Saharan Africa.

The partnership seeks to build the capacity of investigators, prosecutors and other officials of law enforcement agencies to fight cybercrime, enhance cyber capability and resilience of regional authorities in the sub region.

Global cybercrime damages, according to experts, were $6 trillion as of the end of 2021 and they project a 15 per cent growth rate per year, reaching $10.5 trillion by 2025.

Speaking at the signing agreement in Accra yesterday, a board member of the AGA-Africa, Mr. Markus Green, said following the outbreak of the COVID-19 pandemic, there had been increased use of cyberspace, while access to the internet in Africa had brought its challenges of cyber security.

He said the partnership would build capacity in investigation and prosecution to address cyber security.

Building the capacity of officials in the justice ecosystem, Mr. Green said, would “help us stay ahead of the criminals. This is because just as the criminals are organised, the justice system must also be organised and all stakeholders must work together to fight organised crime.”

Mr. Green also pointed out that cybercrime was linked to all forms of crime such as human trafficking, money laundering, cybercrime, counterfeit drug among others.

The AGA-Africa would work with partners and stakeholders in Ghana, Kenya, Nigeria, Rwanda, Senegal, South Africa and Zambia.

He said the company had over the years built tools and had the latest technologies to fight cybercrime.

Microsoft, Mr. Ihimoyan said, had invested in a broad set of technology, industry and government partnerships to address cybersecurity and build a safer world.

Cybercrime presented a major setback to the increasing e-commerce markets and threatened to reverse the gains made by the rapidly growing uptake of technology.

“The partnership with the AGA will enhance the exchange of information, strategies and training to prevent, regulate, investigate and prosecute cybercrime in Africa’’, Mr. Ihimoyan said. indicated.