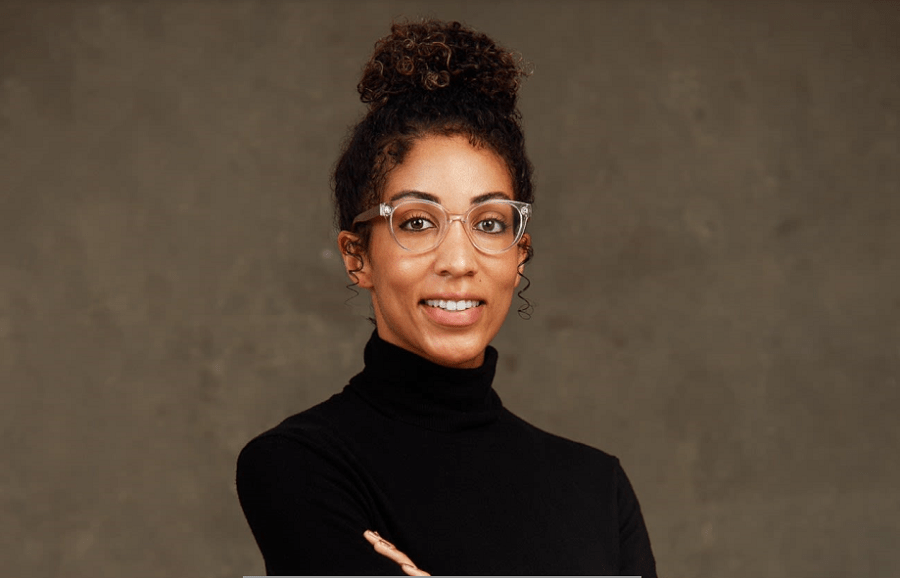 Listed among the 30 under 30 in Technology, Maya Horgan Famodu is quite a sensation among Tech entrepreneurs in this part of the world. As the founder of Ingressive Capital, a venture capital fund investing in Africa-based technology firms and opening them up to global capital, Famodu has become something of a force of nature in Africa’s tech industry.

She was born on March 24, 1991, to a Nigerian father and Minnesotan mother, but spent most part of her first 20 years growing up in Minnesota, United States. She recalled in an interview that the family had hard times putting food on their table, and they had to live in a trailer park at some point. She attended Pomona College and proceeded to Cornell University for her Bachelor of Arts degree in environmental sciences. She also did a Prelaw Program at the university.

After school, she had a short stint in Finance and in private equity research at JPMorgan Chase in New York, for barely a year. Maya also found herself concerned about the high rate of unemployment in Africa, and how the odds could be turned to produce a generation of high-skilled techies.

Disturbed by how African tech innovators were finding it difficult to raise funds to take their business off the ground, Maya decided to do something about it. She had seen some tech innovators in Africa who had difficulty raising funds because investors were generally not open to the idea of funding tech businesses in Africa.

“We started leading global investors to Africa before tech was a thing here, back when questions were less ‘how many M&A deals have occurred in the African market this year?’ and more ‘do Africans even have internet and electricity?’ It was necessary to not only change the Africa narrative to focus on its incredible innovations and opportunities, but also sell a future few imagined. I knew I had an obligation to use my access to empower the next generation of African innovators,” she said while explaining why Ingressive capital was a necessity.

Maya moved to Lagos in 2014 to launch the first $50M VC fund, but encountered a lot of resistance as she was barely a year out of college, and had very little experience.

“When investors declined, I realized I needed another route to my end goal. So, we launched Ingressive Advisory to show our deal flow without taking the funds upfront. I basically pitched to global investors: ‘Africa is booming, and I know the great opportunities. Come with me to Nigeria, and I’ll show you the best deals. Then YOU choose whether you want to invest and do your deals directly,” she recounted.

Maya started Ingressive Advisory to provide “market entry services and tech research for corporates and investors.” This proved to be a worthy path for Ingressive, and the firm was able to get top global investors and tech companies to expand into or invest in Africa, as a means of developing the tech ecosystem. It was quite encouraging when the clients started making money from the deals Ingressive found for them. A number of the client companies also started seeing massive growth in the regions across Africa where Ingressive was producing research and running programs for them.

Ingressive Capital was later launched in 2017. In an interview, she recounted that even though the hundreds of investors she pitched to had declined, she kept in touch. “I made sure that they knew about every major update, every press mention, and every company in which Ingressive had invested that then went on to succeed. It worked, and a lot of people invested.

“Half of our investors backed us because they learned over time that I could see something years ahead. The other half backed us believing I’m the most headstrong and persistent person they know and will never give up until I hit my target. I used to be offended when people called me “persistent,” but it’s actually a differentiator that has contributed majorly to my success. Stick it out, keep your network close and stay in touch, and keep learning constantly, especially from your mistakes,” she said.

Since it launched, Ingressive capital has more than doubled the assets under management it started out with. Ingressive Capital invests in pre-seed and seed-stage technology companies in Nigeria, Kenya, Ghana and Egypt, and provides them access to international capital as well as Pan-African business development, its programs and network of limited partners.

In the second quarter of 2020, Maya co-founded a Not-For-Profit arm – Ingressive for Good – to provide tech training and placement for youths in the African tech space. The firm also provides micro-scholarships and technical products for young people who wish to pursue a tech career. The aim is to open up the youths to boundless opportunities in the tech space, help them through the learning process, and increase their earning potential.

There is also the Ingressive Campus Ambassador (ICA) program, an initiative focused on providing funding, resources and mentorship to computer science students in tertiary institutions across Nigeria, Kenya, Ghana, South Africa, Rwanda and Congo. The program was launched in 2018 and now has hubs in several universities.

In 2016, she co-founded High Growth Africa Summit, a two-day conference that gathers the top entrepreneurs, investors and stakeholders from Africa, Silicon Valley and Europe to discuss how to build, scale and fund a high growth African businesses.

Maya Horgan Famodu appeared on the Forbes Africa 30 under 30 Technology list in 2018 in the technology category. She is said to be about the youngest person and youngest black woman to launch a tech fund in Sub-Saharan Africa. The fact that she also did it solo is not something that can easily be ignored. She was also listed among “10 Inspiring Women Ruling Nigeria’s Tech Ecosystem” (2019).

Maya Horgan Famodu has a passion for arts, and she says that it all comes together with her other interests.

“I have over a decade of competitive performance dance experience, including captaining dance teams and performing in an off-Broadway play. Not only did this prepare me for public speaking and presenting in front of thousands, but it’s helped me to understand creative industry investing, and how to maintain composure/project confidence on stage or in a boardroom.”

She led a dance company while in college and also did some art blog writing for the Huffington Post. Maya also recently founded “Tour of Tech” investment tours, and “Tech Meets Entertainment Summit” to garner interest in the continent.