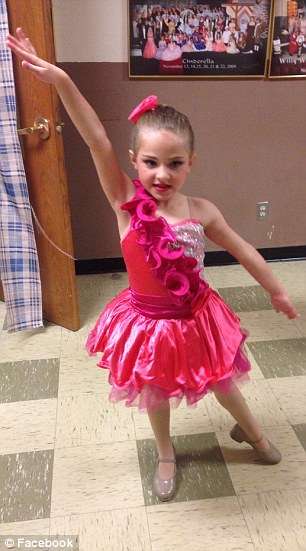 Sailor Gutzler walked through thorns without shoes and with broken bones after dragging herself out of the wreckage of a plane in which her mother, father, sister and cousin lay dead.

A brave 7-year-old girl is being praised worldwide after she survived a plane crash and walked while injured to look for help.

Sailor Gutzler walked through thorns without shoes and with broken bones after dragging herself out of the wreckage of a plane in which her mother, father, sister and cousin lay dead.

The little girl used a burning stick to guide her through the dark until she saw a house with the lights on. She was received by 71-year-old Larry Wilkins who was shocked to find the little girl on his doorstep bleeding.

“I opened the door and this little girl was standing there with bloody nose, bloody legs and bloody arms,” Wilkins told NBC.

“Her voice was quivering. She told me her mom and dad were dead and she was in a plane crash and the plane was upside down. She was bleeding pretty bad, her legs were bleeding, her face had a bloody nose. She was barefoot, only had one sock on. She asked if she could stay here. I felt so sorry for her, tears come my eyes,” Wilkins added saying the girl had come through very rough territory.

Wilkins immediately called 911 and performed first aid on the girl before help arrived.

Lieutenant Brent White of the Kentucky State Police who arrived on the scene described young sailor as a survivor saying she had actually tried to wake up her family members before going to look for help.

“She is a survivor — she was simply trying to get help for her family,” White said.

The Gutzler’s plane had taken off from Key West in Florida and heading to Mount Vernon, Illinois with Sailor her father, 49-year-old Marty Gutzler, mother, 45-year-old Kimberly Gutzler, her nine-year-old sister, Piper, and her 14-year-old cousin Sierra Wilder on board.

The family had been returning from a visit to Sailor’s adult brother, Nick Brink.

A spokesman for the Gutzler family, Kent Plotner, reacted to the incident via a statement saying:

“The Gutzler family mourns the loss of Marty, Kim and Piper Gutzler and Sienna Wilder. We are devastated by this loss, but are confident that they rest in God’s loving arms. Please pray for us, especially for Sailor Gutzler.”