MATTHEW AJIBADE’S CASE: 21 YEAR OLD NIGERIAN TORTURED TO DEATH BY POLICE OFFICERS IN THE US

“It is nothing less than torture, its sadism.” This is how Mark O’Mara described the recent cell footage of Matthew Ajibade, the Nigerian-American student whose mysterious death made headlines at the beginning of the year.

On the 1st of January this year, 21 year old Matthew Ajibade was found dead in jail in the US; he was handcuffed to a restraint chair, bruised, with a spit mask over his mouth. Ajibade was arrested on New Year’s Eve after his girlfriend called 911 for an ambulance following a fit of bipolar disorder that caused him to hit her. But instead of an ambulance, the police showed up and arrested the young man despite explanation from the girlfriend that he needed to be sent to the hospital for treatment. The following day, he was dead in police custody.

In June, the County coroner said Ajibade’s death was a homicide, he cited blunt force trauma involving abrasions, lacerations, and bumps on his upper body and head as the cause of death, “which was really a combination of several things that were enumerated in his autopsy report the coroner said. He added that a small amount of blood was found inside the skull case, and the fact that Ajibade had been tasered. While there were no further proof aside the autopsy report at time, the homicide ruling was a slight vindication, in testament to the fact that the young man was killed in police custody.

Ajibade’s case just caught a break with a recently surfaced video that showed the deceased being shocked by police officers while strapped to a chair. The graphic video played in court last Friday showed how a deputy – Jason Kenny – repeatedly pressed a stun gun on a helpless Ajibade who was screaming in pain.

In an incident report, the office of the Chathan County Sheriff issued a press release stating that Ajibade injured three officers, while being restrained, with a female officer suffering a concussion and a broken nose. “The inmate was placed in an isolation cell due to his dangerous behaviour,” the report said. But the video contradicts this report.

High-profile family attorney, Mark O’Mara had said Ajibade’s death raises two critical questions: How the police deal with people of colour, and how they contend with people with mental illness. When a guy with bipolar dies in a restraining chair … the family of the deceased and the public deserves an explanation, O’ Mara said. “There are a lot of Black males being killed in circumstances that don’t make much sense.”

On the 9th of August 2014, 18 year old Michael Brown was shot dead by a white police officer. According to the officer’s account, Brown attacked him, but several eyewitnesses’ accounts debunks that. 18 year old Brown, was unarmed, and only tried to break free from the officer’s grip when he was shot the first time. After the first shot, the teenager raised his hands and backed away from the officer to signify he was unarmed, but the officer shot him continuously until he dropped dead. The officer, Darren Wilson, was not indicted; the United States Department of Justice released a report early this year concluding that Wilson’s use of force against Brown was justified.

Just three months after Brown’s shooting, a 12 year old kid, Tamir Rice, was shot in a recreational centre in Cleveland, Ohio.  A witness saw Rice playing with a toy gun, called 911 to tell them that a guy had a pistol, that it was “probably” fake, but was scaring people. In response to the call, two officers pulled up to Rice at the centre, and within seconds, the kid was shot. He died the following day.

March 2015 saw the death of Philip White, a man mauled to death by a dog, reportedly let loose by police officers. A video shows two police officers standing over White as he laid handcuffed and unconscious on the ground, with an officer holding a police dog by the leash, allowing it to bite White around the head and neck before pulling the dog away. Witnesses said the officers kicked and beat White before letting the dog on him.

The following month, Walter Scott was shot eight times from behind by a police officer as he fled. The officer, Michael Slager, had given a false report of the incident, before an eyewitness video surfaced contradicting his report. The story surrounding the death of Justus Howell, a 17 year old black teenager is similar to that of Scott. Howell was shot twice in the back as he fled from police officers in Illinois. Same goes for Eric Harris, an unarmed black man in his forties who was shot and killed by a reserve deputy. The officer, Robert Bates, said he fired his gun after mistaking it for his taser.

On the 13th of July, 28 year old Sandra Bland was found hanged in a jail cell, in Texas. Police reported suicide with the use of a plastic bag in her cell. Bland was arrested and taken to jail after allegedly assaulting an officer during a traffic stop, but was found dead three days later. While the police and coroner classified her death as suicide, the public disputed it, alleging racial violence. At the time of her arrest, Bland could be heard screaming and crying when the police officer tackled her to the ground, “I can’t even f*cking feel my arm … You just slammed my head to the ground, do you not even care about that?”

These instances have the same narrative, white cop shoots black man because he was violent. Police officer felt threatened by black man who assaulted him, tried to defend self. Or it could be something as absurd as “it was a mistake,” as in the case of Eric Harris. Reports have shown that police in the US are much more likely to shoot and kill black suspects than they would a white or Hispanic. It has been argued that young black men are always presumed guilty, a threat, and dangerous by Americans. 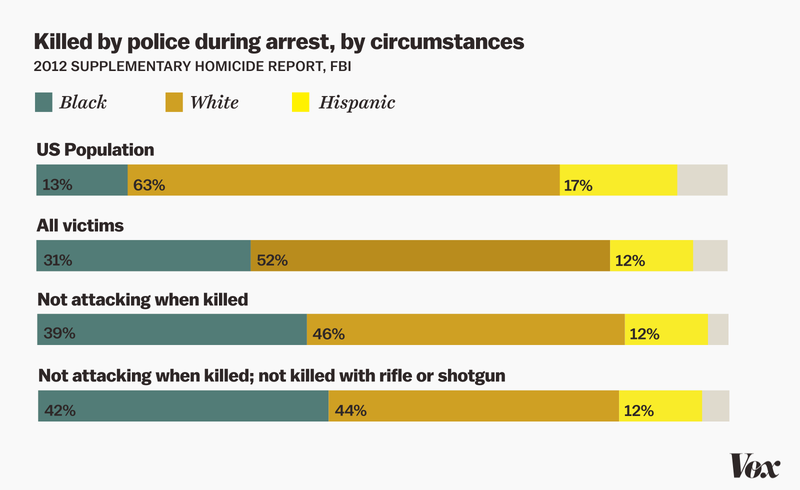 In the case of Matthew Ajibade, Walter Scott, and the likes, these policemen would have gotten away with killing helpless black men. There would have been no indictment, nor trial, just another social media hashtag, and story of police brutality, that might have gone under the radar.

Nine Chatham County deputies who were on duty at the time of Ajibade’s death were fired in June, two of whom are currently facing charges of manslaughter, cruelty to an inmate, and public records fraud. Matthew Ajibade was a photographer and designer who was studying at the Savannah College of Art and Design (SCAD), in Savannah, Georgia.