Life In The Diaspora: Economic Power Of African Immigrants In Minnesota 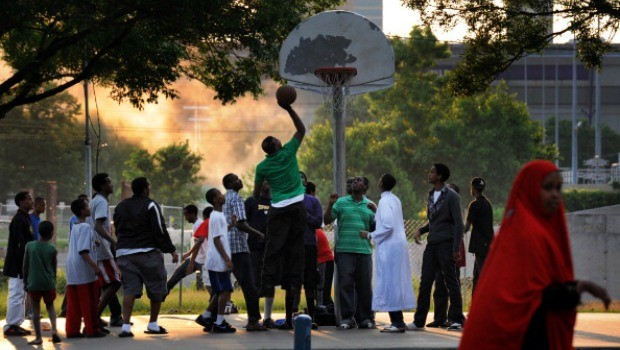 Minnesota’s diverse population of African immigrants has untapped potential to increase the state’s exports by tens of millions of dollars, according to research released Friday.

African immigrants in Minnesota earn close to $2 billion annually, but a disconnect with policymakers is holding them back from contributing more to the state’s economy, economist Bruce Corrie at Concordia University in St. Paul found.

“The community itself does not know its power,” he said.

There’s a strong spirit of entrepreneurship in the communities, his study notes. It estimates that Minnesota’s African immigrants own between 2,200 to 3,200 businesses. Still, Corrie said, they’re largely invisible to mainstream institutions and policymakers.

Minnesota’s exports to all of Africa totaled $244 million in 2013, but Corrie’s study says the growth rate isn’t keeping pace with other states.

“Did you know?” is Corrie’s message for the business community. Mainstream industries might not be aware of Minnesota’s African immigrant population, but the group’s impact is large. Corrie found that the populations he studied spent about 55 cents of every dollar earned in mainstream businesses.

“The only thing that gets attention are these negatives,” Corrie said.

It’s crucial for businesses and policymakers to become active in African immigrant communities and build relationships, Corrie said. Minnesota businesses could still get ahead of the curve nationally if they reach out to these populations before others fully integrate the immigrant markets.

He recommends involving immigrant community leaders in policy decisions, specifically those relating to transit. And to get more African immigrants into the workforce, Corrie says the state must help people with foreign job credentials transition them into a job here.

The stakes are high. African immigrant students in Minnesota’ K-12 system have a lifetime earning potential of $37 billion, according to Corrie’s study.