Life as a Boko Haram captive: Story of kidnapped tribal chief and family gives an insight into workings of Islamist organisation 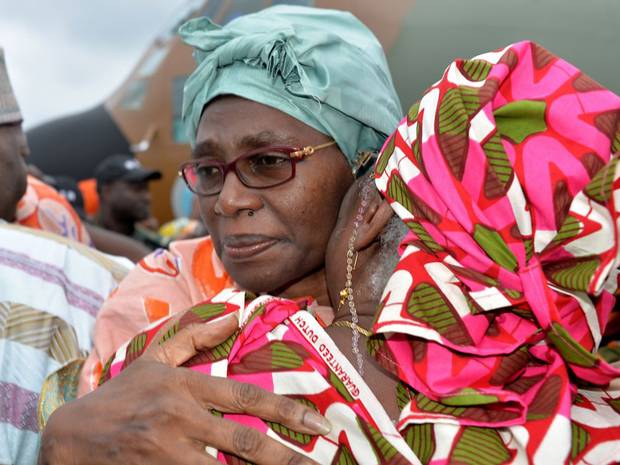 Seini Boukar Lamine, a tribal chief from northern Cameroon, is used to being addressed as “Your Majesty”.

It was not a courtesy extended by Boko Haram when the Islamist group stormed into his home and  kidnapped him and his family. The ordeal was to last two-and-a-half months during which he was separated from his wife and children, the youngest a three-year-old daughter, and lived in constant fear that they might be killed at any moment.

On 27 July last year, the tribal chief, or lomido as he is known to his followers, was greeted with cries of “Allahu akbar” as he and his family were finishing a Ramadan breakfast on the last day of the Muslim month of fasting. It was at their home in Kolofata, a frontier town little more than 5km from the Nigerian border where he is also mayor. The town has frequently been attacked by the militants, who have pledged allegiance to Isis.

On this occasion they came for the lomido. After a tip-off from a local teenager – he believes – his entire family, apart from his 10-year-old son who managed to escape, were taken by the militants.

“We heard guns and cries of ‘Allahu akbar’ and we knew it was Boko Haram,” he says in an interview with The Independent, his first with the international press since his release. “The gunfire became more and more intensive. They came into our building and began to break down the door with their guns and with a hammer – it took 30 minutes for them to break the doors down. We knew they were coming for us.

“We were in the living room – me, my wife and our eight children – they came in and at that moment we knew everything was finished for us.”

The rise of Boko Haram

Along with his family, Françoise-Agnès Moukouri, the wife of Cameroon’s Deputy Prime Minister, was also kidnapped. The high-ranking targets, and the fact that they were in the same place at the same time adds to the suggestion that the kidnapping was planned. Unlike many others who are murdered by the militants, some in gruesome, filmed killings, the lomido, his wife and his children and the Deputy Prime Minister’s wife were to survive and be released in circumstances that raise questions for the Cameroonian government.

However, it all nearly ended sooner than that. “They even had a vehicle from the BIR [Cameroon’s special forces] because there had been an ambush,” the lomido says. “We drove out and a couple of miles from Kolofata, we stopped. One of the vehicles wouldn’t start because it needed a remote control of some sort. One of the guys went back to look for it, but before that they accused us hostages of hiding it. He lay four people down on the floor and threatened to shoot them. The leader knew we hadn’t got it and eventually they set fire to the vehicle that wouldn’t start and set off for the Nigerian border.”

The BIR has made significant gains against Boko Haram in recent months, and has pressed the militants back from the border villages inside Cameroon into Nigeria. But because Cameroon’s elite fighters do not have a mandate to cross the border, Boko Haram has consolidated territory in the area around the Sambisa forest. It was here the captives were taken.

“They separated the men and the women and children – from that moment we had no contact with the women in the group, and had no news of them,” he says. “On the one hand we were confident [we would survive]. Boko Haram had previously released people from the Cameroon. But sometimes the group is mean and kills for nothing. Occasionally a hostage would be publicly killed in an area used to play football – they were Nigerians but we felt it could happen to us at any time.”

The Sambisa forest is almost impenetrable, but this kidnapping gives an insight into the way Boko Haram operates. According to the tribal chief, the camp was also used to train fighters, as many as 20,000, he estimates. And he is convinced that the men persuaded to join Boko Haram are not just fighters inspired by jihad and motivated by the prospect of becoming a martyr.

“We were always guarded by two or three young boys – they would change all the time because most liked fighting rather than guarding,” he says. “Those holding us were no more than 14 or 15 years old – they had no say in what happened to us. It was the bosses who decided whether we were released or murdered. The guys looking after us had been promised money but they only got that if they went to fight.”

He also suggests that as well as using child soldiers, Boko Haram has different strands, including those that are more radical and dedicated to militant Islamism. “Our guards were good to us,” he says. “One of their jobs was to make sure the extremists didn’t come and kill us.”

A total of 17 people were taken from Kolofata. After 27 days in captivity, they were taken by their captives to make a video: “It was the first signal that negotiations were taking place, and a few weeks after that they told us that they didn’t think they would be keeping us for long.”

The nature of the release is also shrouded in mystery. The Kolofata group was held with a number of Chinese who escaped from the jungle camp. They were recaptured five days later, but it became clear that there was a plan to release them together.

The lomido said he is still unsure why he was released, but it has been widely reported that the group was exchanged for Boko Haram fighters and possibly even weapons provided to the group by the Cameroon government.

Officials refuse to be drawn on the issue, but don’t deny that an exchange was made with a group with which government ministers says Cameroon is at war.

The lomido grins as he describes his release. “It’s a dream to be free,” he says. “I live a life of peace.