Is this three-deck, zero-emissions super jumbo plane the future of flight? 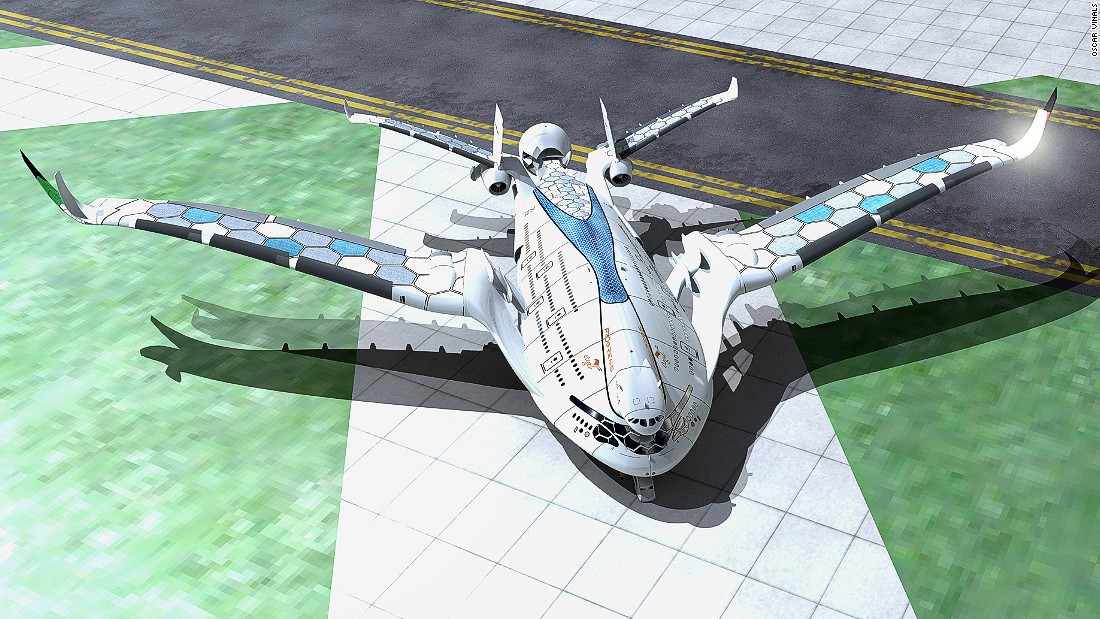 Last year, he came up with the design for the AWWA Sky Whale, a futuristic aircraft that he said would revolutionize green air travel and carry an astonishing 755 passengers. Now, he’s bested himself.

With his newest design, the AWWA-QG Progress Eagle, he imagines the future of travel as a triple-decker aircraft with zero carbon emissions.

Rather than relying on traditional fossil fuels, the plane (which he envisions taking to the skies in 2030) would rely on six hydrogen engines to lift the plane off the ground. The aircraft would also be fitted with a rear engine that would double as a wind turbine, and solar panels on the roof and wings.

“The best aspect of the Progress Eagle would be its capacity to generate its own energy,” says Vinals. He adds that the flight would also be “noiseless.”

Vinals also envisions the plane, which would carry up to 800 passengers (275 more passengers than the largest aircraft today could handle), would have a new passenger class in the front of the plane.

The “pilot class” would have panoramic views. There would even be the potential for private rooms, shops and restaurants.

“Twelve hours in an airplane could feel more like a select hotel,” says Vials. “It would reduce the stress of a long flight.”

At the moment, the concept is little more than, well, a concept. Vinals acknowledges that the technology needed to implement his design is still a ways off. 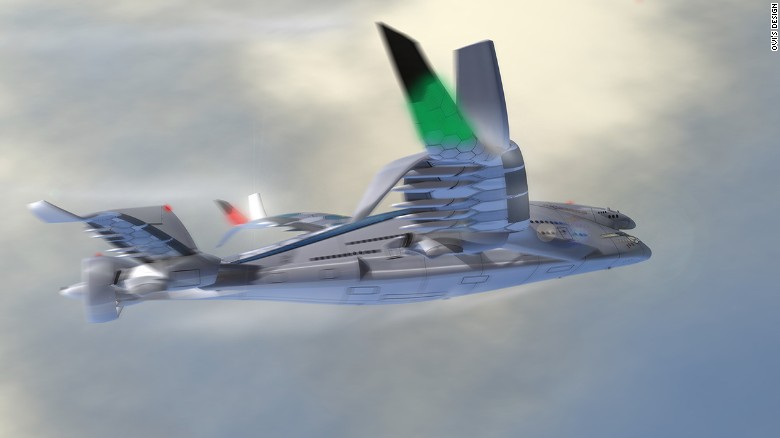 “Today we have about 40% of the technology needed to build it,” he admits.

“Quantum solar cells, nanowires to kinetic power, micro radio wave harvesters — these technologies only exist in a limited scale at the best laboratories around the world. But in a few years, we could overcome our limits and build anything imaginable.”

Designer and aviation enthusiast Oscar Vinals has designed a triple-decker concept plane called the AWWA Progress Eagle, which he imagines could be implemented by 2030.