Is Djibouti Becoming The Dubai Of Africa 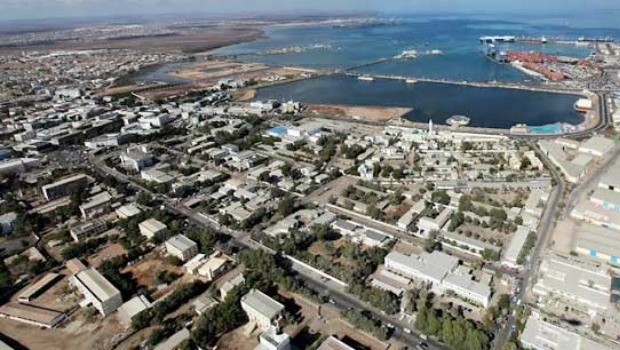 Since gaining independence from France in 1977, Djibouti has steadily carved out a regional role through its strategic and commercial relevance at the junction of Africa, the Middle East and the Indian Ocean.

New Chinese investment totaling 10.8 billion euros ($11.78 USD) will fund the building of six new ports, two new airports, and what is being touted as the biggest and most dynamic free trade zone in Africa, potentially giving the capital, Djibouti City, an edge over its rivals.

“About 2 million African customers travel to Dubai each year,” said Dawit Gebre-Ab, with the Djibouti Ports and Free Zones Authority overseeing the city’s commercial infrastructure development. “We know what is on their shopping lists, and they could be coming here instead.”

Behind the construction cranes and flashy hotels, however, there still exists in Djibouti a palpable French-colonial legacy fused with a heady mix of traditional Somali, Arab and Ethiopian influences among its 900,000 population.

Some local Djiboutians express mixed feelings about the bid for modernity and its transformative effects, fearing what could be lost, and may already be fading.

Recent fighting in Yemen thrust Djibouti into the limelight as it has played host to hundreds of refugees fleeing the city of Aden. Only 30 kilometers separate the two countries’ coasts at the narrowest point of the Bab-el-Mandeb strait—translating as gateway of tears—joining the Red Sea and the Gulf of Aden.

“Djibouti has an important security role in the region,” said Mohammed Ali, the Djibouti Foreign Ministry’s secretary-general. “Events in Somalia, Eritrea, South Sudan and Yemen illustrate how this is evolving.”

One foreign diplomat referred to Djibouti as “an oasis in a bad neighborhood.” And recently the U.S. military agreed to extend its presence by 25 years, including Camp Lemonnier, its African headquarters. Total foreign military based in Djibouti including personnel from France, Netherlands, Spain and Japan could number around 25,000 by some estimates.

Perched at the southern approach to the Suez Canal, Djibouti’s ports serve one of the world’s busiest shipping lanes, as well as acting as a lifeline to neighboring landlocked Ethiopia, a growing regional economic power and Africa’s second most populous country.

But not everyone is happy with Djibouti’s current strategic and economic upswing.

“The government only cares about how to collect the country’s wealth,” said a Djiboutian journalist previously arrested for reporting on domestic issues. “They do not care about freedom of expression, human rights, justice and equal opportunities of people.”

Other locals speak of a country run by a business-savvy dictatorship, while China’s increasing involvement has Western observers paying close and sceptical attention.

…Dreams of a Dubai-type future have questionable relevance for most local Djiboutians, 42 percent of whom live in extreme poverty, while 48 percent of the labour force are unemployed, according to 2014 figures.

It’s all a far cry from 1930, when the visiting English novelist Evelyn Waugh described French Somaliland as “a country of dust and boulders” and “intolerable desolation”.