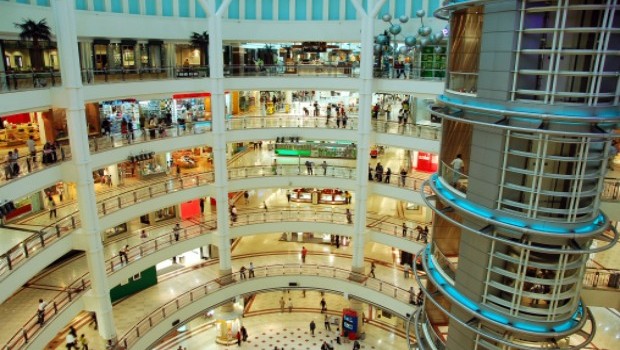 East Africa’s shopping landscape is slowly changing with the construction of multi-million dollar centres in prominent cities. Many projects are being developed by investment firms and private equity funds eager to cash in on the region’s burgeoning consumer markets.

In Nairobi, London-based private equity firm Actis is set to open its $250m Garden City mall on May 28th. The first phase of the project will include 33,000m2 of retail space, residential units and a parking area. Garden City is located along the Thika highway, a multi-million dollar road completed in 2012 that connects Nairobi with the town of Thika, about 40km north-east of the capital. The development has attracted leading retailers, including South Africa’s Game and US fast-food chain KFC.

Although Nairobi is already relatively well serviced in terms of modern retail space, Koome Gikunda, investment principal at Actis, says it identified a gap in the eastern suburbs which “were severely under-served” at the time.

“There was an area where about 1.5 million people had no access to any formal retail. [Secondly], a two-lane road was being converted to a multi-lane highway. In other markets we have seen the effects of transformational infrastructure on middle class growth. This is by far the fastest growing node in Nairobi.”

Other mall developments in the region include Mara Group’s $300m Oysterbay City project in Tanzania’s commercial capital Dar es Salaam, which will include the country’s largest shopping mall.

In Rwanda’s capital Kigali, private equity firm Fusion Group is putting up the $34m Kigali Heights mixed-use development which also features a retail component. “We will have the anchor tenant setting up by November, and hope to open our doors to the public in March 2016. We have already let 52% of the space in the retail side of the project,” says Daniel Kamau, head of real estate at Fusion Capital.

Centum CEO James Mworia notes that adequate financial resources enabled Centum to start the Two Rivers project without having to wait for joint venture partners who were hesitant because of their risk perceptions.

“We had the equity to be able to start the project, and to start the project alone. Sometimes when you get joint venture partners at the onset [of the project] you need to be careful as to whether there is alignment, and particularly alignment around your risk perception. Some of the joint venture partners who had approached us in the early stage were not comfortable. But now, having progressed 12 months, we recently brought in partners,” says Mworia.

But even with the financial resources, sophisticated developments come with numerous challenges. For Centum, managing a big team of local and international consultants was too much of a headache so it decided to start a subsidiary to handle the development of its real estate projects.

Mworia says the company also made the mistake of not concentrating on its anchor development right from the early stages.

“If we had done that perhaps we would have shaved a year off. We had so many options that we spent a lot of time with the master [planning]. If I was to do a second development I would focus first [on the anchor development] and then build everything else around it.”

But ultimately private equity investors will at some stage have to exit their investments by selling their shares. “Our investor horizon happens to be zero to seven years, so within the eighth, ninth and 10th year we will be looking to exit our investment,” says Kamau about Fusion Capital’s investment in Kigali Heights.

In West Africa Actis developed and exited The Palms shopping centre in Lagos and Accra Mall in Ghana, but it still owns The Ikeja City Mall in Lagos and the yet-to-open Jabi Lake Mall in Abuja.