Nigeria has the potential to be one of the world’s next great breadbaskets. It has over 84 million hectares of arable land – larger than the entire country of Turkey – but only 40% is currently cultivated. It has abundant and reliable rainfall in over two thirds of the country.

Nigeria used to be a major player in global agricultural markets. In the 1960s, it was the world’s largest producer of groundnuts and palm oil, and the second largest exporter of cocoa. The country was largely self-sufficient in food production before the discovery of oil in that same decade, which lead to the disinvestment and decline of the agriculture sector.

The government’s Transformation Agenda is seeking to make the necessary reforms and investments in the agriculture sector so that the country can return to being a major global food producer, processor and exporter that supports both a growing domestic and global population. 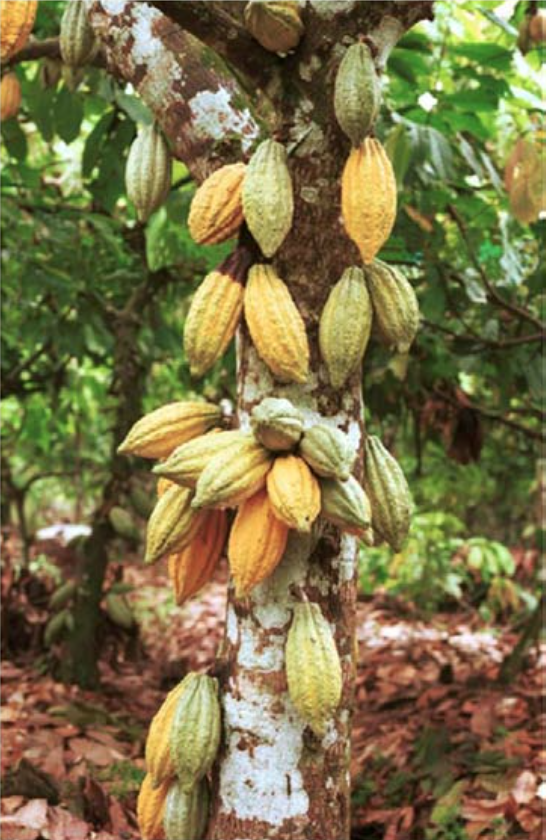 “There is money in the ground. The future is bright.” College graduate Omatayo Adeniyi is not talking about the wealth of oil in the tropical Niger Delta region. He’s left his office job in the city to take part in the thriving cocoa industry, located mainly in the tropical southwest.

Adeniyi received high-yield disease-resistant seeds from the government two years ago and planted 800 seedlings which are now flowering, instead of the 3-5 years it takes for traditional seeds. That improved growing cycle is helping fuel Nigeria’s 45% increase in cocoa exports this year – to $1.3 billion. It’s now on track to double its output by 2015.

With new policies and investments, Nigeria is producing more food for itself and for export today than it has in decades. Overall agricultural production in Nigeria has increased by 20 million metric tonnes over the past four years. As a result, Nigeria’s food imports have been halved over the same period.

New downstream food processing industries are expanding the variety of foodstuffs Nigeria produces, creating new jobs and increasing access to domestically-grown food for a growing population.  Nigeria is on a pathway to becoming self-sufficient in rice production, with wheat, cassava and cocoa production also on the rise.

An important element of agriculture reform has been improving farmers’ access to key inputs, such as seeds and fertilizers. The government terminated its own distribution system because it was corrupt – primarily providing inputs to well-connected farmers. Today, the private sector distributes fertilizer to farmers, with the government only providing a subsidy.  The government has created a national database of the country’s smallholder farmers to help ensure they receive supplies in this new system. More than 10 million farmers have already registered.

Today, only 2% of all bank lending in Nigeria goes into agriculture, despite the fact it contributes almost 40% of the country’s GDP and accounts for nearly 70% of its employment. The government is working with the banking sector to unlock loans and credits for Nigerian farmers.

The Ministry of Agriculture has established a financing facility with the Central Bank of Nigeria – helped by donor assistance from the United Kingdom, German and U.S. development agencies –  to provide risk management, financing, trading, and strategic solutions. The $50 million program leverages up to $3.5 billion, reducing the risk of agricultural lending by providing guarantees and brokerage services to buyers and sellers of commodities.

Nigeria’s agricultural transformation is also receiving attention from local and international investors who have made a total commitment of $8 billion in the sector over the last 24 months. The government’s Agribusiness Investment Unit was created in response to this interest, and provides private investors with tailored guidance on the processes and procedures of working in Nigeria’s agribusiness sector.

“If I dreamt five years ago that I would invest in agriculture, I would write it off as bad dream or nightmare, but today we’re investing US$2.3 billion in agriculture, US$2 billion in sugar and US$300 million in rice.”
— Aliko Dangote, President / CEO Dangote Group

Investments are also being made in storage and transport facilities to reduce agriculture waste from spoilage. Thirteen cargo terminals are being built to transport perishable fruit and vegetable commodities so that foodstuffs can move from farms to markets.

Beyond reforms and investments, agriculture has undergone a change in public attitude. It is today being run as a business sector, not an anti-poverty or social development program. Young people are increasingly interested in starting agribusinesses, and are choosing this economic sector as a profitable career choice. They are bringing fresh ideas, new technologies and innovation to Nigerian agribusiness, ensuring sustainable growth and improved food security for the nation and for Africa.

Across the entire value chain of agriculture – from inputs to production to processing – Nigeria has put in place institutional reforms and policies that are building a modern, productive agribusiness sector. The results are already being seen in increased domestic food supply, reduced imports, and the emergence of the sector as one that creates jobs and business opportunities for both Nigerians and foreign investors.