IF FEMALE SUICIDE BOMBINGS CONTINUE, SHOULD NIGERIA BAN THE VEIL? 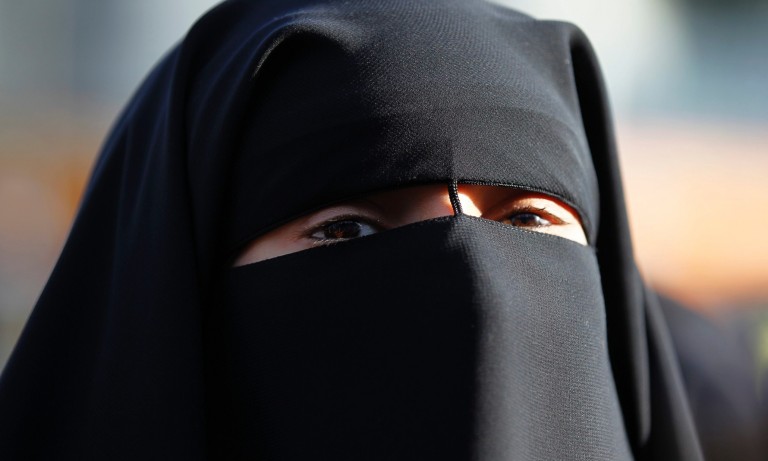 On April 14, 2014, Islamist sect Boko Haram abducted some 276 girls from their high school in Chibok, Borno State, an incident that brought the terrorist group an extended global media attention. While more than 50 had escaped, leader of the group Abubakar Shekau said he had married off the remaining girls. However, recent events suggest that the Islamist militants might have kept the girls to carry out suicide attacks.

The group has stepped up its campaign of suicide bombing using girls, usually veiled, to blow up targets in Nigeria’s northeast. At other times, the militants storm villages on motorcycles and pick-up vans shooting indiscriminately at villagers and burning down homes.

An attack, on Monday, by two girls who blew themselves up at a fish market in Maiduguri, the birthplace of the Islamist sect, led to 30 deaths. Another followed in Yobe State, where a girl believed to be aged about 12 years blew herself up at a market. Although it could not be confirmed whether the suicide bombers wore veils, most women in the region wear veils for cultural and religious reasons. Boko Haram had exploited this, with several female suicide bombers to have perpetrated attacks in recent times using their veils to conceal bombs. The terror group has not claimed responsibility for any of the recent bombings.

During his electioneering campaign, Nigeria’s President Muhammadu Buhari promised to stop Boko Haram if voted into office. But the country has only witnessed more attacks since his inauguration. More than 150 people have been killed in the last three weeks. As part of efforts to end the militant attacks, the president has met with leaders of Chad, Niger and Benin Republic and has an invitation to visit Cameroon to discuss how the neighbours can collaborate to end insurgency. He also moved the Command and Control Centre of Nigeria’s Defence to Maiduguri and directed all soldiers manning checkpoints across the country to return to the barracks to focus on the work they signed up for. But attacks have continued regardless of the efforts.

Boko Haram’s use of female suicide bombers raises two questions. Were they used so they could conceal bombs under their veils? Or is the sect playing on the emotions of Nigerians by using girls who may well be the abducted Chibok girls as the perceived age range suggests? Although these questions may never be answered, one thing is clear; Nigeria needs to end Boko Haram’s insurgency as soon as possible.

When suicide bombers wearing veils attacked Chad, Nigeria’s neighbour and partner in the fight against insurgency, the country banned the use of the burqa (the full body covering, head to toe) and tinted cars. After suffering series of attacks by veiled girls, maybe it is high time the country considered toeing Chad’s path. But it will be a tough call for President Buhari who may be seen as working against the tenets of Islam, especially by the northern Muslims who are one of those to have suffered attacks the most.

Although studies show that the burqa’s true origin is cultural, not religious, fears that such ban could stoke religious tension in the country may never make Nigerian authorities regard it as a possible way of fighting insurgency. There have been several riots between Christians and Muslims in the country since the 1950s, usually triggered by extreme leaders. Such leaders still exist in the country.

President Buhari, himself, does not think he is out of options yet. In fact, the president believes the current approach will end the insurgency. A ban on the burqa is thus unlikely, at least not anytime soon. But if female suicide bombings continue, should Nigeria ban the veil?