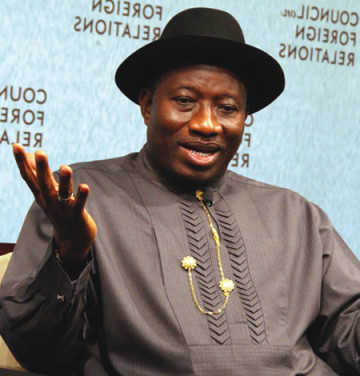 President Goodluck Jonathan on Sunday said there was no truth in a report that he and the Peoples Democratic Party spent N2tn for campaigns ahead of the just-concluded general elections.

He also denied setting up a committee to conduct an audit of how the elections funds were disbursed by party members and state officials.

Jonathan made the clarification in a statement by his Special Adviser on Media and Publicity, Dr. Reuben Abati.

Abati was reacting to a story of the SUNDAY PUNCH of April 19 titled, “Jonathan demands N2tn election funds refund, audit.”

He described the report as “mischievous, false and embarrassing.”

The presidential spokesman said with the country’s budget being a little above N4tn, the story suggested that half of the federal budget was spent on elections.

This insinuation, he argued, was meant to incite the public and instigate a national crisis.

Abati said the Presidency was worried that since the March 28 and April 11 elections, some persons had continued to work very hard to diminish the Jonathan Presidency.

He said such people needed to be reminded that the time for politics was over and it is time to focus on the in-coming government, with emphasis on national development.

The statement partly read, “The front-page story of the Sunday Punch of April 19 alleging that the Presidency spent a whopping N2tn on the 2015 general elections, and that a Committee of Five has been set up by President Jonathan to conduct an audit of how the funds were disbursed by party members and state officials is mischievous, false and embarrassing.

“The President has not set up any committee as alleged in that story. It is also not true that the Presidency and the Peoples Democratic Party used state funds, or spent N2tn on the campaigns. The innuendoes are wrong-headed; the motives behind the story are suspicious.”