How to live to be really old 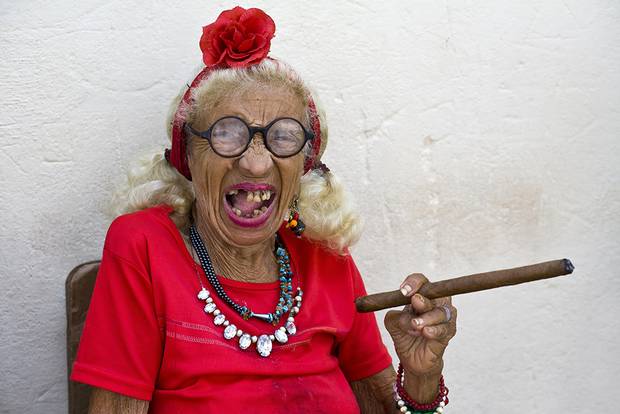 It’s highly questionable whether you’d want to live well into your hundreds, but if longevity is your thing, how best to achieve a good run?

The best piece of advice: BE A WOMAN.

The ten oldest people ever to have lived where all female, and the list of 100 verified oldest people contains only a handful of men.

Location-wise, the United States is the place to be for being super old, with a staggering 51 of the Top 100 hailing from the US, while Japan also sees its fair share of supercentenarians.

Beyond that, we only have the testimonies of the hyper-elderly to rely on, which fortunately are plentiful given that reporters nearly always ask them what their secret is.

Fun fact: She met Van Gogh and described him as “dirty, badly dressed and disagreeable”.

Didn’t divulge a secret, but her passions were said to be watching golf on television, doing needlepoint, and nibbling on milk chocolate turtles, cashews, and potato chips.

“Eating delicious things is a key to my longevity.”

These included ramen noodles and beef stew, as well as hashed beef and rice mackerel sushi.

When asked how she felt about her 117 years on Earth, she quite wonderfully replied: “It seemed rather short.”

She was said to enjoy painting, embroidery, dancing and walking. In her youth she would also drink fresh milk from the donkeys at her aunt’s farm, which relatives credited with helping her achieve such a good age.

She is said never to have smoked, ate regular small meals, and only drank in moderation.

She focused less on diet and more on outlook.

“Trusting in the Lord, hard work and loving everybody”

“Kindness. Treat people right and be nice to other people the way you want them to be nice to you.”

She shied away from media attention, and when she turned 113 in 2003, a reporter who asked her why she had lived so long was met with the reply “I don’t know.”

The reporter speculated that Bolden just wasn’t in the mood to talk that day, given that when one of her daughters kept trying to cover her with a blanket, she said “If you weren’t my child, I’d put you over my knee and whoop the [expletive] out of you.”

She credited “minding her own business” and avoiding junk food.

Nowadays, the oldest person in the world keeps dying.

Though curiously no recent ‘champions’ have come close to the ages of those that died in the 90s, improvements in health care have meant that a much larger number of people now reach their hundreds, making the reign of each oldest person often last only days.