How African Elite Teams Have Fared Since The 2014 World Cup 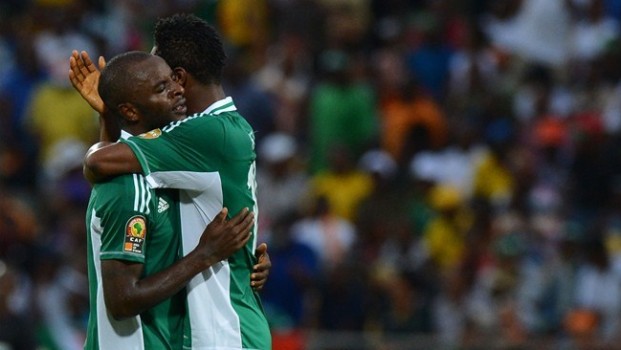 For the first time in history, two African national teams qualified to the knockout rounds of a World Cup finals. Nigeria and Algeria were not the bookies’ favourites to advance to the round of 16, but both put in mature round robin performances and fought valiantly against France and Germany.

It might be argued that we are now seeing the emergence of an African elite as the same five teams qualified for two consecutive editions of the World Cup. Algeria, Nigeria, Ghana, Cote D’Ivoire, and Cameroon each made their second consecutive appearances, and progress is slowly but surely being made.

Death On An Eagle

Surprisingly, only four of the elite five qualified to the 2015 AFCON. Nigeria, holders of the title, failed to get out of Group A during qualifying and Stephen Keshi, the coach that led them to the continental triumph in 2013, was dismissed of his duties.

For the Super Eagles, there was not enough talent to mask the disorganization rife in the football federation and national team set-up. Keshi’s contract had run its course after the World Cup, but it was not renewed and he was not sacked. The contract limbo surely contributed to a lackadaisical attitude, which Congo capitalized on during the first day of qualifiers.

Nigeria hadn’t lost in Calabar for 34 years before the 2-3 drubbing in September. Defenders Godfrey Oboabona and Kenneth Omeruo were two years into their partnership in the heart of defence and with vital experience in two major tournaments, they had no right letting Thievy Bifouma abuse them in the way he did.

Tensions heightened after the loss with players fighting with journalists, with one another, and continuing to put in toothless performances. Miraculously, the sixth and final matchday of qualifying had come and Nigera were still in the running for the AFCON. All they had to do was beat an already qualified South Africa to advance.

The same South Africa that had never managed a victory over the African champions. South Africa. Yet, BafanaBafana jumped ahead with a two-goal lead in the first half, which Keshi’s men could not overcome. Nigeria must start rebuilding from now if they are to keep their place in the African elite.

From Worst To Best

One team that did rebuild quickly is Cameroon. The Indomitable Lions were comfortably one of the worst teams in Brazil. Off the pitch troubles spilled into stadiums in Rio, Brasilia, and Porto Allegre. Eto’o and co shipped four goals to Croatia and Brazil, and were lucky to only concede two against Mexico.

What, perhaps, hurt more than the poor results, was the bouts of indiscipline. Benoit Assou-Ekotto head-butted winger Benjamin Moukandjo after the latter continued to ignore his supporting runs. Alex Song elbowed Mario Mandzukic in the back earning himself a straight red card.

After returning to Yaoundé in August, coach Volker Finke told state television that ‘The team in Brazil wasn’t my team’ and he was given a second chance to do it his way. Players of considerable stature were the first to be axed. Assou-Ekotto, Chedjou, Alex Song, Makoun, and Eto’o all left the set-up for one reason or another. At just 27 years of age, Stephane M’Bia inherited the armband, and a tidal wave of youth washed into the scene.

Clinton N’Jie made an immediate impact alongside Eto’o replacement Vincent Aboubakar as they scored all four goals against the Cote D’Ivoire in a 4-1 win. Between the sticks Charles Itandje was discarded for 18 year-old Fabrice Ondoa of Barcelona who has impressed. It seems as though Volker Finke finally has the players he wants, and whatever the result in Equatorial Guinea, what’s certain is that the future is bright in Cameroon.

One team that is seemingly on the decline, however, is Cote D’Ivoire. The infamous golden generation is on its heels and looking back into a titleless precipice. Drogba, Doumbia, Zokora and others already fell into that abyss, so this is really the last chance for the likes of Kolo Toure, Yaya Toure, Salomon Kalou, Arthur Boka, and Copa Barry.

In 2012 Les Elephants lost in the final of the AFCON despite not conceding a single goal in the tournament. Herve Renard’s Zambia were the side to trounce them, so the Frenchman was brought in after Sabri Lamouchi’s failure to get out of the group stages in Brazil. The appointment of Renard was the populist choice, but he hasn’t yet found the success that most anticipated. The Frenchman’s biggest problem has been finding a replacement for Didier Zokora in defence.

Zokora, who has more than 100 caps for Cote D’Ivoire, was not only a good defender, he was the yoke that held the backline together. It might be argued that his communication was a bigger loss than his defensive capabilities. Les Elephants ended up conceding 13 goals during qualifiers, which was the highest total on the continent. KoloToure agreed to come out of retirement after an emergency plea by Renard, and his touch has been conspicuous. But if Cote D’Ivoire fail to iron out the kinks in their porous defence, this tournament will have be the final nail in the coffin of their golden generation.

One team that seems to be building a golden generation of their own is four-time World Cup participants, Algeria. Les Fennecs have benefitted from administrative stability, new infrastructure, talented recruitment, and inspired coaching appointments.

The results have been instantaneous as Algeria notched victories in their first four matches, qualifying for the AFCON as quickly as possible. Gourcuff’simprint is evident for all to see. Algeria now play a more attractive brand of football, replete with zigzagged short passes and mazy dribbling. They head into the AFCON as one of the very favourites to win the tournament, and with the youth in this side, Les Fennecs can only get better.

On and Off Pitch Matters

It’s hard to tell if Ghana are improving or slowly degenerating. On paper, the Black Stars are a young outfit with enough talent to aspire to be one of the best sides in the world. But off-pitch problems have hamstrung their progress time and time again. Ghana have had three managers since the World Cup and none of them are inspiring appointments.

In the midst of qualifications the national team were taken to court by federal authorities for embezzling funds. There also reigned an atmosphere of indifference amongst the supporters whose patience has been repeatedly tested by several prima donnas.

Yet it is difficult to remain pessimistic about a side that boasts the talent of Baba Rahman, Jordan and Andre Ayew, Asamoah Gyan, and Christian Atsu. As always, Ghana will be entirely unpredictable; they could finish champions or crash out of the first round.

So four of the Africa’s five elite teams are ready to once more showcase their talents in a major tournament. There are auspicious signs aplenty for Algeria and Cameroon, Cote D’Ivoire seem on the verge of decline, and it is safer to stay silent about Ghana’s future. Questions will be asked of Nigeria’s merit in an ‘African elite’ after failing to qualify for the AFCON, especially in light of resurgent outfits in the image of Senegal, Tunisia.