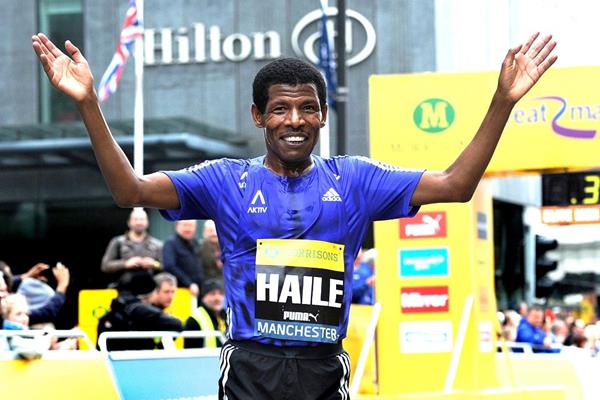 The hugely popular and world-famous Ethiopian will still participate in races but no longer with the intention of getting on the podium.

It brings to an end a phenomenally successful career which stretched back more than two decades in which he claimed two Olympic gold medals over 10,000m, in 1996 and 2000, nine IAAF world titles, including  four consecutive IAAF World Championships 10,000m wins, and he set 15 official world records outdoors as well as five world indoor records.

He first came to international attention when he won the 5000m and 10,000m double at the 1992 IAAF World Junior Championships.

Although some of his records have since been surpassed, notably on the track by his compatriot Kenenisa Bekele, Gebrselassie remains the world record holder at 20,000m and one hour.

“I’m retiring from competitive running, not from running. You cannot stop running, this is my life,” he told local reporters in Manchester.

“I’m very happy to stop here. I knew this was going to be the last one,” he added.

Indeed, after crossing the finishing line for the first time, Gebrselassie went back to the start to run the 10km route again as a part of the mass field.

His decision came as a something of a surprise although he had told some close confidents in recent days that this would be his last serious race.

The announcement of his retirement was confirmed to the IAAF by his manager Jos Hermens.

In addition to his feats on the track, he is also a successful businessman in Ethiopia, employing thousands of his compatriots in variety of fields but particularly in real estate and the local coffee industry.

He is also an Ambassador for several United Nations organisations, including the United Nations Development Programme and created the Great Ethiopian Run.