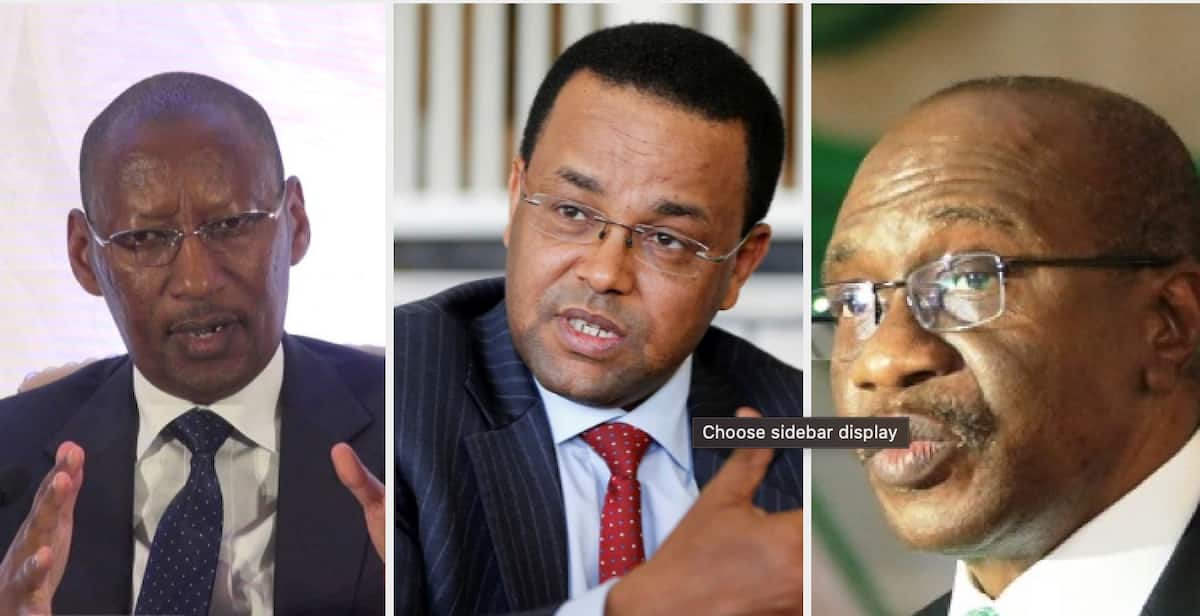 A report card ranking Central banks around the world has ranked Godwin Emefiele performance as C grade level and 15th among 25 African countries.

The Central Banker Report Cards, published annually by Global Finance since 1994, grade the central bank governors of 101 key countries and territories, including the European Union, the Eastern Caribbean Central Bank, the Bank of Central African States, and the Central Bank of West African States.

In 2020, Emefiele was placed 10th best in Africa, showing a drop of 5 places among the 26 Africa governors countries mentioned.

Others are Bank of Central African States, Angola, Ghana, Mauritius, Kenya, Tanzania, and Algeria all ahead of Emefiele.

Among the aforementioned African countries, only two central bankers made the top 10 global list; Abdellatif Jouahri, the Governor of Bank al-Maghrib (Morocco), and Tarek Amer, Governor of the Central Bank of Egypt (CBE).

The magazine rates achievement in areas such as inflation control, economic growth goals, currency stability, and interest rate management on a scale of “A” to “F.” (“A” indicates exceptional performance while “F” denotes complete failure.)

Judgments are based on performance from July 1, 2020, to June 30, 2021. A governor must have held office for at least one year in order to receive a letter grade, the report said.

Under governor Godwin Emefiele’s watch, Nigeria’s central bank has engaged in deliberate measures to ensure the stability of the Naira. Unfortunately, the measures have not borne the desired fruits.

In many aspects, the volatility of the Naira is synonymous with the reign of Emefiele, which since 2014 has been characterized by rising inflation and tremors in the banking industry.

In July, the central bank kept its policy rate at 12.5 percent, fearing that lower rates would put pressure on the naira. Private credit, on the other hand, has fallen precipitously, despite the central bank’s efforts to persuade commercial banks to increase lending.

Lagos missing as North leads in eNaira adoption in Nigeria

In a related story, the Central Bank of Nigeria (CBN) has urged all Nigerians to use the eNaria, claiming it is more secure than cryptocurrencies.

This was disclosed by CBN spokesman, Nnamdi Okwuosa at the CBN Fair, with the theme, Promoting financial stability and economic development.

He stressed that despite several hitches and complaints, he promised Nigerians that eNaira is more reliable than any cryptocurrency.