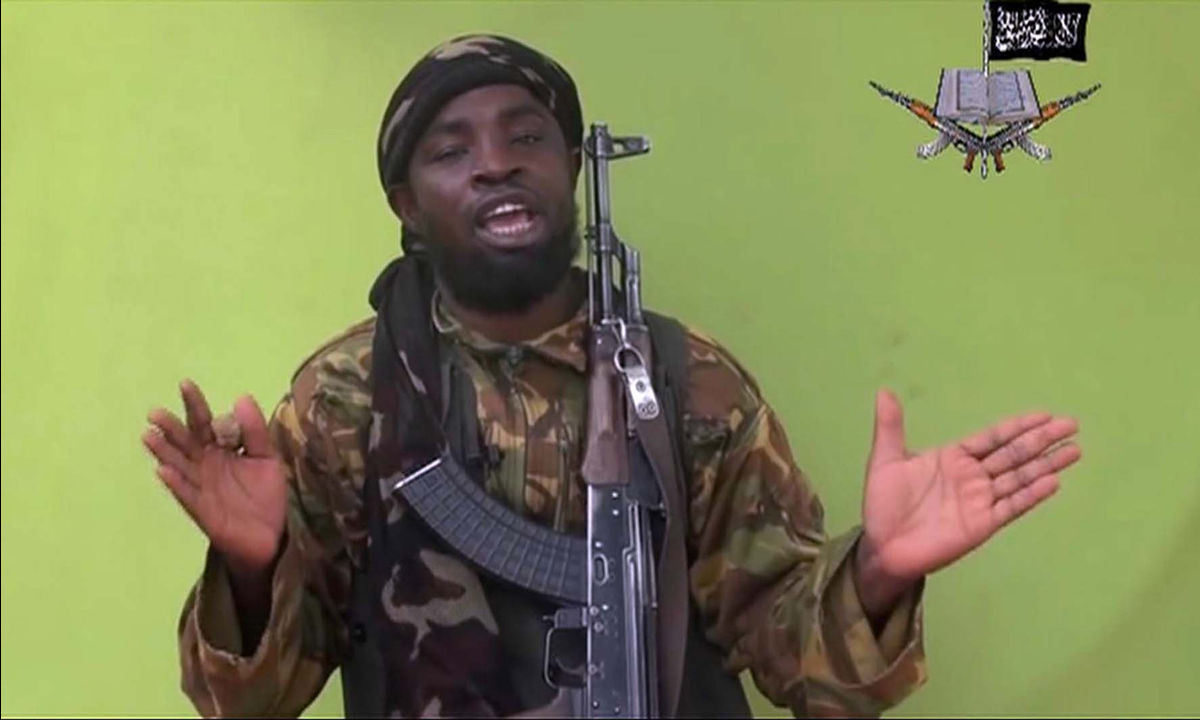 Grace was in her school dormitory in the northeastern Nigerian town of Chibok when Islamist militant gunmen kidnapped 276 girls. Ten months later, she and 20 others who managed to escape have found a haven at the American University of Nigeria.

Physically the university is about 270 kilometers (168 miles) south of Chibok, but for Grace, 17, and the other girls, it’s a world away. Their journey has taken them from the kidnapping by Boko Haram on the night of April 14 to the serenity of an American-run campus, where students browse their iPads and sip cappuccinos from Starbucks.

“I just came into the school, I was, ah, I was wondering which kind of school I am in?” Grace, who like other escapees from the Chibok kidnapping didn’t want her last name to be published to protect their families from reprisals, said in an interview at the campus. “I didn’t think I’m in Nigeria. I thought I was somewhere else.”

After the kidnapping, the girls lived for several months with relatives in the region, some of them working on farms. They said they were completely unaware of the international campaign with the hashtag #BringBackOurGirls championed by Michelle Obama and thousands of others. Some of their relatives were killed or forced to flee their homes by Boko Haram in its six-year insurgency in Africa’s biggest oil producer.

The girls spoke on condition that they wouldn’t be asked about the details of their escape from the militants.

Boko Haram’s leader, Abubakar Shekau, has boasted in videos posted on YouTube that the young women who’re still missing have converted to Islam and have been married off to his fighters.

“It’s like somebody getting into the grave and waking up, and walking out of that grave,” said Turai Kadir, who heads the Center for Women and Adolescent Girls Empowerment, which is based in Yola, the capital of Adamawa state.

The girls’ move to the university began in August when its American president, Margee Ensign, decided to drive from the campus in Yola toward neighboring Borno state, Boko Haram’s stronghold, to find the girls. Initially, some of their relatives were skeptical.

“Many parents were very reluctant to bring them here,” she said. “They told everybody, said we were crazy to do this. ‘Our girls were kidnapped, now we’re giving them to you? You are in charge of them completely.’”

Once they were convinced, the problem was how to pay for their tuition and room and board. For all the media attention about the Chibok girls, they had almost no money. Ensign, who’s been president of the university since July 2010 and worked in Africa for 15 years in places including Rwanda and Uganda, decided to set up the AUN foundation to raise funds for their education.

“We’re trying to give them the same education our AUN students are getting,” she said. “They’re leap-frogging; you have no idea. They’re doing everything they can to succeed so we’re going to help them.”

When she asked them what she could bring back from the U.S. after her Christmas break, they didn’t say clothes or makeup; they said dictionaries.

“If I can get an education, I can become a pilot, I can help our country,” Mary, 17 said, adding after a brief pause, “Boko Haram kills our parents and our senior brothers, and we don’t like it, so we can come and help our country.”

Since the attack on the school, violence has spiraled in Chibok, a predominantly Christian town of farmers and civil servants. The spreading conflict has drawn in the armies from neighboring Chad, Cameroon and Niger and assistance from France and the U.S.

The increased military support from neighbors gives hope that “at least some” of the kidnapped girls may be rescued “in the next few weeks,” Nigerian President Goodluck Jonathan, who’s running for re-election, said in an interview broadcast on state television on Wednesday.

“I can’t even imagine what the missing girls’ parents are going through,” said Kadir of the women’s center, who has six children and nine grandchildren. “It’s better to know your child is dead. After mourning, you can continue with your life because you know there’s nothing you can do.”

Boko Haram, which roughly translates as “western education is a sin,” killed more than 4,700 people, mainly in the north, last year, double the number who died in 2013, according to estimates from Bath, U.K.-based risk consultancy Verisk Maplecroft.

“For some of us, our parents aren’t there anymore because of what happened,” said Dudu, 18. “They left Chibok and found some other place to stay.”

They’ve joined about 1.5 million people who fled the violence and live in settlements for displaced people or in refugee camps in neighboring countries, subsisting on food donations.

Yola’s population has almost doubled, and now is a haven for about 400,000 displaced people, according to the European Union.

The foundation Ensign started to attract funding for the Chibok students is now also soliciting donations to care for displaced people.

“We use that foundation now to raise money for food,” she said. “It’s like this whole thing is coming full circle. It’s so beautiful.”

Yana, 19, said she is studying science and plans one day to return to Chibok.

“If I study natural and environmental science, I want to be an ecologist; if I study software, I just want to be a computer engineer,” she said. “The education there, it’s very poor. There are hospitals, but they are not well equipped and no trained doctors. So with this ability and education I’ll graduate with, I think I will help Chibok and make it a better place.”