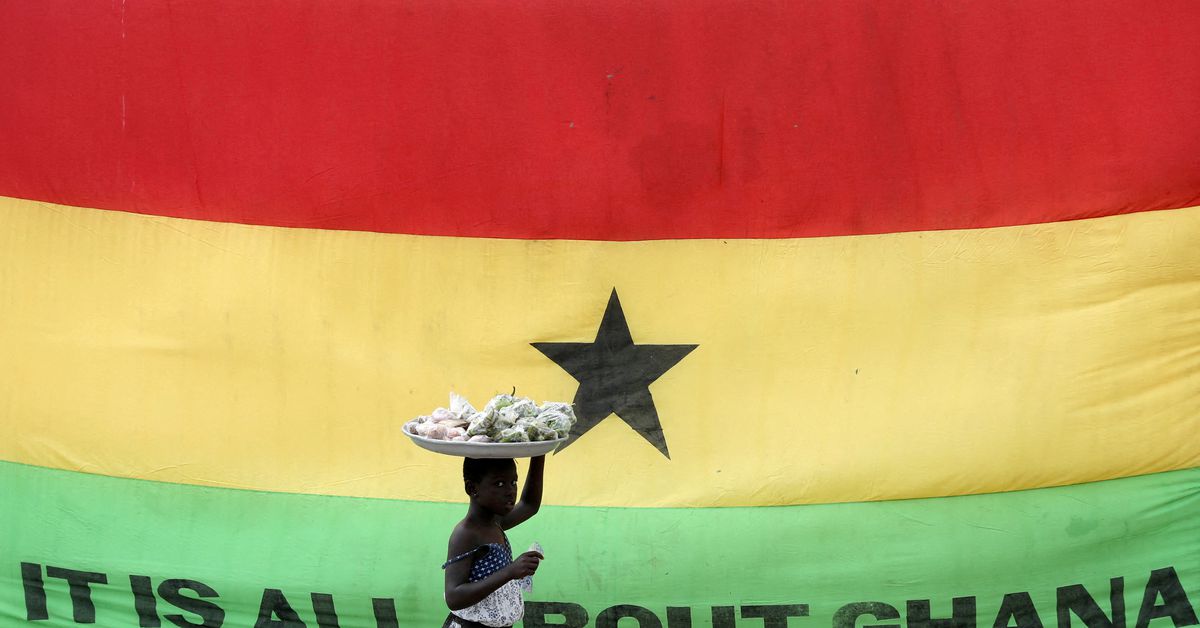 ACCRA, Dec 7 (Reuters) – Ghana’s economic recovery efforts could be delayed and complicated if a visiting team from the International Monetary Fund (IMF) leaves without a staff-level agreement next week, a finance ministry official said on Wednesday.

An IMF team is visiting Ghana until Tuesday as the country aims to negotiate a relief package before the end of the year to help relieve its debt distress and overcome its worst economic crisis in a generation.

Treasury and debt management director Samuel Arkhurst told reporters on Wednesday that the IMF had “nothing to do” with Ghana’s decision to undergo a domestic debt restructuring.

The IMF did not immediately respond to a request for comment.

Arkhurst told Reuters earlier that the consequences for those who do not voluntarily participate in the domestic bond exchange were still being negotiated, but there were no plans to go to parliament to force domestic bondholders to participate.

“If the holdouts are large, we will be in trouble,” Arkhurst told reporters.

“The government reserves the right to ensure that non-tendered eligible bonds do not benefit from their non-participation to the Domestic Debt Exchange, including through additional regulatory measures or a more coercive approach,” said a slide presented at the briefing.

A bank recapitalisation will definitely happen, with the central bank currently negotiating with commercial banks as to what shape it will take, Arkhurst said.

The Bank of Ghana also said on Wednesday that it was creating a financial stability fund with a target size of 15 billion cedis ($1.20 billion) to provide liquidity to financial institutions that participate fully in the debt exchange.

Arkhurst said that the World Bank had agreed to contribute to the fund and that other international financial organisations would follow once an IMF deal had been secured.

The west African producer of gold, cocoa and oil is aiming to cut its debt-to-GDP ratio from 100% to 55% by 2028, as it struggles with interest payments that have soared to between 70% and 100% of revenues, while the cedi has tumbled and inflation rocketed.

The cedi has lost more than 50% of its value this year, but showed signs of recovery after the latest IMF staff visit was announced last week. Refinitiv Eikon data showed the currency trading at 12.50 to the dollar on Wednesday, compared to 14.00 a week ago.

Public debt was 467.4 billion cedis or $48.9 billion in September, of which 42% was domestic debt, according to the most recent central bank figures released last month.

Cocoa bills and domestic non-marketable debt would be exchanged “under comparable terms” to the domestic bond restructuring announced on Monday, the finance ministry said in a Q&A statement, but did not provide any further details.

Ghana’s government is also planning to restructure its foreign debt, including $13 billion of Eurobonds that have traded at deeply distressed levels of below 50 cents on the dollar for months, but has not yet set out proposals.