Getting to Know the Diverse African Consumer 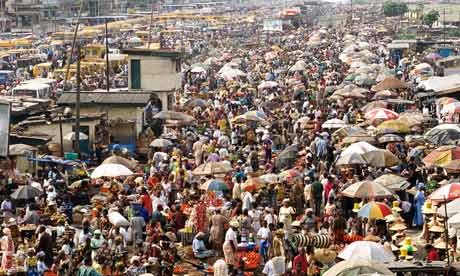 With more than one billion consumers, Africa is a continent of rising influence and potential.

Discover deep insights into consumer habits across a diverse range of markets with details on how African consumers spend their money and consume media.

With a population of 19 million, Angola offers great promise and opportunity for launching new products. Print and online penetration is almost twice that recorded in other Sub-Saharan African countries. In addition, its high GDP per capita and its young urban population are critical factors for growth.

Cameroon has a fast growing, tech-savvy, and fashion-conscious urban population. For this reason, though economic growth has lagged slightly behind that of the rest of Africa’s, Cameroon offers numerous opportunities for potential businesses and investors.

The Democratic Republic of the Congo has abundant natural resources, yet it ranks second to last in Africa on the Human Development Index. Companies that wish to launch new products need to remember that buying the same brand, affordability and availability are major purchase drivers.

Ethiopia has emerged as one of the fastest growing economies in Africa (8% p.a.) in recent years. While GDP per capita is estimated at only $350, the poverty rate has steadily declined from 65% in 2002 to the present rate of 40%.

Ghana’s economic growth and political stability make it an enticing destination for global companies to invest. In comparison to other African countries surveyed, consumers are more willing to try new brands, are better connected with media, and are more receptive to advertising.

Kenya is strategically positioned as the “gateway to east Africa”. Rising GDP per capita indicate increasing consumer incomes. Nielsen’s research indicates that Trendy Aspirants and Progressive Affluents account for 34 percent of Kenya vs. 28 percent across Africa.

Madagascar is a unique and potentially exciting market. It has recently struggled economically, but is poised for growth with a majority of the population under 20 years old and mid-income earners being the largest spenders on consumer goods.

Mozambique is the home to over 23 million people, 55 percent of whom are below 20 years old, and high GDP growth, the Mozambique marketplace offers significant potential.

Namibia is the seventh most business friendly country in Africa. Namibia’s economy, political stability and per capita income have consistently ranked among the best in Africa.

Growth in Nigeria has been possible because of steps taken by the government to end armed conflicts and create a better business climate. In the past decade the non-oil sector, led by Telecom and Agriculture has been instrumental in driving growth across Nigeria.

Tanzania’s strong macroeconomic indicators and rising population offer a variety of opportunities to manufacturers and retailers who can design products and services that are able to win the trust of consumers.

Uganda’s growing population and increasing urbanization make it an attractive market in Africa. As in any typical emerging country there are wide income disparities in Uganda.

To succeed in Zambia, companies must cater to consumer’s emotional needs first. Products must talk about “family well-being” and balance it with elements of modern, individualistic behavior.

Zimbabwe’s economy is fast recuperating after a decade of economic contraction, which has resulted in greater confidence across all consumer groups.