Get invited to Robert Mugabe’s 91st birthday and eat £78,000 worth of elephant 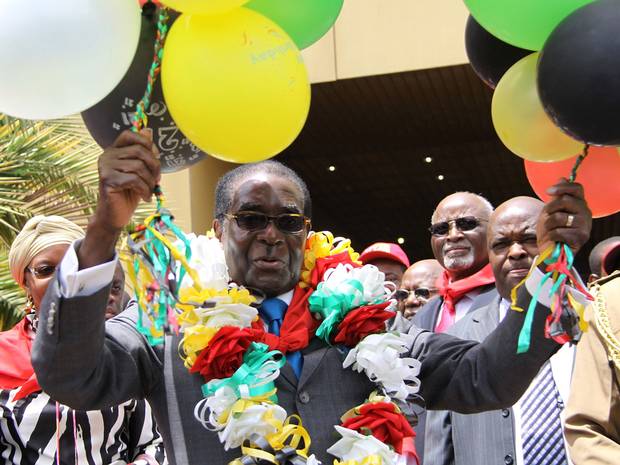 The party for the Zimbabwean’s president is set for 21 February at the luxurious Elephant Hills Resort, Victoria Falls, which has a spa and is set on a golf course.

On top of this, Mugabe plans to feed his 20,000 predicted guests a mixed grill including elephant and lion meat, according to theChronicle newspaper.

Prominent landowner Tendai Muasa says he has given two buffaloes, two elephants, a lion, two sables and five impalas for Mugabe’s birthday. The haul of meat is reckoned to cost around $120,000 (£78,000).

“The total value is $120,000. This reflects the money we get annually and we thought this would be a perfect gesture,” Muasa told the newspaper.

“No sane person will dispute the donation when they are beneficiaries of the land reform programme whose architect is the recipient of our donation.”

However, the Chronicle reports that Victoria Falls villagers believe Muasa has drained their resources and has made the donation without paying the community for the animals or consulting with locals beforehand. If true, this would mean a reduction in the villagers’ income.