FROM UNDERDOG TO KEY PLAYER: A LOOK AT STARTIMES’ GROWTH IN AFRICAN PAYTV MARKETS 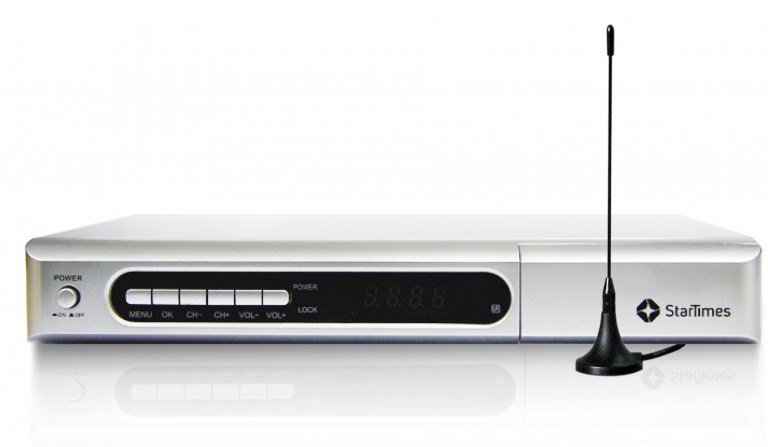 In the last few years, Africa’s pay TV market has become increasingly competitive with new entrants aiming for a slice of the lucrative pile as the continent opened up to cable television and subscription payments. Since its establishment in 1995, MultiChoice’s DStv had grown to enjoy an enviable dominance in the market but slowly, while it continues to enjoy its status as market leader, there are a number of operators who have showed real intent, since entering the market, of cornering a significant portion of subscribers. One of those is StarTimes, a Chinese media enterprise.

StarTimes launched its Africa division, Star Africa Media, in 2007. Kicking off in Rwanda, the move signalled the start of an expansion phase into the African continent and so far, the move appears to have long term potential of both sustainability and profitability. Since launch, operations have expanded from one country to 13 countries- including Kenya, South Africa and Tanzania- and StarTimes has garnered over four million subscribers with Nigeria alone accounting for about half that amount.

Nigeria, being one of StarTimes key market, has been one of the main focuses of the expansion. With a population of 170 million, StarTimes rightly identified Nigeria as a crucial cog to the success of its long-term and the company’s investments in the country have exceeded $100 million.

Given its affordability with subscription packages as low $2 monthly, StarTimes marketing and operating strategy was visibly to cater to the low end market while other players in the industry targeted the high end. Deploying in Nigeria in 2010, the company gathered 900,000 subscribers within its first two years and in February 2015, it announced a subscription base of two million. Despite the competition from GOtv, the new variant from MultiChoice to also cater for the low end market with subscription fees as low as $7.5, StarTimes continues to enjoy growth.

Also, with backing from institutions like the Export-Import Bank of China and the China-Africa Development Fund, second-largest stockholder in the firm, StarTimes can also boast of significant financial support.

Despite starting off with seemingly second rate content, particularly in sports programming, StarTimes is beginning to show intent with regard to its content as it has recently sealed various broadcast deals with the world governing body FIFA for assets such as the just concluded U20 World Cup, the ongoing Women’s World Cup, the upcoming U17 World Cup, next month’s FIFA Beach Soccer World Cup as well as the preliminary draws for the 2018 FIFA World Cup. In addition to its football roster for next season, the company also announced broadcast rights for the German Bundesliga for a five year period. Already showing games from the French Ligue 1, the channel can already boast of broadcast rights to two of Europe’s big five leagues and even though the English Premier League, the La Liga and the Serie A are considered more valuable broadcast assets, StarTimes still offers significant value to its subscriber base.

In its eight years of operations on the African continent, StarTimes has enjoyed admirable all-round growth and continues to prove that, despite the failures of other companies, it can successfully operate in a market that has seen more domination than competition.