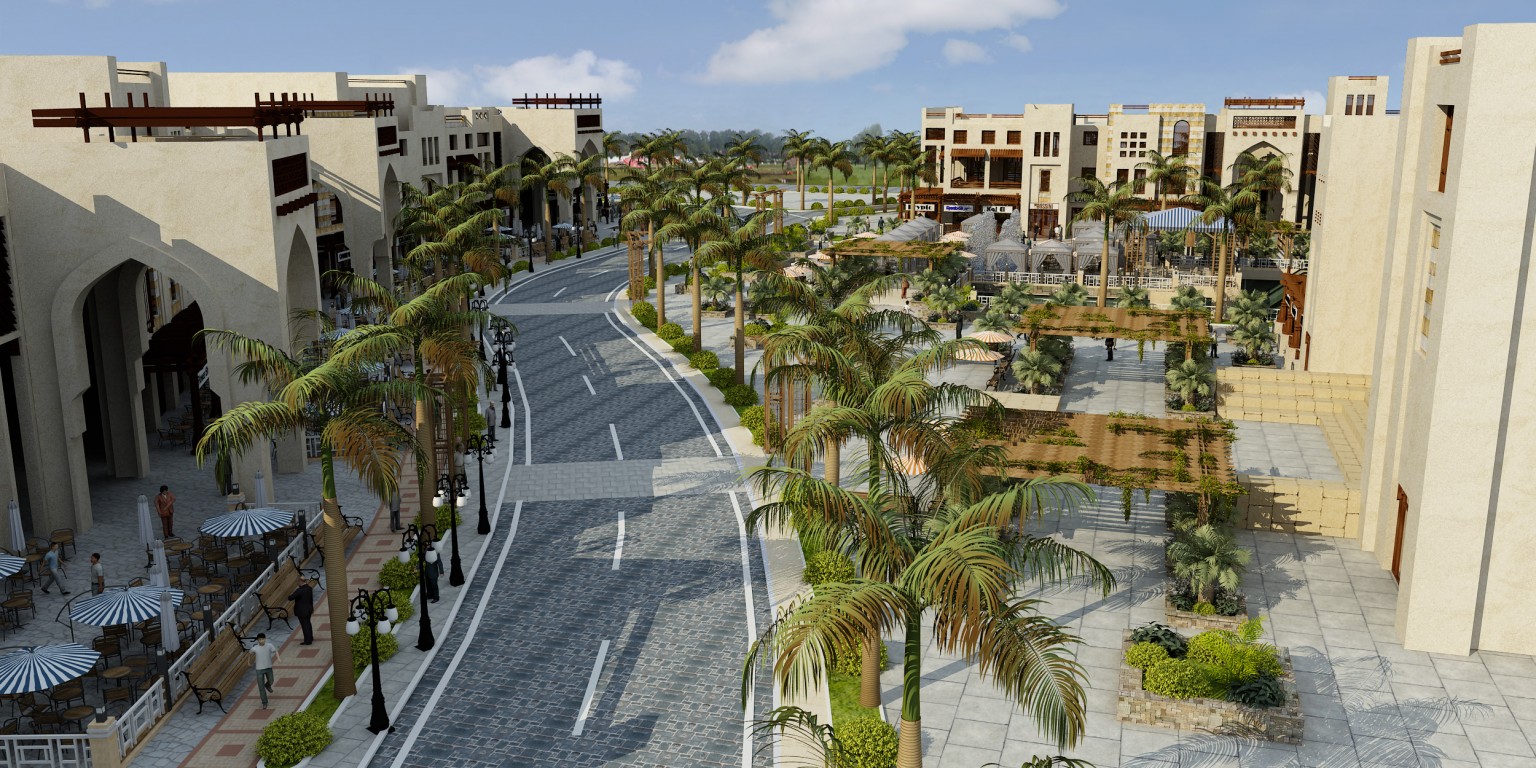 Real estate remains a booming opportunity for Africa-focused investors for good reasons. The growth of Africa’s cities creates a demand for increased volumes of high-quality commercial and residential real estate.

The rise of the urban middle class drives retail property development, particularly as modern shopping malls spread across the continent.

A growing number of multinational companies are searching for office space in the newly emerging cities. The rise of regional tech hubs and an expanding oil and gas sector creates job opportunity with no place to house the employees.

Africa’s population boom is also a burdening factor on Africa’s cities. A need for mass market affordable housing, high-end properties and all in-between stems from the diversity in the multiplying populations, including middle to high-income locals and young entrepreneurial.

As an investor, these five countries offer the greatest investment opportunity in real estate (provided you find the right developer as a partner):

Angola is Africa’s fifth largest economy with Luanda and Huambo as its major cities. Despite the recent construction of new properties across the both cities, primarily Luanda, the country suffers from a lack of good quality office and residential space. Surveys reveals that the majority of the near 300,000 square meters of office space brought to the market during 2014 – 2015 was already pre-leased or sold before officially opening. Although oil prices have fallen, the oil sector remains the primary occupier of local real estate with no signs of letting up. Prices for office space, accordingly, are the highest in Africa at $150/m2 per month in Luanda (the 2nd highest in Africa is comparatively $65/ m2 less).

A growing industrial property market – largely associated with the oil sector – is fully occupied, particularly in the Luanda port area. Some space is available in Viana to the east of the city but with strict criteria for potential tenants (i.e., many potential tenants cannot get access to space). Officials are consequentially looking to boost warehouse space, especially as port activity increases in the near future.

The retail market, although in its infancy, also provides a high return on investment with prices at $120/m2 per month and a rapidly expanding middle class in Luanda.

The residential market may be the least attractive in the country. “In the country” is the key word. Downward pressure on residential prices from falling oil prices still means that you pay more than 3x the price for a house compared to the 2nd most expensive market in Africa.

Nigeria is Africa’s largest economy with Lagos and Abuja as its major cities. You get mix reviews from developers in Lagos and Abuja on the effects of recent construction. Capital has been poured extensively into both cities. Yet the prices in both markets are consistently at two of the most expensive. Lagos office space rents for $85/m2 per month while the Abuja office space, despite being in a market nearly 1/4 the size of Lagos, still rents for US$72/m2 per month.

As Africa’s sixth fastest growing economy (according to IMF projections 2015-2019), Nigeria is likely the most attractive market for retail property. Private equity funds have been active in this space in Nigeria for several years but prices remain high.  It is home to the 3rd and 4thmost expensive market for retail space at $80/m2 and $72/m2 per month in Lagos and Abuja respectively. New construction was delayed a little prior to the election but has resumed to normalcy with prices not projected to significantly drop until late 2016, if not later, as population growth in Lagos remains one of fastest in Africa. Housing prices accordingly still sit at the top of the range, only ‘outpaced’ by the aforementioned Angola. An executive house with 4 bedrooms goes for $8,000 and $8,500 per month in Lagos and Abuja…again, in Angola, the same property costs about $25,000.

Egypt is Africa’s third largest economy with Cairo, Alexandria and Giza as its major cities. Egypt is not Africa’s fastest growing economy – not even breaking the top 20 in Africa for the next five years. But its retail market is booming and looks to stay so in the near future. The drop in the retail sector during the Arab Spring hurt the growing sector back in 2013 through 2014.

The return to growth in 2015 begins with regaining lost production to match pre-Arab Spring numbers and then expanding at a rate that could surpass pre-Arab Spring projections. Cairo retail space accordingly is renting for $100/m2 per month with some insiders estimating that the price could rise in the short term as consumer spending grows and retail development slowly catches up to match the demand.

Office space rents for $35/m2 per month in Cairo, making it one of top 15 expensive cities. But the presence of a significant amount of office space and rather slowly re-emerging economy (especially if you exclude the retail sector) limits the upside for this subsector. The industrial and residential market are similarly in the same situation with pretty moderate prices compared to other major African cities.

Offshore natural gas and a growing middle class underscores the changing real estate landscape in Mozambique and the country’s global reputation. It is projected as the 2ndfastest growing economy in Africa over the next five years, only trailing Ethiopia. Maputo is its major city (and capital). Although rather small for a major African city (with less than 2 million people), real estate prices show little sign of dropping.

Office space rents for nearly $40/m2 per month. Demand rapidly increases as banks, telecoms, and diplomatic/aid agencies consume the limited amount of good quality properties. The arrival of oil and gas executives has effectively led to the conversion of high luxury houses into office space until property developers can satiate the sector’s appetite.

The Mozambican government’s plans to invest heavily in the country’s industry and manufacturing market is pushing up industrial real estate as companies rush in. Prices at the ports, particularly for warehouses, is one of Africa’s most expensive. But most estimates and talk coming from government officials suggest this subsector may not be anywhere near as attractive as the office space subsector as the government may fit a good amount of the bill which should create downward pressure on prices.

Retail, although in a similar infancy stage, has a greater upside as consumer spending skyrockets. Retail space rents for $40/m2 per month in Maputo, which makes it one of the ten most expensive African cities for such space. Beyond that, it is also a city that will rapidly see rising incomes post-gas production and export in the near term.

Both countries are still ‘top opportunities.’ Retail space is attractive in both countries, specifically in Johannesburg (SA), Cape Town (SA), and Nairobi (Kenya). Retail space is the 5th most expensive at US$60/m2 per month in both Johannesburg and Cape Town and 8thexpensive at US$48/m2 per month in Nairobi. Although attractive on the surface, insiders suggest that recent strikes in the South African market and the terrorism in Kenya has slowed the demand from potential retail tenants as the local economies flush out the internal issues. Office space prices moderated in the past 12 months in Kenya as business has been hesitant to expand until the government addresses its suddenly re-emerging terrorism concern. All that being said, we are discussing Africa’s 2nd largest and 8th largest economies in South Africa and Kenya respectively with Kenya as the projected tenth fastest growing economy in Africa through 2019. What seems risky to today will pay dividends in the long run…at least the numbers suggest so.