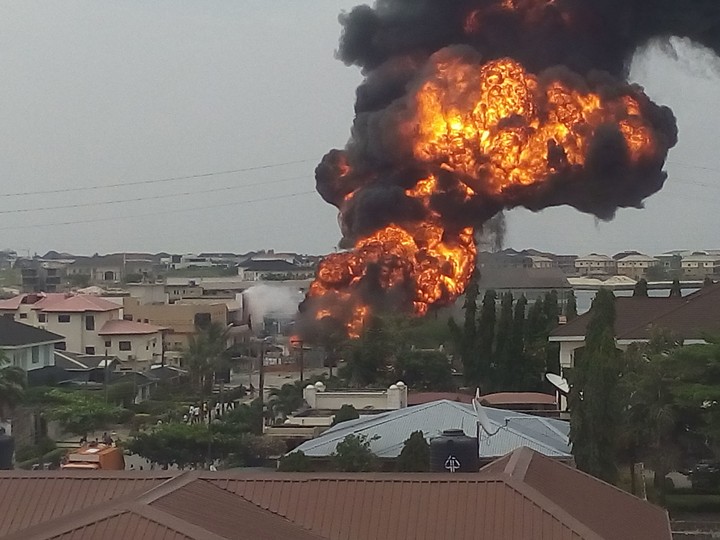 The massive inferno is reported to have engulfed the station and spread to other places near the facility. A thick black smoke reached over 300 feet filled the air and was seen as far away as Victoria Island.

It’s not clear what caused the fire explosion but eye witnesses account suggest that a tanker loaded with petrol exploded at the ASCON filling station.

Fire service officials were already on site, battling the fire as residents and on-lookers joined in the rescue of lives and property.