DOES THE LEGALISATION OF SAME SEX MARRIAGE IN THE US HAVE IMPLICATIONS FOR AFRICA? 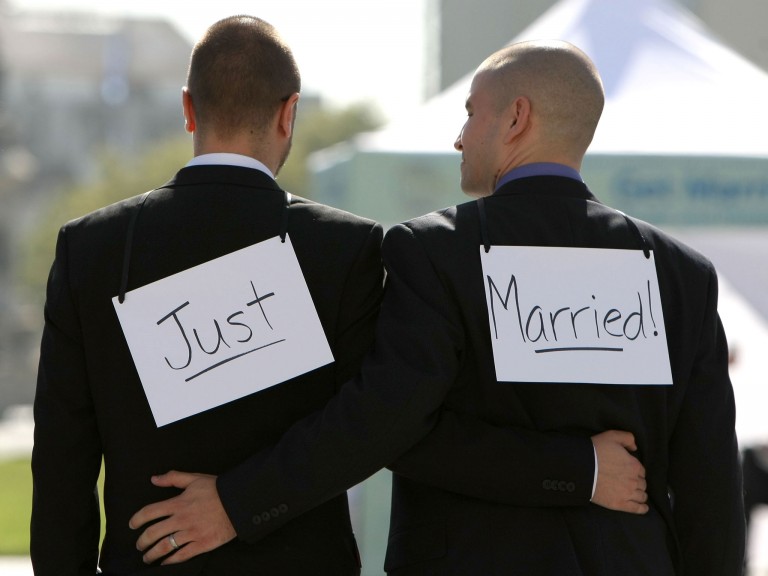 This past week, the United States Supreme Court made history by legalising gay marriage in all fifty states of the country. The numerous plaintiffs from sex marriage cases across the United States of America, have not only increased the number of states where gay marriage is legal, but also sparked a conversation about what the approval means means for LGBTQI rights within the institution of marriage and beyond. It’s no secret that African nations are often shamed for having problematic legislation around the freedom of sexuality but amidst this perception, and what can this victory in the U.S. mean for Africa?

According to prominent blogger and activist Dercio Tsandzana, Mozambicans don’t necessarily deny homosexuality, “but one can’t say either that it is accepted.” It therefore came as no surprise when the government of Mozambique repealed its anti-gay law  yesterday following the introduction of a new penal code that has displaced old Portuguese colonial laws. So far there have been little or no reports of anti-gay violence or social friction even though movements against homosexuality and discrimination is widespread across the continent.

Being gay is punishable by death in countries like Sudan and Mauritania. But the battle for freedom of sexuality is both legal, as well as a question of public perception. For instance, 9 in 10 Nigerians (90 percent) do not believe people are born homosexual, making same sex marriage a very sensitive and somewhat forbidden topic of discussion.

The 2014 Same Sex Marriage Prohibition Act in Nigeria punishes gay relationships with a 14 year prison sentence, while belonging to any gay association is punishable by 10 years imprisonment. Circumstances which have become worrisome for certain human rights organisations who are committed to freedom of expression, while supporting literary works in Africa.

Following the steam from the U.S., using placard images reading “Stop the bill, consensual love is not a crime”, a PEN America and PEN Nigeria called for Nigeria to repeal laws that legalize discrimination against lesbians, gays, bisexuals, and people who are inter-sex and trans-gender.According to the PEN America Executive Director, Suzanne Nossel, LGBTI Nigerians cannot express their identities, advocate for their own human rights or publish about their experiences. While PEN has asked President Muhammadu Buhari, to retract the laws which forbid the free expression of sexual orientation, it’s difficult to say whether he’ll publicly acknowledge their plea.

In a recent survey conducted by opinion researcher, NOI Polls, while Nigerians do not supportmarital rights for the LGBTQI community, they are relatively in support of their access to public services. For example, 3 in 10 Nigerians (30 percent) believe they should be given equal rights to healthcare, housing and education. There were also findings which revealed that majority of adult Nigerians (87 percent) support the Same Sex Marriage Prohibition Law. A figure which was realised in 2013, even before the passing of the 2014 law (based on a survey NOIPolls conducted in June 2013).

Even though it may be a welcomed development in other parts of the world, it is a mystery as to when Nigerians and other Africans will fully embrace LGBTQI rights. Earlier today, President Mugabe said he would propose to Barack Obama, mocking the victory. And considering the fact that Mozambique scrapped the anti-gay law and yet is still silent about officially recognisingLambda, the only gay rights organisation in the country, the question remains- are Africans ready to take about freedom of sexuality?