Disney Africa, What The Future Holds 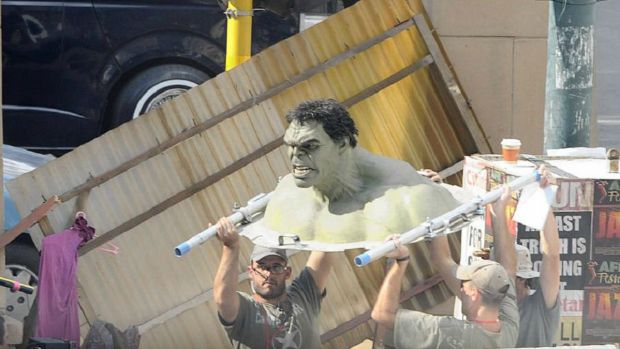 U.S.-based Walt Disney Co. has been busy in Africa.

It’s the world’s second-largest media and entertainment conglomerate in revenue after Comcast, but in Africa, Disney is is not all about theme parks and cruise ships.

With three channels across Africa, Disney works to provide local content, learning what works and what connect with audiences.

Christine Service, senior vice president and country manager for the Walt Disney Co. Africa, talked about the recent aggressive push into Africa in an interview with Christopher Vourlias of Variety.

Christine Service, VP Disney Africa: “We’ve always been very focused on the continent, particularly in South Africa, where we’ve been working very hard over the past decade to put in all the building blocks of our business, other than obvious things like theme parks and cruise ships.

When the Marvel team came out here to shoot a segment of “Ultron,” that was very much driven by a location decision of the director, looking for a particular type of location. On the back of that amazing, successful experience, we went on and we made a whole movie on the continent, which was “Queen of Katwe,” where it was shot in Kampala and in Johannesburg. Then people in the studio understood that went really well, and then the next thing happened. Now we’re filming a TV series in Stellenbosch, which we’re hoping will be a much longer engagement. There’s been a bit of a snowballing effect.

Our role in the Triggerfish project is to lend our support in terms of the mentorship program. We know those guys, we respect what they’ve done. They’ve made two great films. It’s really such a nice, South African success story, and we felt we wanted to support them in this effort that they’re doing, which is quite heroic. They’ve called for scripts from across the continent to find the next story. What we’re doing is helping them with the judging process and lending some of our expertise on the TV side and the film side. And then we’re going to take the winning teams and give them an immersion in Burbank (California, U.S.), let them see how we do it. That’s just us saying, “We like what you guys are doing, and we want to lend a helping hand.” It shows that Disney cares about the local industry here, and we’re trying to help develop it.

What are Disney’s plans on the continent in the next few years?

A couple of years ago, we worked with a partner in Nigeria, EbonyLifeTV, to produce “Desperate Housewives Africa,” and so we would love to be able to look for more opportunities like that, where we take Disney’s great global IP and find a way to make it really internalized for viewers on the African continent. The rest for us, it’s really about the normal building blocks that Disney has. Our retail businesses are very important to us, and we’re really looking to expand those on the continent. That is in many ways a complex thing, and for us it’s really about the supply chain and the logistics of it. The retail trade is predominantly informal trade in many countries. For us, it’s quite a complex approach of getting distributors and our products into markets. So that’s an area that we’re very focused on.

On the production side, there aren’t many places on the continent that have a strong infrastructure in place. How much of a challenge is that as Disney moves further into Africa?

First and foremost, Disney is a company that makes content predominantly out of the U.S. for the global arena. To the extent that we’re doing things on the production side on the continent, that’s not necessarily the core of our strategy. So in that sense, it’s not a limitation to our main business. Our core business is making amazing content out of the Marvel Studio, the LucasFilm Studio, Disney, Disney-Pixar, out of our channels, and make sure that we take this great global content and connect it locally wherever we are: how we distribute it, how we market it, how we tailor it to a local market. From a production point of view, lack of infrastructure and facilities isn’t really a problem to the core of our business. It’s great for us that we’re able to say we shot parts of a Marvel film, parts of a Disney feature, and now an ABC TV series in South Africa — that’s a great story. It’s great to know that there are these skills, and if there aren’t the facilities, then we’ll invest in them, which is what we’re doing with the ABC series here.

Is there anything about the African market that is more unique or more challenging, in terms of extending the Disney brand across the continent?

The biggest challenge is the infrastructure. Based on what we know about consumers’ appetite for our brand, for example, in South Africa, brand affinity for Disney is second only to Italy. Recent research we’ve done in Nigeria, again, the appetite for the Disney brand is there, and the affinity is there for it. People say, “We want more. Where are you?” For us, the issue is the infrastructure. We don’t build cinemas. We don’t build out pay-TV networks. We don’t build free-TV broadcasters. We don’t build retail stores. That, for me, is the barrier. For us, we have to think about how to do things differently so we’re not held back by some of the infrastructure challenges.
We continue to be concerned about IP protection, and the legal frameworks for that. For us, that’s absolutely critical in any country. I think that’s key for us.