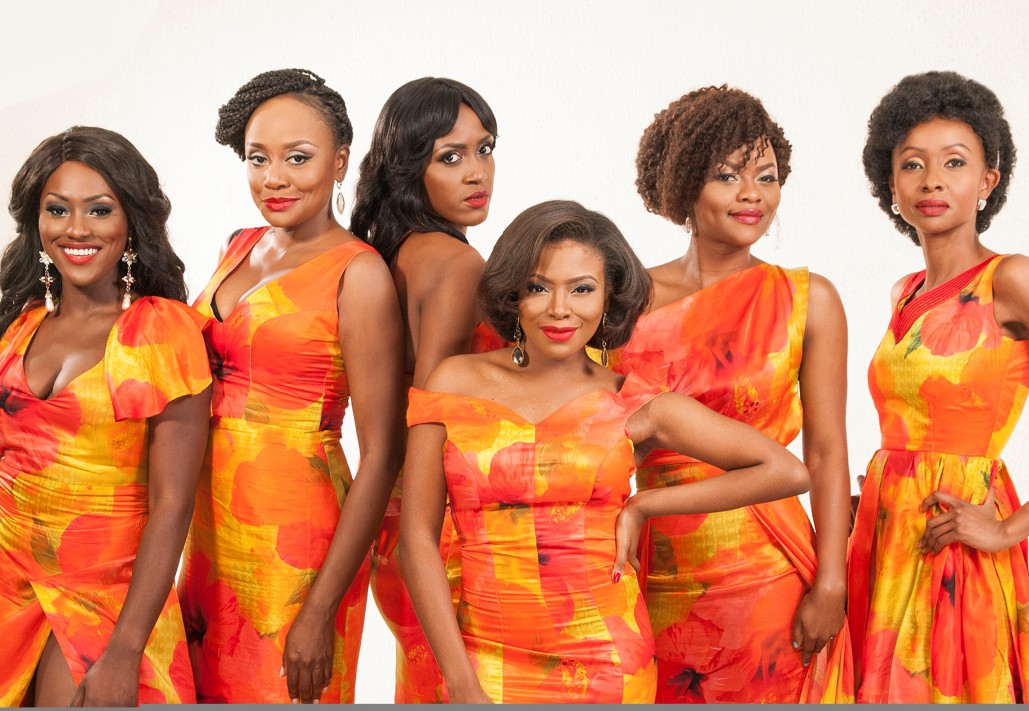 Desperate Housewives Africa, the local adaptation of the multiple award-winning ABC television drama hit series, is set to launch on April 30, 2015, exclusively on EbonyLife TV, DStv Channel 165. This launch is to be preceded by a premiere in Lagos on April 28 where the new Desperate Housewives of Africa will be introduced in person along with the all-African suburban ‘Wisteria Lane’ neighbourhood where the series will be based.

Whilst the set location is still under wraps for the time being, it can be confirmed that Desperate Housewives Africa will closely reflect the original multi-award winning American version with a uniquely African flavour. Viewers can look forward to an enthralling and spell-binding homegrown pilot that takes the Desperate Housewives format as you once knew it to scandalously new dimensions.

When an outwardly successful neighbour Rume Bello, played by Marcy Dolapo Oni, succumbs to death, her friends continue to deal with their everyday lives and, as seen through Rume’s eyes, the story mysteriously unravels in a dramatic, comedic whirlwind which will have you at the edge of your seat calling for more.

Michelle Dede portrays the character, Tari Gambadia. Her ultimate desperation is unknown at first as she competes for the attention of a new hunky neighbour who has his own ulterior motives?

Nini Wacera, portrays Ese De Souza, a housewife who struggles with maintaining the perfect family … but will her outward impression of perfection successfully mask the disturbing dysfunction in her household? Kehinde Bankole, as Kiki Obi, continues a rather sordid and sleazy love affair; will her husband catch her in the act?

And Omotu Bissong, who stars as Funke Lawal, copes with life as a stay-at-home, fatigued mother of four boisterous and rambunctious children. What possibly could be her desperation?

All these mysteries will evolve in each episode of Desperate Housewives Africa.

According to Christine Service, Senior Vice President and Country Manager of The Walt Disney Company Africa comments, “We are very excited that one of ABC’s hit television series is being made for African viewers.  This is a first for the continent of Africa and we could not be more proud of what we have seen so far of Desperate Housewives Africa.”

Mo Abudu, Executive Chairman and CEO of EbonyLife TV, has this to say about the production. “Once again, I am pleased to say that we are extremely excited to bring this rich, thrilling and captivating drama to our local and global audiences. We have put in a lot to maintain our premium homegrown quality of  production and our viewers can absolutely look forward with great delight to watching a most riveting adaptation of the multiple-award winning version from Africa; one with a uniquely African essence that closely mirrors the format and storylines of the multiple award winning American version.”

For Director of Scripted Programming, Quinty Pillay, “No stone has been left unturned in ensuring that we worked with the best in every facet of the production. We have taken the multiple award-winning original version and given it a distinctly African twist, from the storytelling, to the ‘look and feel’ of the entire production, without compromising on the global appeal. Viewers in Africa and indeed the rest of the world will hate to miss a second of every episode of it!”

Headline sponsors for the production include Airtel, leading global telecommunications company with operations in 20 countries across Asia and Africa; Snapp, Diageo’s unique apple-flavored alcohol drink for independent female consumers; Oral-B, worldwide leader in the brushing market; and Ariel, the marketing line of flagship laundry detergents made by Procter & Gamble.

Desperate Housewives Africa is supported by CMB Property Developers, a leading and award winning all-encompassing real estate development organization with an objective to revolutionizing the sector for the purpose of engendering participation from every segment of the populace; Universal Furniture, dedicated to helping people express their unique sense of style by developing fashionable, customized and innovative home, office and industry furnishing at great value; MAC Cosmetics, globally acclaimedprofessional and quality makeup artist quality cosmetics, offering more than 100 shades for eyes, lips and face, indeed, everything amakeup addict can’t live without.

The original Desperate Housewives won both the 2005 and 2006 Golden Globe Awards for Best Television Series – Musical or Comedy, and was created by Marc Cherry and produced by ABC Studios. The series is broadcast in more than 200 territories around the world, where it has been one of the most popular U.S. TV shows in recent history with its eighth and final series concluding in 2012.