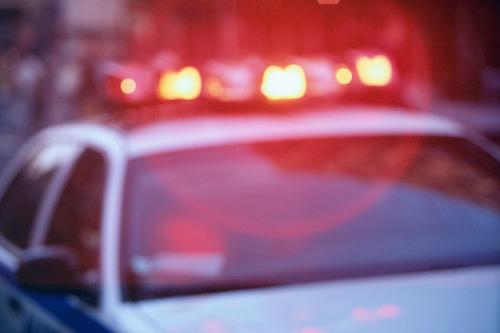 Spanking is a divisive issue in America – according to one poll, 78 percent of parents say spanking can be appropriate, while most parenting experts warn against it. In the eyes of the law, though, it’s acceptable: Corporal punishment is legal in all 50 states.

But just to be on the safe side, one father in Florida called in the local authorities last week to supervise as he spanked his 12-year-old daughter.

STORY: To Spank or Not To Spank? That Is the Question

“My understanding is that the father was going to render corporal punishment to his daughter,” Undersheriff Neal Stephen, of the Okeechobee County Sheriff’s Office, tells Yahoo Parenting. “She said ‘no you can’t, it’s abuse.’ And the father said ‘Okay, let’s call the sheriff’s department to find out.’”

Stephen says one of his deputies answered the call, went to the family’s home, and told both the father and daughter that corporal punishment was within the dad’s rights as a parent.

The father spanked his daughter four times with a paddle, according to the incident report.

STORY: Dad Enlists Cops to Give Daughter Tickets — To a Concert

Stephen says the call to his office was for the father to prove to the daughter that spanking was legal. “We have an ‘asking why’ generation,” he says. “Adolescents question what exactly parents can do, which makes parents begin to question. There is a misconception among kids that spanking isn’t an option for parents. I’m not saying it’s the answer, but it’s their prerogative.” Since the deputy was already there, the father asked him to stay to supervise the paddling, Stephen says.

But just because something is legal doesn’t make it right, and Stephen says he and Child Services don’t always interpret parental behavior in the same way. “I’m there to determine whether or not a criminal act took place,” he says. “Child Services is there to determine if something was right by their statute. We may not always agree on our interpretation of what happened.”

Dr. Alan Kazdin, director of the Yale Parenting Center, says corporal punishment is ineffective. “Moderate or severe spanking doesn’t change behavior,” he tells Yahoo Parenting. “It stops it in the moment, but doesn’t change the rate of the behavior in the coming days, months or year, and will actually increase the negative side effects.” These side effects can include increased risk of mental health problems, short-term and chronic physical health problems, and even an altered immune system.

So what should parents do? “The better route is one that focuses on building the behaviors you want,” Kazdin says. “Instead of punishing,  praise incidents where kids do good things.”

“This dad was right, the law intervenes only in extreme cases,” Kazdin says. But if he wants his daughter to stop misbehaving, he might take another route next time. “Based on the evidence, spanking is an ineffective way to change people.”

Stephen says this isn’t the first time his department has answered a call from a disciplining parent. “We’re not in the service of standing by while parents spank their children,” he says. “But I’ve seen this maybe a dozen times in my 27 years on the job.”