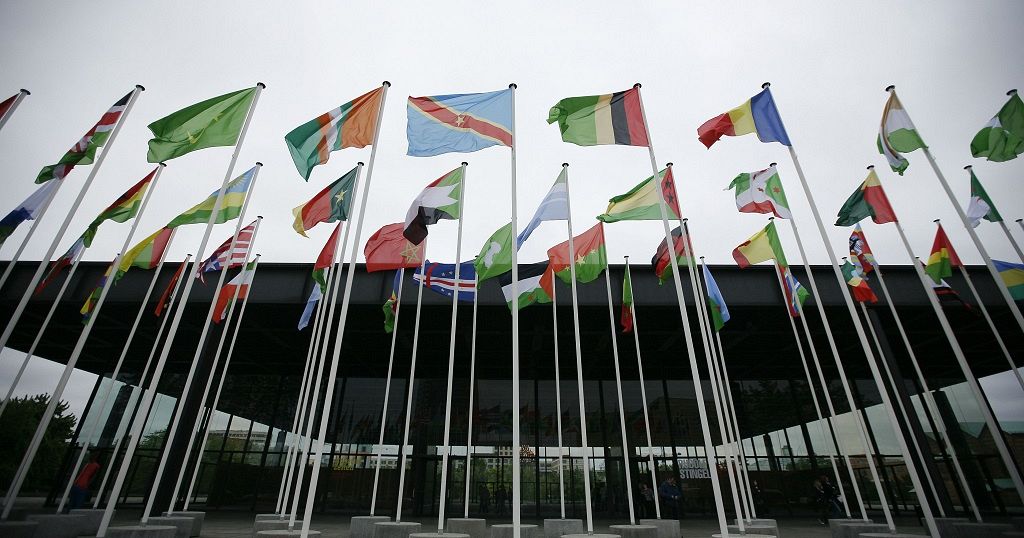 The coronavirus epidemic continues to disrupt life across the world. The disruption is all but gathering steam in affected even virus-free African countries. The rate of infection is lower on the continent as compared to Europe, Asia and parts of the Americas, where lockdowns are in place.

South African president Cyril Ramaphosa extensively outlined the economic impact of the pandemic on the economy – mining, tourism – in his first address on Saturday. In Nigeria, the government is looking to revise the current budget.

Our main coronavirus hub is seized with major developments around the epidemic. This piece will focus on the impact on business with emphasis on a raft of incidents that have been undertaken.

The United Nations Economic Commission for Africa, ECA, has turned to technology as it seeks to gauge the impact of the coronavirus pandemic on economies across the continent.

The ECA headquartered in the Ethiopian capital cancelled a scheduled conference of minister last month at a time that the pandemic was at the stage of an epidemic and was arriving in Africa.

As of today (March 19), there are over 630 confirmed cases with 16 deaths across 34 African countries. The numbers continue to rise as governments move to implement a flurry of restrictions including closing borders and imposing strict public guidelines.

South Africa president Cyril Ramaphosa in an address last Sunday admitted that the country’s economy especially in the area of mining and tourism had been badly hit by COVID-19.

Ghana’s finance minister told parliament recently that a $100 million fund announced by President Nana Akufo-Addo was not readily available and the country may have to turn to international lenders to raise part of the money.

The record budget of Nigeria, Africa’s largest oil producer estimated at 34.6 billion dollars for the year 2020 will likely be revised downwards, according to the Ministry of Finance.

This is due to the sharp drop in the price of crude oil which is also related to the coronavirus pandemic. The proposed revised figure will be 1.5 trillion naira (about $5 billion) less the original figure of 10.9 trillion naira.

World oil demand is expected to contract this year for the first time in more than a decade, as the coronavirus epidemic is causing a blockage in economic activity, the International Energy Agency disclosed recently.

Another trigger effect of the crisis on the oil market is the tensions between Saudi Arabia and Russia, two OPEC heavyweights that have caused the production pact between the two countries to collapse.

The 2020 budget, adopted in December, was calculated assuming crude oil production of 2.18 million barrels per day at a price of $57 per barrel.

Nigeria is still struggling to emerge from the 2016 recession, which was caused by the collapse of oil prices at the end of 2014, with economic growth currently hovering around 2%.

As part of measures to reduce handling of cash amid the coronavirus pandemic, Telecom operators in Ghana have agreed with the Bank of Ghana, BoG, to waive charges on a certain amount of transaction.

All transfers of 100 cedis (about $18) or below will attract no charge according to a current directive from the BoG. the measure is supposed to be in place for the next three months.

“The Bank of Ghana has agreed with banks and mobile network operators on measures to facilitate more efficient payments and promote digital forms of payments for the next three months, subject to review, effective March 20, 2020,” a BoG statement noted.

The West African country has a high mobile network coverage with most people preferring money transfers using mobile transactions that banks. All networks have platforms that offer a wide range of services from sending and receiving money to the payment of utility bills etc.

Kenya’s major network operators had also announced a similar measure days back. Kenya’s M-Pesa is one of the most efficient mobile money transaction platforms across Africa.

Reports indicate that some people had been going round asking South Africans to surrender their contaminated bank notes and that it was part of the SARB efforts to curb spread of coronavirus.

The BBC reports that persons involved in the scam have been issuing fake receipts for the money collected, saying banks will compensate them.

“The SARB will never ask members of the public to hand over their cash,” the bank said. In a Twitter thread, it said no banknotes or coins had been withdrawn and no instruction issued to hand in money that might be contaminated.

It also urged members of the public to contact the police when approached by “individuals purporting to be SARB employees or representatives”.

Zimbabwe’s President Emmerson Mnangagwa has declared a national disaster over coronavirus even as the country is yet to confirm any case.

Mr Mnangagwa has also postponed independence day celebrations scheduled for 18 April and banned all public gatherings of more than 100 people.

The Zimbabwe International Trade Fair (ZITF) that was to take place in the south-western city of Bulawayo from 21-25 April has also been postponed. The ban will affect church gatherings, weddings and sporting events for 60 days.

The president told a press briefing at his office in the capital, Harare, there would be no travel ban, but discouraged travellers from countries that had confirmed coronavirus cases from visiting Zimbabwe. He also advised Zimbabweans against travel abroad until the pandemic was under control.

“Personally for my job, it went down a bit, because the clients now don’t want to be in public places. I work in a salon and nobody wants to show up because it is crowded most of the time”, a barber said.

Namibia has joined a host of African countries that have taken drastic measures to prevent the spread of the coronavirus. Windhoek has shut down buildings like the National Gallery and libraries in a bid to prevent social gatherings. Notices posted to the premises said the facilities will be reopened on April 14.