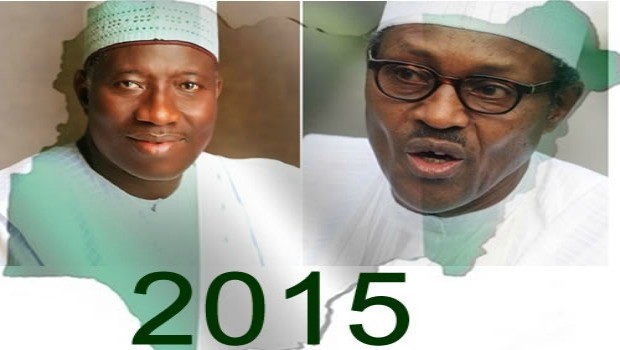 A party atmosphere descended on the northeastern Nigerian city of Maiduguri as thousands lined the roads to welcome opposition presidential candidate Muhammadu Buhari with chants of “Only Buhari” in the Hausa language.

Buhari’s campaign visit on Feb. 16 to the birthplace of the Islamist group Boko Haram before the March 28 presidential vote sparked an outpouring of enthusiasm for the 72-year-old former military ruler who many in the crowd believed is strong enough to end the militants’ six-year-old insurrection.

“This election is to me a life-and-death issue,” said Falmata Modu, a 45-year-old mother of four who fled fighting in the town of Bama and now lives in a camp for displaced people in Maiduguri, the Borno state capital. “I believe to quickly go back home, I need someone who can have this nuisance sent packing from our towns.”

Buhari, a three-time loser in presidential races, has gained popularity against President Goodluck Jonathan, 57, as Africa’s most populous nation reels from Boko Haram’s war and a collapse in crude prices that has hammered the economy. With many Nigerians blaming the ruling People’s Democratic Party, it may be the first time the opposition has a chance to win the presidency since the country restored democracy 16 years ago.

“This will be the most closely contested election since 1999 and there’s a good chance there will be a change in government,” Joseph Rohm, who helps manages $1.7 billion of equities for Investec Asset Management, including Nigerian stocks, said by phone from Cape Town on Feb. 17.

Investors have fled Nigeria as crude prices fell by almost half from the middle of last year. Outflows from the equity market in November were the highest since at least 2012. The naira has fallen 20 percent against the dollar in the past six months, the most among 24 African currencies tracked by Bloomberg. In January the International Monetary Fund cut its 2015 growth forecast for Nigeria to 4.8 percent from 7.3 percent.

While cities like Maiduguri may be home turf for Buhari as a northern Muslim, he’s also attracted crowds in the predominantly Christian south.

In the far southwest of the country, 25,000 people packed the Teslim Balogun Stadium in Lagos, the commercial capital, in late January. When the man vying to be the next leader of Africa’s biggest economy and oil producer emerged, they too chanted “Sai Buhari,” or “Only Buhari.”

Buhari, a retired Major General who lost to Jonathan in the 2011 election, has led Nigeria before, when he overthrew a democratically elected government on Dec. 31, 1983. His 20-month rule ended when he was ousted by another military coup. His government is remembered for a clampdown on corruption and human rights abuses, with hundreds of politicians, businessmen and journalists jailed.

This could count against him, particularly outside his northern heartland, according to consultancy Teneo Intelligence. Ethnicity and religion play a key role in politics, with the country of more than 170 million people almost evenly split between a Christian south and Muslim north.

“It’s a legacy issue that Buhari will have to deal with,” Manji Cheto, a London-based analyst at Teneo, said by phone on Feb. 18. “There’s the suspicion in southern parts that there’s a northern push to dominate leadership in the country.”

Buhari’s supporters are adamant that his past record will bode well for Nigeria’s future.

“Buhari is a retired soldier, so we are not likely to see him allow his government to be messed around by corrupt people,” Jonathan Agbai, the chief executive of Jome Trading Co. Ltd., which sells Dell Inc. and Hewlett-Packard Co. laptops shipped from China, said in an interview in Lagos. “When he was a military head of state we saw how he dealt with people.”

Political tensions have risen since the electoral commission postponed the vote by six weeks until March 28 after the army said it needed more time to secure the northeast against attacks by Boko Haram. Buhari’s All Progressives Congress said the PDP coerced officials into the decision because it feared losing, an allegation the ruling party denies.

The APC, formed in 2013 with the merger of Nigeria’s biggest opposition groups, has focused its campaign on insecurity, the economic slowdown and corruption, which it says has worsened under Jonathan. Nigeria ranked 136th out of 175 countries in Transparency International’s 2014 Corruption Perceptions Index, in joint place with Russia and Iran.

“The corrupt will not be appointed into my administration,” Buhari said at a Feb. 26 appearance at the Chatham House research center in London. Nigeria has become “one economy for a few who have so much on their tiny islands of prosperity, and another for the many who have so little in their vast ocean of misery.”

Buhari’s campaign has benefited from public anger with Jonathan for failing to defeat Boko Haram. The militants now control swathes of the north east and killed 1,600 people in January alone, according to U.K. risk consultancy Verisk Maplecroft.

“Buhari’s hoping that difficult times lead to greater support for him,” Mark Schroeder, an Africa analyst at Stratfor, a geopolitical advisory company, said by phone from Austin, Texas on Feb. 17. “The poor handling of the insurgency has raised criticism of the Jonathan government and shifted support to the opposition.”

Businesses say violence and a weaker currency make it harder for them to operate in northern states and pay for imports. Agbai, the computer salesman, said the opposition can make a change.

“I voted for Jonathan in 2011,” he said. “I made up my mind last year to vote for anybody that the APC brings as their candidate. I want to sell my goods all over the country but that’s not possible with the killings in some states.”

The APC will aim for economic growth of 10 percent, according to its manifesto. It also says it will create 1 million jobs annually and the same number of new home owners within a year.

Beyond saying he will boost property ownership by bringing down lending rates to single-digits, below the central bank’s main borrowing rate of 13 percent, Buhari has offered few details on how he will achieve these aims, according to Lagos- based Primera Africa Securities Ltd.

“Buhari has an economic policy,” Lanre Buluro, head of research at Primera Africa, said by phone on Feb. 17. “It’s just not a strong point for him to articulate it. He’s working on his strengths of being the anti-corruption guy who’s the ex- general, strong with regards to the military and a disciplined individual.”

There’s a need to dampen public expectations about how quickly he can affect change, Buhari said at Chatham House.

“Those who are following the trail of the campaign and see how people were turning out; some becoming emotional and crying, I’m really getting scared,” he said. “If I get there they will expect miracle moves in the next weeks or months.”

Buhari, who joined the military after secondary school and attended the U.S. Army War College, will be hard pressed to fulfill his economic promises, according to David Cowan, an Africa economist at Citigroup Inc.

“With the halving of oil prices, whoever wins is facing a completely different set of policy choices to what anyone’s seen in the last five years,” he said by phone from London.